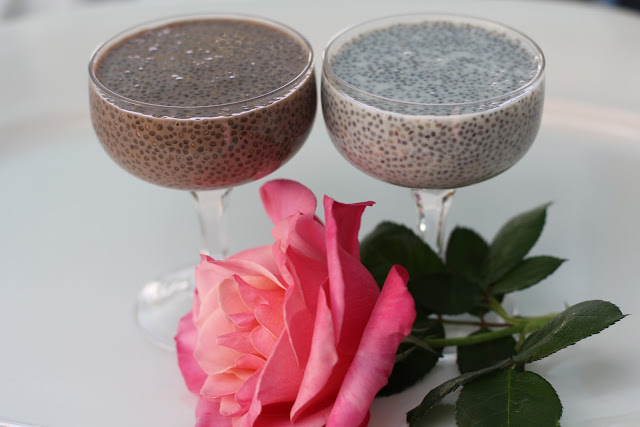 "Ch-ch-ch-chia!" I never bought into the whole Chia Pet craze of the early 1980s, nor, to my knowledge, am I personally acquainted with any Chia Pet owners (quite possibly because having a Scooby-Doo Chia Pet is not something that one would readily admit to having at home in casual conversation), but recently I became aware that chia isn't just for growing pets anymore. It's for pudding. Yes, it's true, and I have become an advocate of eating the tasty snack. 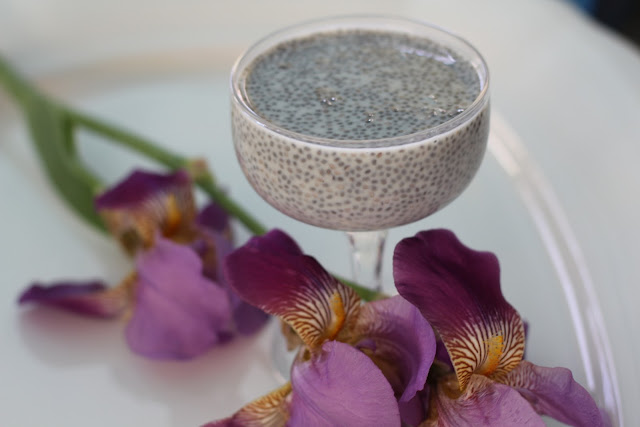 Ever on the prowl for more ways to add fiber, antioxidants, and healthy fats into my diet, a co-worker of mine named Michele, told me recently that she makes a yummy pudding out of chia seeds. Having spent twenty years trying to avoid chia in any form (I was certain that my sons would be begging for these new pets after their pet iguana died. Yes, tragedy struck after the heat rock in its terrarium got unplugged for several days. Looking back, this unfortunate incident can be blamed entirely on their Aunt Juliette, who meaning well, brought home a reptile to take up residence in my twin sons' bedroom. At the time, she thought it would be fun and educational). But back to the topic at hand… 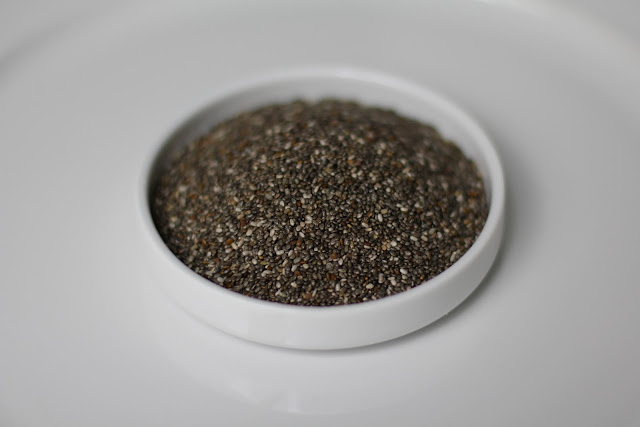 After a some cursory research on the history of chia seeds, here is what I found out. The cultivation of chia seeds can be traced back to the Aztecs in pre-Columbian times. It was such an important crop in those days that historians believe there was an annual "chia festival" that paid tribute to this life-sustaining plant. The name chia is derived from the Náhuatl word meaning oily, and the state of Chiapas in Mexico gets its name from chia, meaning the place where chia grows. Chia seeds are still consumed today in Mexico, Guatemala, and other parts of South America, as well as El Salvador. Australia is the largest commercial producer of chia seeds in the world today.
I learned from my oft-mentioned friend Silvia, who let me know (because I was evangelically extolling the virtues of my "new" discovery), that she had eaten plenty of chia seeds growing up. She said that her mother used to make chia smoothies for the family because it was an affordable way to add nutrients to her family's meager food budget. 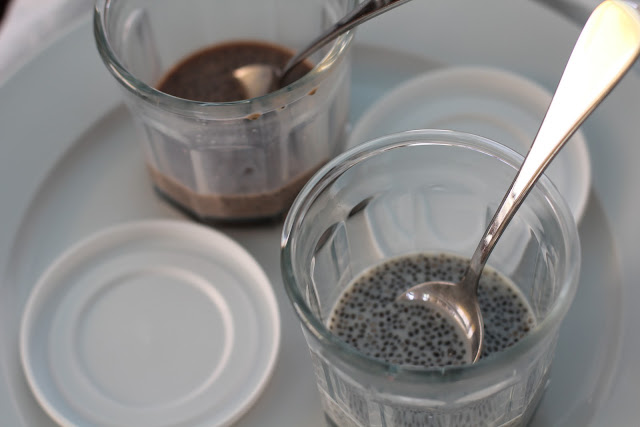 Chia is a kind of salvia (sage), as it turns out, and is a flowering plant in the mint family. It is rich in omega-3 fatty acids, protein, and trace minerals. It is also high in antioxidants (supposedly more than an equivalent amount of fresh blueberries), and these antioxidants help protect the seeds from becoming rancid. When the seeds are added to liquid, they soak up the liquid and become gelatinous in texture. There is growing evidence that the addition of chia to your diet can help balance blood sugar (so it is a great choice for diabetics and dieters), and that it supports heart and joint health because of the fatty acid content. Chia is rich in soluble and insoluble fiber. The mucilaginous fiber is also beneficial for colon health, helping prevent constipation and diseases such as diverticulitis.
A pleasant discovery for me, is that the pudding is delicious. It has a tapioca-like consistency, which was one of my favorite childhood treats. I have gotten in the habit of making Chia Pudding when I am getting ready in the morning for work. It takes only minutes, and it makes a wonderful mid-morning or afternoon snack. It can also be prepared the evening before and left in the fridge overnight. 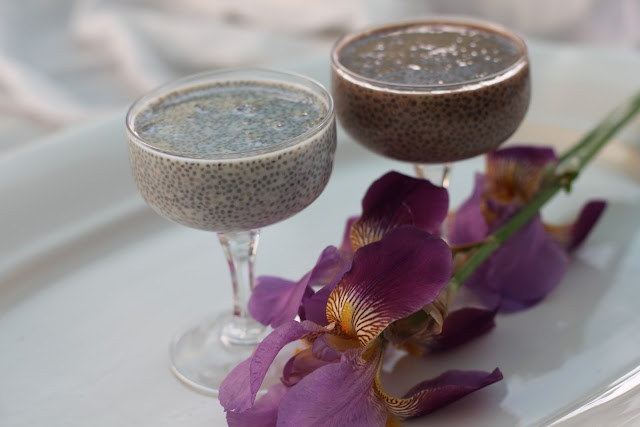 My favorite liquid to use is Earth Balance® Chocolate Soy Milk, because it is rich in texture and has plenty of chocolate. I have used almond milk and coconut milk (not canned, the beverage) with success. Milk, rice milk, fruit nectars, etc. can also be used.
Fresh fruit is a great addition to the pudding. I like to add fresh blueberries to the top before eating, creating a double whammy of antioxidant power. Bananas and strawberries are tasty choices, too. Of course, dried fruits such as diced dates, apricots or cherries would also be delicious.
Extracts are a fun way to boost flavor in the pudding. Pure vanilla extract works well with just about any liquid. You can also have fun experimenting with peppermint, almond or perhaps rum.
Chia seeds are available at Whole Foods Market in a variety of packages and in the bulk section. I store my seeds in the refrigerator to maintain freshness.
French Working Glasses with plastic lids stocked at kitchen stores or available on-line from Amazon work great for making and transporting the pudding.

Procedure:
1. Combine the chia seeds and liquid together in a covered container such as a 14-ounce Working Glass with tight fitting plastic lid. Sweeten to taste with Agave syrup or raw honey, about 1 tablespoon should do it. Stir and let sit on the counter for 10 minutes. Stir again, cover and place in lunch box or refrigerator. The pudding will thicken and be ready to eat in a couple of hours. 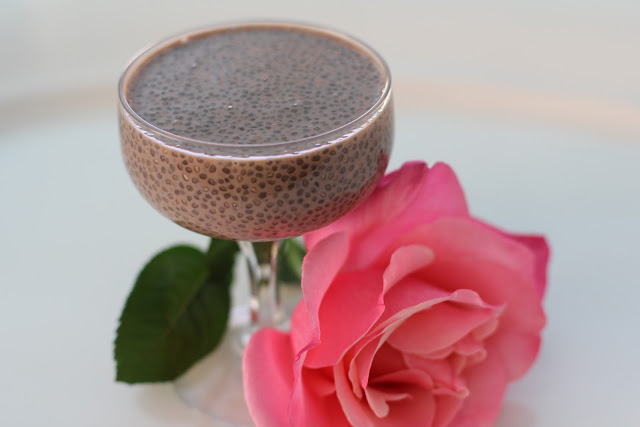 Posted by Salvation Sisters at 10:14 AM