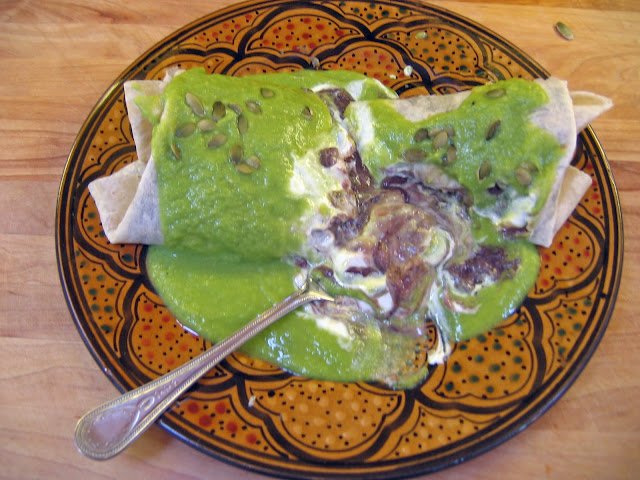 I recently read an article in the newspaper about a woman with a family to feed, no job and not much money. The article reported that she spent her days clipping coupons and then spending hours driving around town to buy the products that she had coupons for. The article went on to explain that this was why the family could not eat healthy meals, because all that they could afford were processed foods. This premise puzzled me, because I know that it can be different.
Want to eat cheap and healthy? Then introduce yourself to the bulk department at your local natural foods market or co-op. All bulk sections contain whole grains and beans, the foundation of a healthy diet with addition of vegetables and fruit. 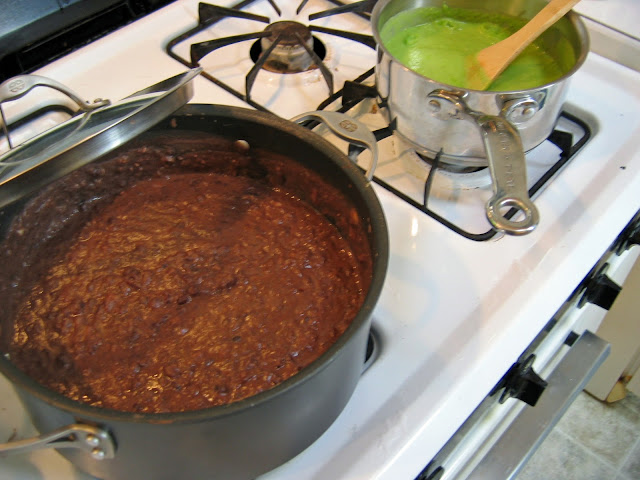 According to Wikipedia: "Beans are one of the longest-cultivated plants. Broad beans, with seeds the size of the small fingernail, were gathered in their wild state in Afghanistan and the Himalayan foothills. In a form improved from naturally occurring types, they were already being grown in Thailand since the early seventh millennium BC, predating ceramics. They were deposited with the dead in ancient Egypt.
Not until the second millennium BC did cultivated, large-seeded broad beans appear in the Aegean, Iberia and transalpine Europe. In the Iliad (late 8th century) is a passing mention of beans and chickpeas cast on the threshing floor.
The common bean has been cultivated for six thousand years in the Americas. The oldest-known domesticated beans in the Americas were found in Guitarrero Cave, an archaeological site in Peru, and dated to around the second millennium BCE.
Beans were an important source of protein throughout Old and New World history, and still are today. There are over 4,000 cultivars of bean on record in the United States alone. An interesting modern example of the diversity of bean use is the modern urban recipe 15 bean soup, which, as the name implies, contains literally fifteen different varieties of beans." 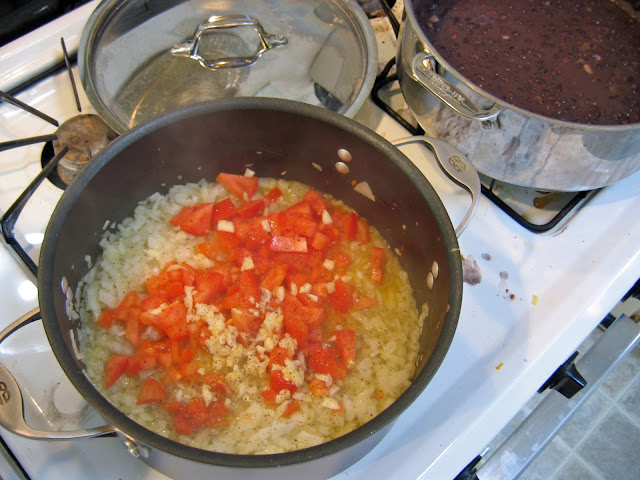 So forget spending time clipping the coupon for the Chef Boyardee Ravioli, or Hamburger Helper, and spend a buck on a pound of bulk beans. My friend Silvia is one of the hardest-working and nicest people that I know. She came to live in the Bay Area many years ago from El Salvador where she grew up, and she makes the best black beans that I have ever tasted.
A few days ago she showed me how to make them. I made them at home by myself today, and the results were "muy delicioso". No clipping coupons, no driving around town wasting gas...for a couple of bucks and an investment of a couple of hours on the stove, I had a tasty and nutrition-packed meal, plus enough to freeze some portions for later. If you do have money to spend on a pressure cooker, you can have them in under an hour.


I made a Mole Verde sauce to go on top of my burrito today. Our family was introduced to Mole Verde by the Velasco family who owned Hector's Mexican Restaurant when we moved to Solvang in the 1980's. Hector's was sold to the Tovalin family quite a few years ago, and the name changed to Manny's...but back in the day, when Juliette was a waitress there in about 1982, we loved to order the burrito with the Mole Verde sauce.
One day Dolores, the owner, shared the recipe with me. We have made it ever since. It is a great sauce for chicken and rice dishes, also. I keep homemade bean portions in my freezer. Convenient, inexpensive, packed with fiber and nutrition, and is food that humans have nourished their bodies with since the formation of our agrarian communities.
Stuff a large flour tortilla with the prepared black beans and top with Mole Verde for a superb vegetarian entrée. For the carnivore, add stewed and shredded chicken along with shredded cheese - cheddar or Monterey Jack or a combination of the two - and top with Mole Verde and garnish with sour cream thinned with a little buttermilk.

Start the night before by pre-soaking the beans. 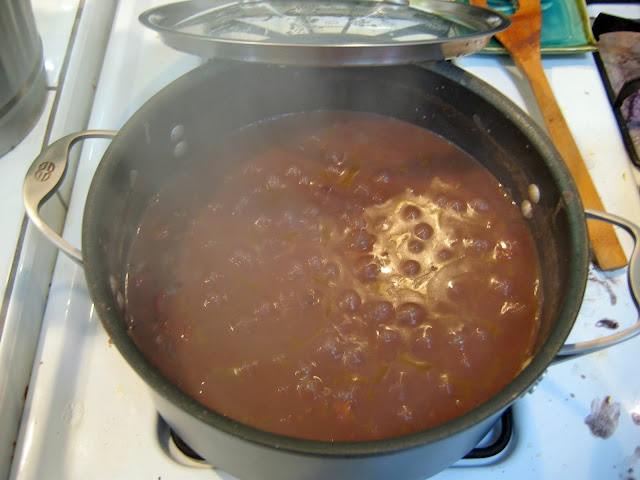 1. Cover the beans with water and soak overnight. The next day discard the soaking water and add fresh water to cover beans by about 2 inches and bring to a boil over medium-high heat. Smash 3 garlic cloves with the side of your knife, add to the beans. Adjust the temperature to medium-low and simmer beans until tender; about 1-1/2 hours. Add salt (about 2 teaspoons) and black pepper to taste after the beans are cooked.
2. In another pan (large enough to cook the beans) add 2 tablespoons of olive oil. Lightly saute the onion, garlic, tomatoes. Add salt and pepper, to taste.
3. When the veggies are soft (about 5 minutes) add the cooked black beans. Allow to cook down until the beans are creamy and veggies have cooked in. Cook to desired thickness and use a hand blender for the last step to make the beans creamy, but not puréed. 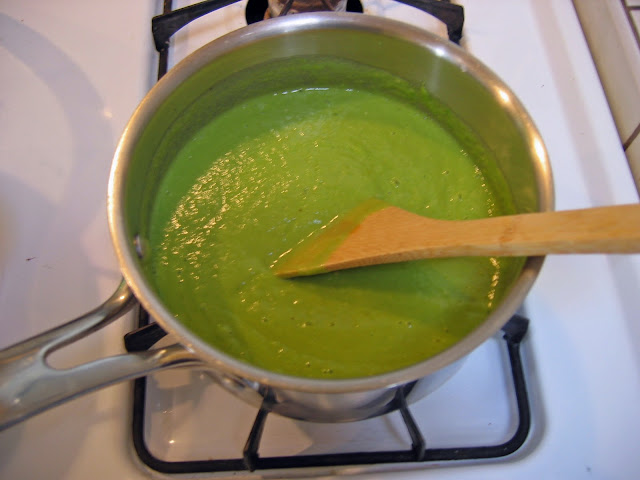 Juliette recalls that Hector added sunflower seeds, one small head of green leaf lettuce and green onions instead of white or yellow, and thinned the sauce, as necessary with chicken broth. In lieu of the serrano chile listed below, Juliette prefers fresh roasted anaheim chiles (1 or 2 depending on how big they are). You can use fresh tomatillos when in season. Remove the husk and boil in vegetable or chicken broth until soft. Sprinkle sunflower seeds over the prepared burrito as a garnish. 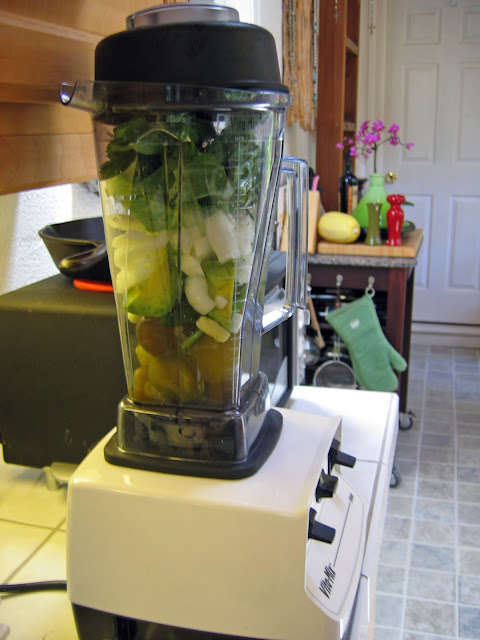 Procedure:
1. Add the above ingredients to a Vitamix or blender container. Blend until creamy. Transfer to saucepan. Add salt and cracked black pepper, to taste. Simmer over low heat for 10 to 15 minutes, stirring frequently. 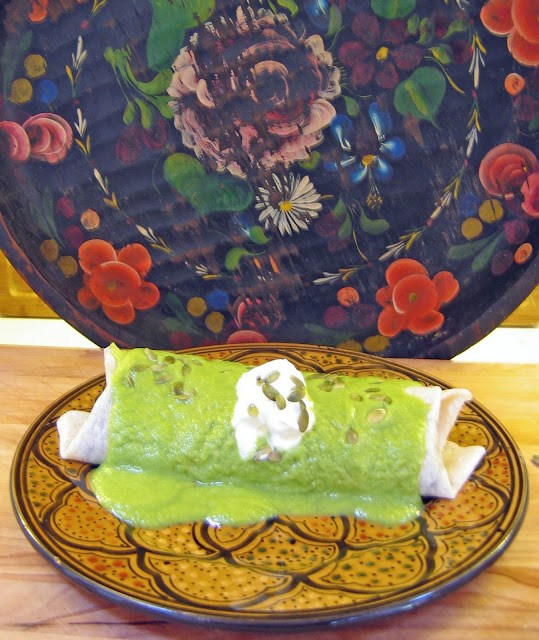