On the agenda for today is a morning tour of a wastewater treatment plant (WTP). A technician at the facility, takes my manager and I through a walking tour of the various areas of the plant. The wind is blowing and my hair is whipping around like helicopter blades on the top of my head. For the first time ever, I wish I was wearing my hard hat to keep my hair in place.
Do you ever wonder what happens to your excrement once it is flushed down the toilet? I never gave it much thought. Not surprising, I'm sure. Inquiring minds want to know a lot of things, but few want to dwell on that. When I joined my employer, I learned that one of the industries we serve is water/watewater plants. Over the last year and a half, I've learned quite a bit about this topic. I can tell you all about it since I've been on several tours at various WTPs in Arizona.
It's estimated that every person in our nation contributes between 70 to 150 of wastewater every day. The influent flows into bar screens, and traps the big stuff that gets into the wastewater stream, including rags, plastics, other things that shouldn't be there. From there, more filtering is required, in including remove grit and sand. Settling tanks hold the wastewater to allow solids to sink the bottom, whereas grease and oil rise to the top and are skimmed on the surface. The "poop" that sinks to the bottom is called sludge. The sludge is exposed to micoorganisms that "dine" on the solids and biological conversion occurs. Wastewater and the microorganisms are mixed with oxygen to help the organisms multiply. The mixture then goes to a secondary sendimitation tank. The microorganism and solids settle to the bottom and are then removed. Chlorine treatment is next, and afterwards, dechlorination before the effluent water is recharged into the environment. The preliminary solids - rags, plastic bottles, etc. are washed and sent to a landfill. The grit and sands are cleaned and sent to a landfill. What's left is the poop, also known as biosolids, but commonly called "sludge". As much water as possible is removed from the sludge. Different water treatment plants have different methods to deal with the water removal. Once the sludge is thickened, it's sometimes incinerated, and the ash is sent to a landfill. Ultimately, the conclusion of every process for sludge handling ends with truckloads of organic bisolids dumped (pun intended) to a landfill.

When you are employed in the wastewater industry, you think about this on a daily basis and especially when big events are on the horizon, like the Superbowl. The WTP employees, in any of the game hosting cities, are the good folks who think about and prepare for halftime at the Superbowl, just from a different angle. The halftime event is referred to by wastewater industry folks as the "big flush". Take a moment to consider how many toilets, not only at the stadium, but in the stadium's zip code that will be flushing during those 15 critical minutes during the half time show. All the water and solids will be sent rushing to the WTP for processing. If the WTP incurs any problems during this extreme volume event, well, it ain't gonna be pretty, if you know what I mean.

During our walk, we discuss the forthcoming days of water shortages. It's not an "if" situation, but "when". The technician asked if I've been to Lake Mead lately. I haven't visited since stopping by Hoover Dam in July 2012 on a driving trip to Las Vegas for my daughter's karate tournament. I flew over Lake Mead last September and noticed the level of the lake had dropped significantly. The technician commented that Lake Mead is at its lowest point since the opening of Hoover Dam in 1936. The water is so low, that new pipes are being installed to drain the lake even further, since the water line will fall under the existing infrastructure.
The three of us marvel that the federal government isn't taking a strong stand on water conservation and explaining to people that our dystopian future is around the corner. I wonder what Las Vegas is planning to do once Mead is empty. Surely, there has to be a plan. If there is no water—there is no Las Vegas. My sister's ex-boyfriend once commented that Las Vegas will make a really interesting ghost town in the future.

I read that Lake Mead provides water to farms, homes and businesses in Southern Nevada, Arizona, southern California, and northern Mexico. "According to the National Park Service, about 96 percent of the water in the Lake Mead is from melted snow that fell in Colorado, Utah, New Mexico, and Wyoming. Each year, these "Upper Basin" states are required to allow a minimum flow of Colorado River water to reach Lake Mead," reports the Climate.gov website. Over the last two years, runoff is less than half of the normal, which is a continuation of a 15-year drought. No one knows how long this drought will continue. Science shows that over many thousands of years, extreme droughts have lasted upwards of 50 years. The difference is now, greater consumer demand for water by population shifts, farming and industrial manufacturing.
My mind returns to desalination. Why isn't Las Vegas enacting a plan now that doesn't completely jeopardize the future of the lake? The Israeli's have had great success desalinating water and conveying it throughout their small country, which, granted, is only territoriality just slightly bigger than New Jersey. It may very well be expensive to desalinate water in the Gulf of California and convey it to Las Vegas, but it seems that this an important consideration should the drought carry on and deplete precious water reservoirs.
In the manufacturing industry, there are conveyance systems installed throughout a plant to carry raw goods and finished products from one area to another. In the world of wastewater, the conveyance system is water. Solid waste (feces) is conveyed from the toilet to the WTP by water. There has been some transition to low water toilets, but they don't always work well, causing people to flush toilets two or three times, if the first flush doesn't "clear" the bowl.
After our tour, my manager and I head to lunch. Yes, it is possible to be hungry after such an adventure as touring a wastewater treatment plant. Surprisingly, Mexican fare is one of the better alternatives for eating out. Just omit the corn tortillas and much of the menu is under consideration. The Chicken Fajita Salad is quite good and I use salsa as dressing to successfully avoid dousing my entrée in delicious Ranch dressing.

Another day trip to Phoenix to visit the main office. I've got some deadlines that need to be met, and I'm so busy that I manage to skip lunch. This is not intentional. I loathe skipping meals. I have marcona almonds in my purse and an apple. Thankfully I have planned ahead for a food emergency. The drive home is incredibly stressful. There are two accidents on I-10. Both crashes leave northbound travelers stopped on the highway. You realize just how many 18 wheelers are on 1-10 everyday when traffic is halted. It's literally a convoy on the interstate. Southbound traffic slows and slips into stop and go traffic due to all the annoying looky-lous that need to check-out what's happening on the other side of the highway. The drive home is havoc with drivers passing on the right and zig zagging through traffic, apparently trying to make up for lost time while rubber necking at the accidents. I can't tell you how many times these crazy drivers end up behind me after surging ahead and then getting stuck behind a slower moving truck. Slower drivers in beat-up cars, or from Mexico, drive under the speed limit in the middle lane, bunching up traffic, and agitating the already more aggressive drivers. I don't listen to the radio. I don't talk on the phone. This traffic requires all of my attention.
I'm starving when I arrive home. And a little frazzled after participating in the simulated NASCAR race from Phoenix to Tucson. As the old adage goes—TGIF—Thank God it's Friday. Jay's not ready to go out, and I'm starving, so I warm up a cup of homemade chicken broth. I drink it slowly while Jay showers and I read the newspaper. The broth is quite delicious and soothing.  It evens out my mood. We have a nice evening out, and I devour a hearty meal. There's a little Gorgonzola sprinkled on my salad. I give in and eat it. I appreciate the flavor even more since I've been doing without. The roasted pork chop hits the spot. I'm especially happy that I don't have to do any dishes. Hooray for small favors. 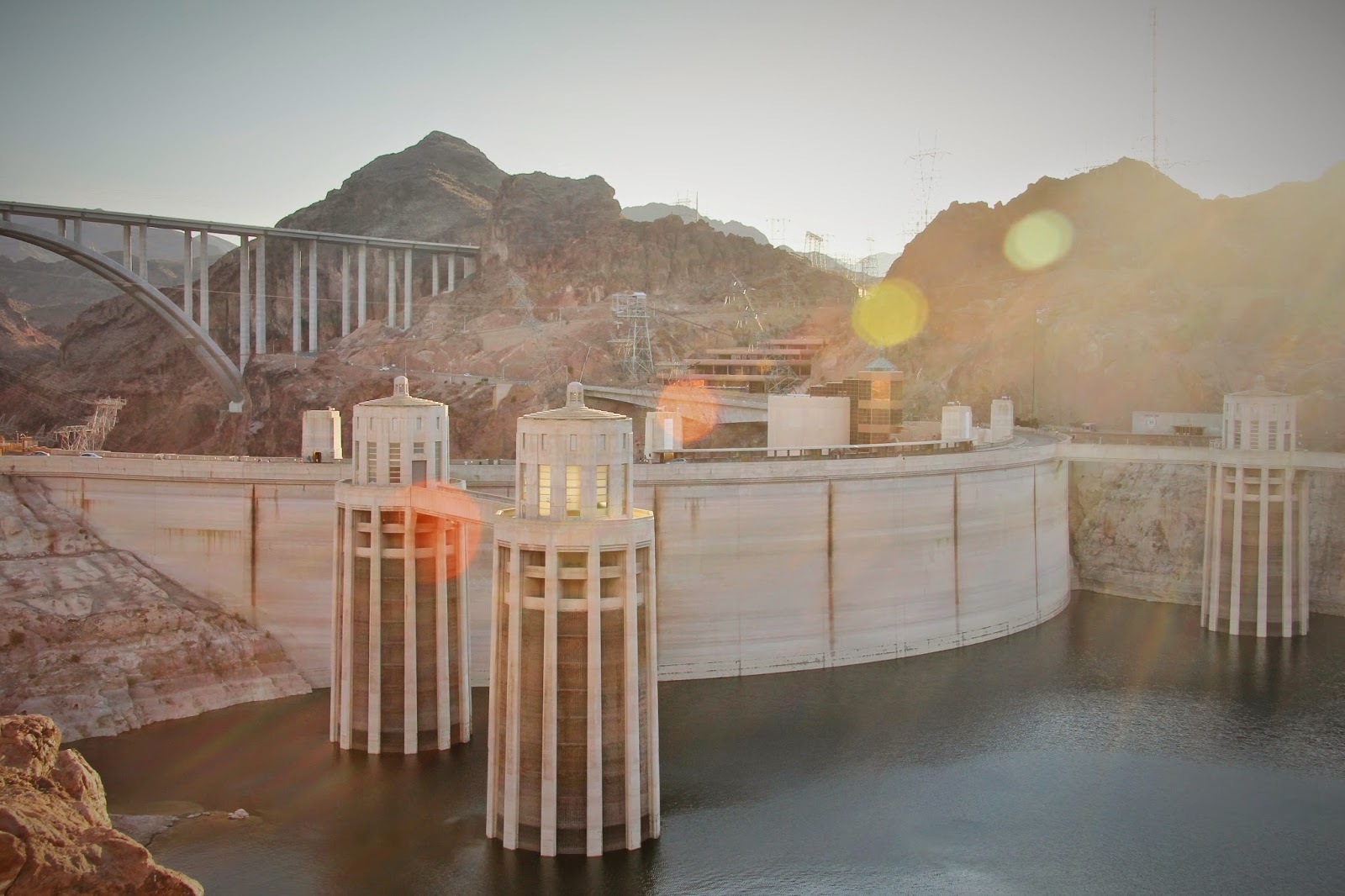