I grew up in a rural area of central California where agriculture was at the center of the community due to the prevelance of farms, horse ranches and sprawling vineyards. The 4-H Club thrived at the high school. The agriculture students, referred to as "agies", drove Ford or Chevy trucks in various stages of being rebuilt. Where the farm kids divided was in style. Some wore Western Wear complete with Wrangler jeans, pearl snap button cowboy shirts and cowboy hats. The others wore weathered Levi button fly 501 jeans, t-shirts and John Deere baseball caps.
What the entire student population looked forward to every year besides attending a barn dance, was attending the Santa Maria Fairpark, home of the Santa Barbara County Fair. But the 4-H students were especially excited about showing livestock and winning coveted blue ribbons for his or her prize-worthy effort in raising a lamb, sow or cow. I still have in my keepsakes box, film strips from a photo booth session with my high school boyfriend. I remember seeing Eddie Money in concert at the fair when he was still a hot ticket. On those rare occasions when I hear Two Tickets To Paradise on the radio, I will still belt it out like I did when I was sixteen, which correlates to annoying and off-key. 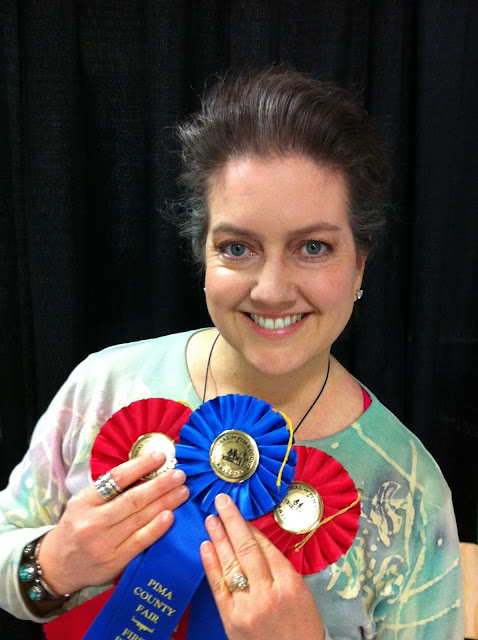 At the beginning of the year, Juliette presented the idea to me of entering the Home Arts competition with Wild Yeast Naturally Leavened Sourdough Bread. Memories of the Santa Barbara County Fair came flooding back. Dust, straw, the faint smell of manure, and the sound of neighing horses. Taffy and cotton candy. Blaring music and neon lights. Spinning rides, including my favorite, The Zipper. Carnies hawking their wares. The bewildering desire to win cheaply made stuffed animals by paying hard earned money to play silly games with seriously unfavorable odds. Tri-Tip Santa Maria Style Barbecue with all the fixings prepared by smoke drenched pitmasters.
I found my dog-eared copy of Blue Ribbon Winners on the bookshelf and flipped through it looking at recipes for jams, quick breads, yeast breads and pickles. After Juliette continued to prod me, and it looked as if my travel schedule would not conflict, I finally committed to competing at the 2013 Pima County Fair. I completed the entry form and mailed it in along with a check to pay the entrance fees. Leading up to the competition I became a bread-baking enthusiast. Every week I turned out boules, batards and stuffed baguettes. I'd call Juliette asking for guidance and checked-in with Linda gleening tips from her renewed interest in baking sourdough bread. 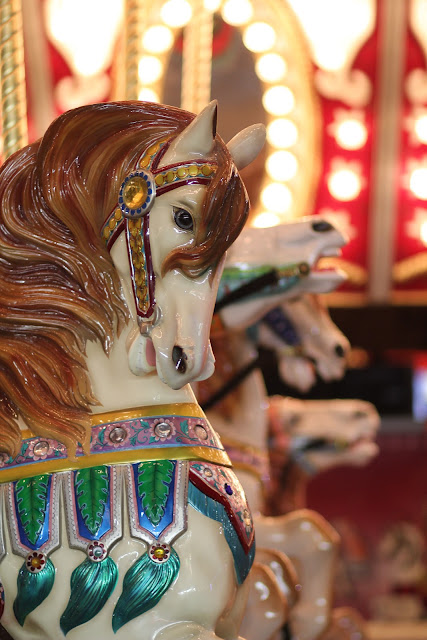 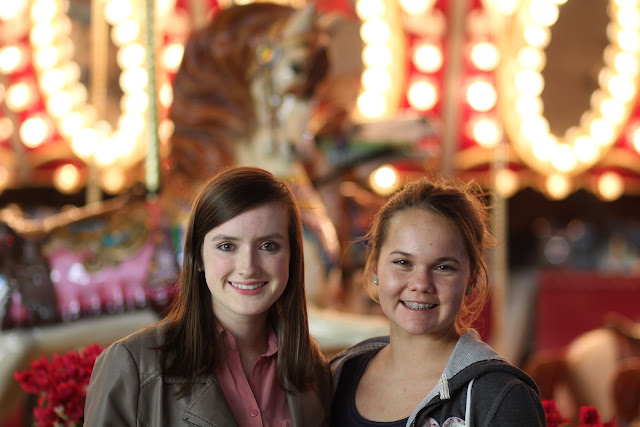 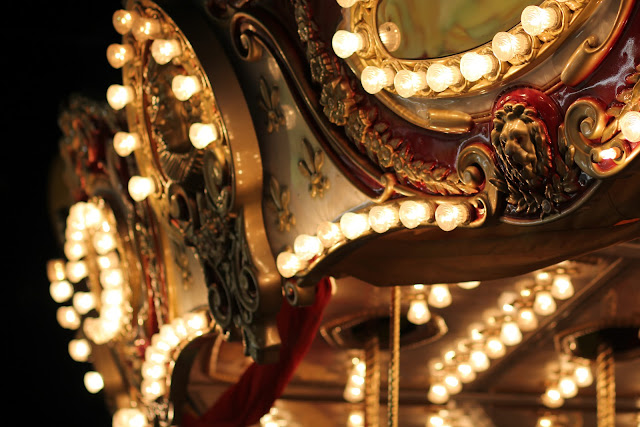 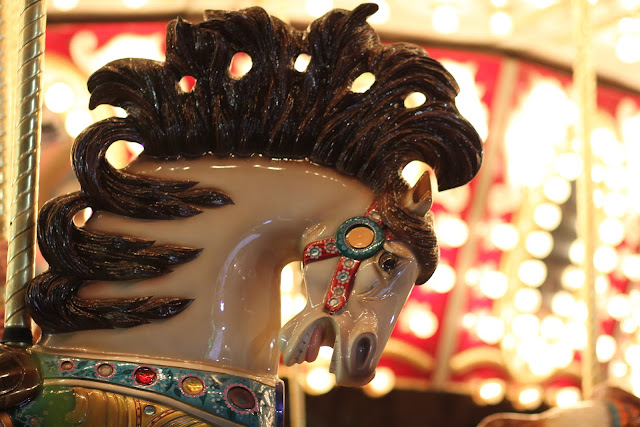 The food submissions were due the Saturday before the fair started. Much to my chagrin, I rose on that Saturday at zero four hundred, to shape, rise and bake ten loaves. I received no sympathy from Juliette who routinely keeps baker's hours. My plan was to select the best loaf of each flavor to submit in the three categories in which I chose to compete: Sweet Bread, Mixed-Grain Bread, and uncategorized Yeast Bread. I made the stuffed baguettes first which are one of Juliette's favorite flavors: Guava-Coconut-Orange-Walnut. The loaves came out of the oven exactly as I hoped.
The next two loaves were a bit of a fumble. I burned the prettiest loaves because I had to bake them at the same time and I didn't make the proper adjustments - if I only knew then what I know now. The next two loaves ended up being a bit over-proofed and I didn't get the oven-spring I desired. I had a mini-meltdown over the mixed grain sourdough braided boule and the Rosemary-Lemon Sourdough batard. I considered not submitting both the boule and the batard because they weren't up to my normal standards, but Jay and Maddie convinced me to go forward with the original plan. At least I was completely satisfied with the tropical flavored stuffed baguette.
Jay and I drove to the fairgrounds and delivered the bread with an hour to spare. I tried to take a look at the competing entries, but it was impossible. As soon as deliveries were made, the items were whisked away to various areas within the hall. The judging was not open for public viewing, so I had to patiently wait over the course of a week to discover the judges' findings. Although Juliette assured me that she was feeling good vibes over the baguette, I was thrilled to see that the sweet bread indeed took the first place blue ribbon and my other two entries scored second place red ribbons. I did a little happy dance in the hall and my husband snapped the above photo so I could text it to my sisters. 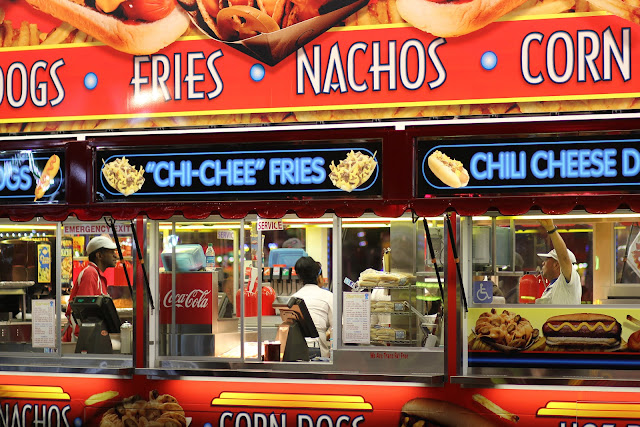 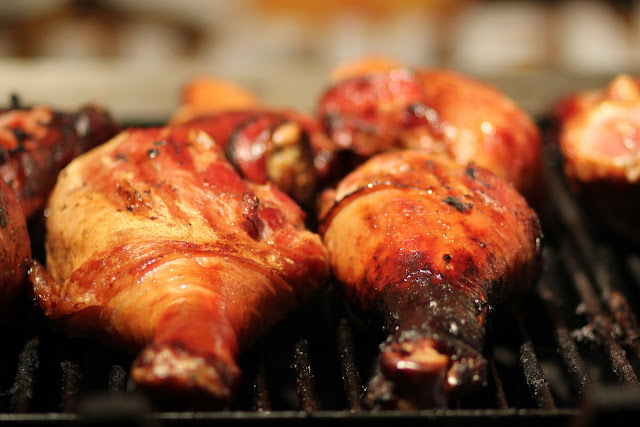 Now that my interest in the fair has been renewed, and after experiencing the boost in self-esteem that follows winning blue and red ribbons, I recently looked into the details for entering the sourdough bread for judging at the Arizona State Fair in October. Logistically it is more of a challenge transporting the bread from Tucson to Phoenix, but I think it will be worth the effort and loads of fun. Maybe I'll once again be willing to ride the Ferris wheel even though it makes my feet hurt... a genetic condition related to a fear of heights that was inherited from our maternal grandfather. Linda has it, too! 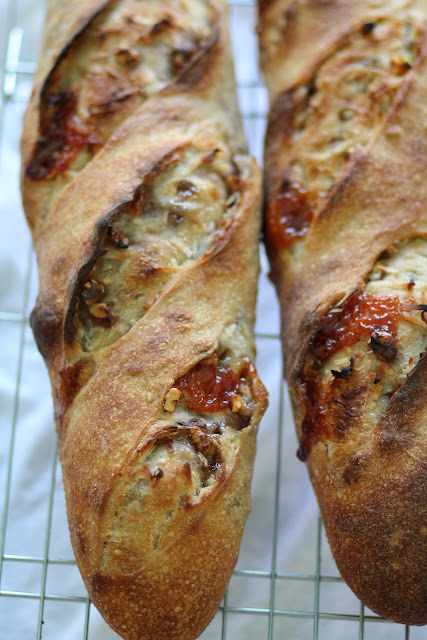 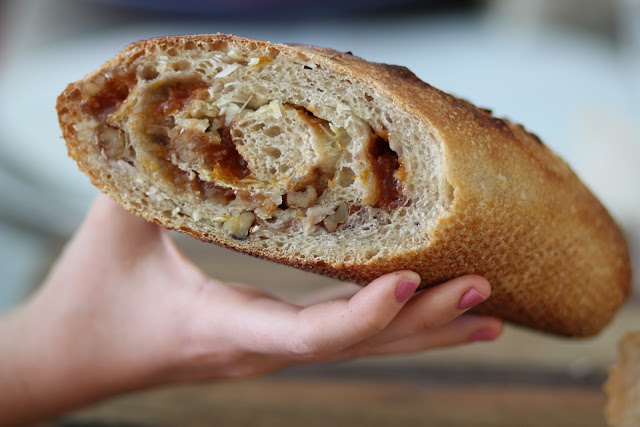 If you live in Southern Arizona, you can purchase this particular Wild Yeast Sourdough Stuffed Baguette from Guadalupe Baking Company, my sister Juliette's business. You may also place a special order by contacting Juliette via completing the fields in the contact section of the website and have loaves shipped to you.
Although the recipe featured here is not for the sourdough version - you'll need to wait for the cookbook for that - you can approximate the delicious flavor by making a variation of our French bread recipe. Stay tuned for the "best ever" French toast recipe using leftover slices of this delicious tropically themed stuffed baguette.
Juliette says she is surprised by how many people she meets at the Farmers' Markets that are not familiar with guavas. Our dad liked growing guava trees so we sisters were introduced to the fruit at a young age. Guavas are popular throughout South and Central America, Africa and Asia and are commonly associated with tropical environments. For this application we use prepared guava paste that can be purchased in specialty and gourmet markets and on-line. Be forewarned that the quality of guava paste varies and some preparations include food dyes to intensify the color. Look for quality guava paste at natural food stores.

Procedure:
1. Continuing from step 7 in the French Bread Baguette recipe: Turn the dough out onto a lightly floured work surface to deflate. Grease or parchment-line the 2 baking sheets or baguette pans and dust with semolina flour. Without working the dough further, divide it into 2 or 4 even portions (I usually just divide in 2 and make 2 large loaves - one filled and the other plain. Flatten each into a thin rectangle with the palm of your hand or a rolling pin. If the dough resists, let sit for 5 minutes before continuing. Sprinkle the coconut in a thin layer over the dough, leaving a 3/4-inch border on all sides. Using a rasp style grater, zest the orange but be careful to only remove the zest leaving all the bitter white pith on the orange. Sprinkle the zest as evenly as you can over the coconut. Randomly add thin pieces of the guava paste over the coconut and zest and then sprinkle on the walnuts. 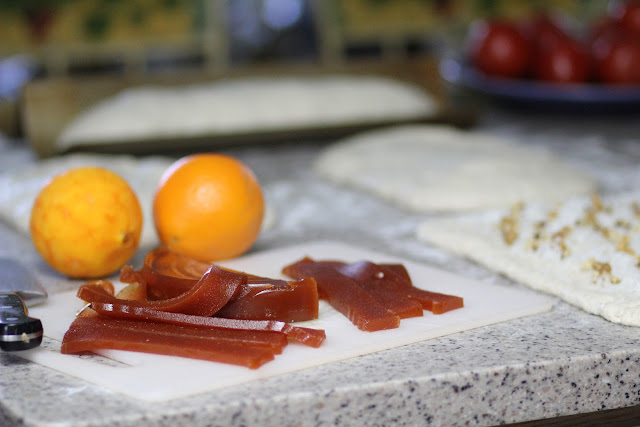 2. Starting at the long end, roll each rectangle up, using your thumbs to help roll tightly, pinching the seam, as you roll. On both ends, tuck in the inner circles, and pinch the outside edge to tightly seal. You should not see the filling. The tight cylinder should be slightly shorter than your baking sheet or pan. Roll lightly, back and forth and gently transfer, seam side down, to the prepared pans. Cover loosely with plastic wrap and let rise at room temperature until the dough is fully double in bulk, about 1 hour. 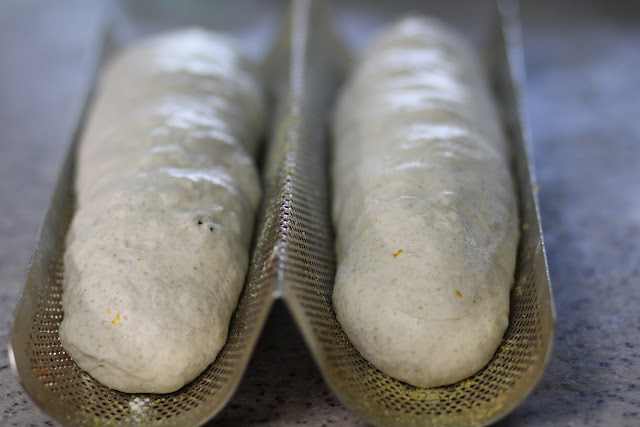 3. Baking Off and Cooling: Adjust oven rack to lowest position. Thirty minutes before baking, preheat the oven to 425°F. Or, if using a baking stone or tiles, preheat the oven for one hour. Remove the saran wrap and let the loaves dry out a little bit while the oven is preheating.
4. A few minutes before transferring the loaves to the oven, with a serrated knife or dough knife (lame) dipped in water, score each loaf across the top 3 or 4 times on the diagonal, no more than 1/4 inch deep. Make the slashes quickly and endeavor to hold the lame at about a 30 degree angle so the loaf develops beautiful "ears" in the oven. Continue to dip blade in water in between cuts, as needed to prevent sticking. Just before placing the loaves in the oven, mist the walls a few times with water from a clean spray pump bottle to add moisture to the dry heat. Or, throw a cupful of water on the floor of the oven - BE CAREFUL - the steam can easily burn your hand if you remove your hand slowly. Close the oven door quickly to trap the steam.
5. Place the pans on the lowest rack of the oven. Set the timer for 20 minutes. Three times, at 5 minute intervals (after placing the loaves in the oven), open the oven door and spray the loaves quickly to create steam, taking care to protect your hand from burning (do not pull the rack out of the oven). Again, shut the oven door immediately to trap the steam. 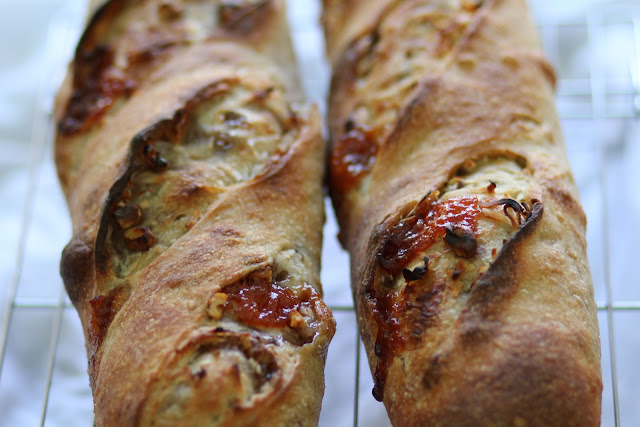 6. After 20 minutes (stuffed loaves 25 minutes), remove the pans from the oven, remove the bread from the pans, using a long off-set spatula, if necessary, to detach loaf from pan. At this point, you can brush the loaves with the egg wash for a shiny presentation. Return the loaves to the oven and place directly on the rack or tiles. Bake for approximately 10 minutes until the loaves are golden brown and sound hollow when tapped with your finger, or an instant read thermometer inserted into the underside of the loaves registers 200°F. Remove the loaves to a cooling rack. Loaves are best slightly warm or at room temperature. Yield: 2 large loaves or 4 baguettes 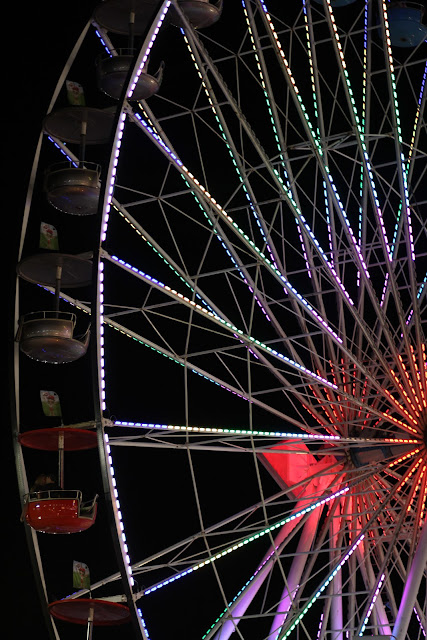 Posted by Salvation Sisters at 9:32 AM