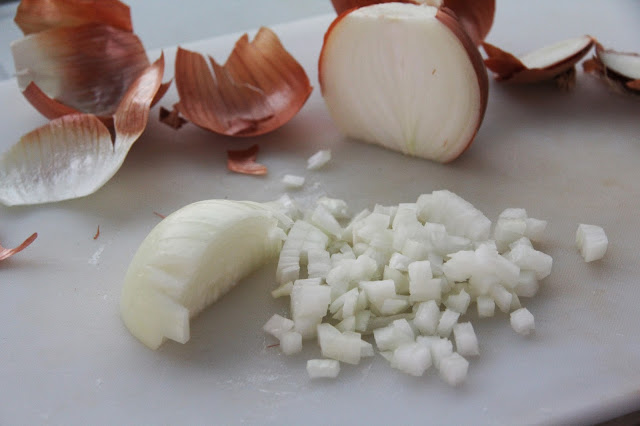 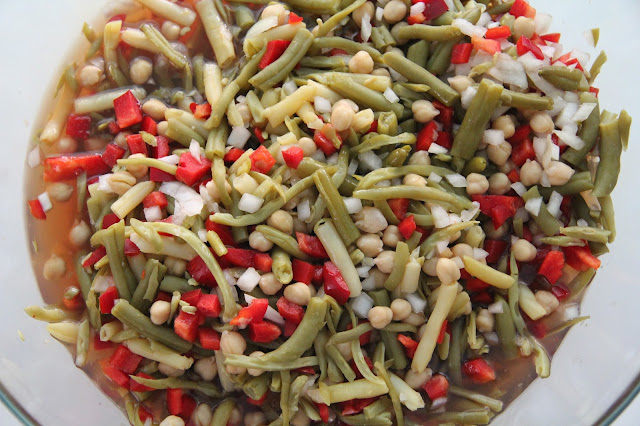 
According to an article in SFGate, "Garbanzo beans, also known as chickpeas, are consumed more than any other legume in the world, as reported by the Yuma County Cooperative Extension. Like peanuts and soybeans, garbanzo beans are legumes. If you have an allergic reaction to soy or peanuts, you may also be allergic to garbanzo beans, according to the Cleveland Clinic. Signs of an allergic reaction may include nausea, diarrhea, itching, tingling or swelling around the mouth or difficulty breathing."
Likewise, kidney beans require extended processing for "safe" human consumption. In The Perfect Health Diet, the authors write, "Legumes are so toxic in their raw state—raw kidney beans at 1% of diet can kill rats in two weeks—that they need processing to reduce toxin levels. Traditional methods of reducing toxin levels are soaking, sprouting, boiling, and fermentation."
I wrote previously about my husband, Jay's love for Paisley Farms All Natural Four Bean Bean Salad, which Costco formerly carried on a regular basis and is now only stocked seasonally. My husband decided he can live without the kidney beans but not the garbanzos. For the kidney beans I retained the red color accent in the salad by adding diced red bell pepper for the traditional diced green pepper. If you do not want to consume a legume to adhere to the Paleo eating plan, simply replace the garbanzo beans with additional green or waxed beans. Alternatively, diced and blanched carrots might make an interesting and colorful substitution. 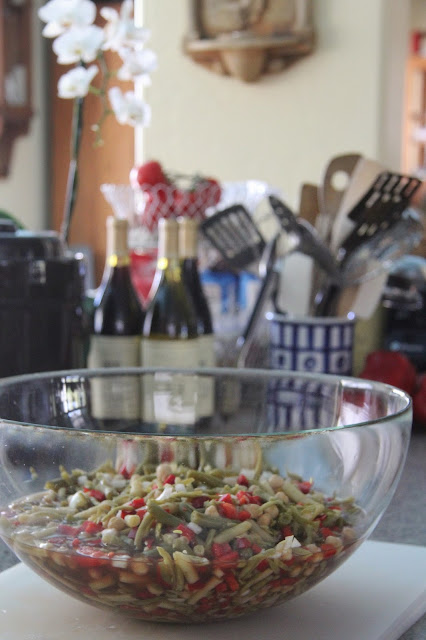 Procedure:1. In a large colander, drain the beans and rinse under a shower of water. Give the beans a good shake to release trapped water and let drain for a few minutes, shaking a couple of times.2. In the meantime, in a saucepan combine the water and sea salt. Over medium heat, let the sea salt dissolve, stirring occasionally over the course of five minutes or so. Once the salt has dissolved and the water is hot, but not boiling, turn off heat. Stir in 1-3/4 cups runny honey. Stir to make a honey syrup. Add 2 cups red wine vinegar. Stir and set aside.3. Finely dice the red bell peppers and yellow onion and add to drained beans. Toss gently to mix and transfer to a container with a tight fitting lid such as a Cambro. (A 4-quart Cambro is the perfect size for this recipe.) Pour the cooled marinade over the bean mixture. Seal with lid and shake to distribute the marinade over the top of the beans. Refrigerate. Every once in awhile shake the container to redistribute the ingredients and let sit for a minimum of 24-hours in the refrigerator before serving. The salad will keep a month or so, stored properly. Serve with a large slotted spoon to allow the marinade to drain back into the bowl.

Posted by Salvation Sisters at 5:53 AM