"Whenever I meet with our Gold Star families, like I did this morning, I hear their pride through their tears, as they flip through old photos and run their fingers over shiny medals. I see that their hearts are still broken, and yet still full of love. They do not ask for awards or honors. They do not ask for special treatment. They are unfailingly humble. In the face of unspeakable loss, they represent the best of who we are." — President Obama ~ May 2015


Included in this post is a letter that I wrote about my son Joshua six years ago. As you may or may not know, in January of 2009 Joshua died when he was serving with the Special Forces of the United States Army on his second deployment in Afghanistan. The letter that I wrote includes a beautiful and inspirational letter to me from my friend, Cindi, who wrote to me while I was staying in Solvang with our family—waiting for Joshua's body to be sent back from Afghanistan. The process took the better part of two weeks culminating in his military funeral which was a terrible ordeal for the whole family. I end my letter with a description and revelation that I had during a trip to the doctor. I had some serious health issues right after Josh died. Months later I would discover that my illness was brought about from the grief and stress I experienced from the trauma of his death. It has taken me six long years to be ready to publish my letter, and my purpose and hope in sharing it this Memorial Day, is that by making it available to all—it might help someone who is suffering from a traumatic loss. Especially the loss of a child. Dearest Family and Friends,
My friend, Cindi, is a veteran and we worked together for several years. She recently wrote me a most insightful and eloquent letter just after Joshua's death in response to one that I sent to her. The background is that Cindi's beautiful 21-year-old daughter was killed in an accident while riding on the back of her boyfriend's motorcycle. She was thrown from the bike and she died on impact. It will be three years this June since the devastating crash. Vanessa's death hit me so very hard. Joshua had just been deployed again to Afghanistan, and the one thing in life that I was sure that I could never deal with was the death of either of my children. I cried for weeks over Vanessa's death, and she wasn't even my own child—but somehow she symbolized my child, and I loved her mother. Cindi was the example that I wanted to emulate if anything like this should ever happen to me, God forbid. Cindi is a beautiful person inside and out, and she seemed to me like a flower with an oak growing inside of her—delicate but so strong. After Vanessa's death, Cindi unimaginably still glowed from within, and she loved to talk about her beautiful girl, even though the tears would inevitably start flowing when she spoke of her. 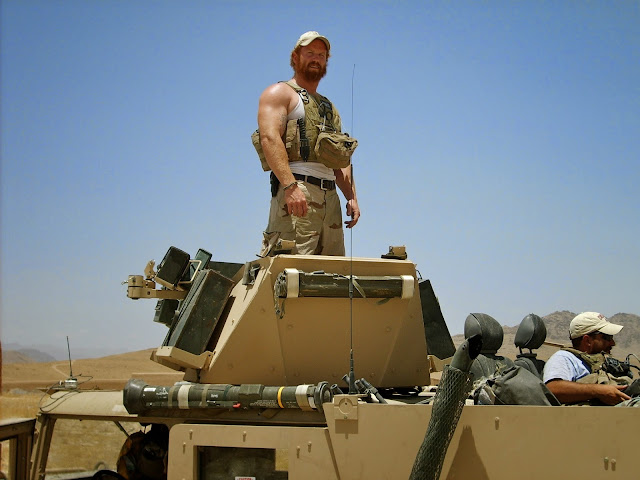 When we received the devastating news about Joshua, I wrote her a letter in the first week looking for solace. I was reeling. In return, she sent me this letter in response to my reaching out to her just a few days later.

Hi Linda,
You have been on my mind constantly and even when I dream. I don't know when the memorial for your son is or when you will get back in town, but I wanted to send you my thoughts as soon as possible.  Thank you for the loving words you sent my way. I feel so honored that you would think of me during a time like this and draw strength from my experience. I remember drawing strength from your experience you shared with me about your sister as well. I would like you to know that I am honored by your son's life and sacrifice to our country. I take my freedom less for granted today because of him.  I have never known anyone personally who died in a war, so this brings the war so much closer to my doorstep.
We are all grieving with you over your loss, for I know it is without boundaries. I realized after Vanessa went to her new life that I would look at life and after-life totally different than I used to. Somehow she opened up a new portal to me. I know we are only separated by mere vision and dimension and that as fast as life is, we will be together again soon.  I know without a doubt that the only thing we take from this life to the next is love, and so death is not an end, in fact I don't even call it that anymore. Our beloved children are in the arms of love right now and are happier than we can ever imagine. It is so important to let yourself grieve as often and as deeply as you need to. I find I need to cry my eyes out often and go all the way down with my sorrow. Then I start thinking about how happy Vanessa is and that she is still with me. I was told by several authorities on the subject that she is actually near me and protecting me and caring for me from the other side. I really believe this. I only can pick up myself by holding onto this perspective.
I realize more than ever how very temporarily we are here and Vanessa has taught me to live each day with all my heart, never neglecting an opportunity to love those in my path. The most important thing to avoid is regrets right now.  Joshua would only want you to know he understands everything from where he is and doesn't want anyone to feel bad about anything. Regrets and guilt can plague your transition into acceptance and peace. I have watched everyone in my family go through this and it really made them suffer twice as much. I have seen grief bring up other underlying sorrows that people were carrying. Sometimes it was hard to get everyone to just focus on Vanessa. But I know this is a very personal journey—and believe me— Joshua will help you go through it. He will come to you in many little ways and let you know he's near. I only wish I could have known him.
I hope sometime you can show me pictures and tell me all about him. He will always be there cheering you on to your finish line, Linda. He will give you courage to face all the obstacles in your path and help you live better than you ever did before. We are so blessed to have such wonderful children, if only for a short time.  Love you—and hope to see you soon.
Love always, Cindi

When I received Cindi's letter I was so very deep in the pit of grief I couldn't even conceive of how Joshua might "speak to me", but just a few short weeks later, I found myself in the doctor's office one afternoon just after Joshua's death, feeling like I was going to collapse. I thought to myself, "Why am I so sick? God, this has truly has been an awful year and it's only just beginning!" Honestly, I was in the frame of mind that I didn't really care if I died, but Michelle would have none of my protestations and forced me to go to the doctor from afar. So it was while waiting for the doctor and feeling very sorry for myself that I heard Joshua's voice in my ear, "Self-pity is for losers, Mom". I stared harshly at Winnie the Pooh and Piglet on the wall (evidently I have been put in the "nursery") and I was feeling annoyed by the Disney motif. Just then, the nurse named Jenny came into the room and announces to me that she needs me to change to another room. I feel grateful for that at least. As I seat myself in the new room on the weird little examining table with the crinkly paper under me, I am intrigued by a beautiful photo on the wall to my left. The photo is of oaks and of beautiful wildflowers that look vaguely like cyclamen. I think to myself that it looks like home, but I am so far from home... how could it possibly be? I keep looking at the photo—it is a numbered print, and the title of the photograph is scrawled in a beautiful but tiny script which I can't read.

One of Joshua's very favorite places in the world is Figueroa Mountain in the Santa Ynez Valley where I took them as boys. He loved to go there with his dog, Walker, and his friends, and he camped there often when he was old enough. We have always loved the place as long as I can remember. I can visualize like it was yesterday, driving with Jordan and Joshua in the first week that we got our very first new car—ever! The boys were about five and our life before that day was a series of clunkers—which means breaking down at any time. We did not have a reliable vehicle with which to go to the mountains. Our brand new car was a blue hatchback Honda Civic, and I belted the boys in the back seat, and we took off for the mountain. We drove up the winding road, and we stopped at the summit, where I let the boys play. We collected a bagful of pine cones before we headed home. I remember posing the boys in a huge bunch of yellow lupines for a photo before heading back home down the dusty dirt road.

When Joshua died, instead of going with my family to the beach on the day before his service, I drove up to Figueroa Mountain. I stopped all along the way to collect plants for a bouquet for his coffin. He was buried with oak, pine, mistletoe, white sage, mountain laurel, Toyon berry and a nice fat chunk of serpentine rock that I collected that day from the mountain as I paid homage to the sacred plants and my son who loved them and that beautiful mountain.

Meanwhile back at the doctor's office, as I sit, I am straining to read the script on the bottom of the photo, and even with my glasses on I have to lean closer and squint to try and read what is written at the bottom. I don't want to get up as I am covered from the waist down with one of those flimsy paper drapes.

"He will always be there cheering you on to your
finish line, Linda. He will give you courage
to face all the obstacles in your path and help you live
better than you ever did before."

As I strain to read the words on the bottom of the photo, they gradually come into focus. I read:

Tears welled up in my eyes, but I realized in a sudden flash of soul-piercing truth, that this was the message that I had been seeking from Joshua. He was indeed a shooting star who was part of that mountain. I knew in that instant that somehow I would find the strength inside myself to heal, and with the love of my family and friends I would manage to keep on keeping on.
And I have, and we have, and you can, too.

Email ThisBlogThis!Share to TwitterShare to FacebookShare to Pinterest
Labels: The Memory Keepers