Crock-Fermented Dill Pickles and May Roses


American households purchase pickles every 53 days.
More than 67 percent of all households eat pickles.
Americans consume more than 9 pounds of pickles per person annually.
—From ilovepickles.org 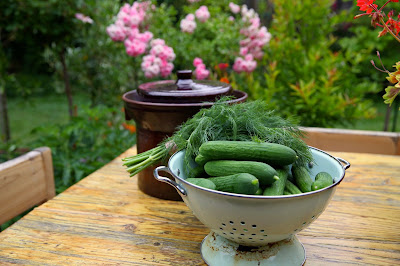 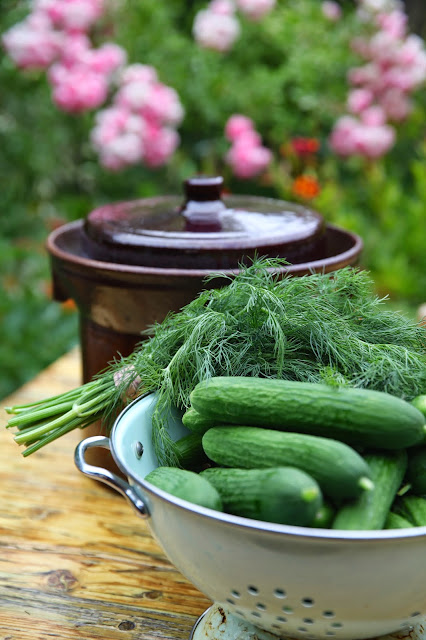 We girls are all pickle lovers from way back. This love of pickles was promoted by our dad, Paul, who has always loved fermented foods. He wrote to me last fall, after I published my post on making sauerkraut at home and shared with me how much he had loved sauerkraut as a boy. This passage from his letter delighted me:

"Grandma and grandpa Beaumont made wonderful kraut which they learned to do in Wisconsin.  Norman actually made a wooden shredding box that held knives made from flat files. He ground the files to a knife edge and secured them in the box. When a head of cabbage was pushed over the knife edges, it had the same effect as cutting with a knife but was much faster. They canned the kraut which probably wasn't good from a nutrition standpoint but it tasted great. As a kid, I would have chosen a bowl of their kraut over a bowl of ice cream. I absolutely loved the stuff. Callie was really good about giving me a bowl of kraut when I'd stop by (which was most every day)."


I can picture him at as a boy in his grandparents' kitchen eating a big bowl of homemade sauerkraut. I wasn't in love with sauerkraut as kid (but then ours wasn't homemade, which makes all of the difference), however we all have always loved dill pickles, and we ate jar upon jar of them when we were girls. 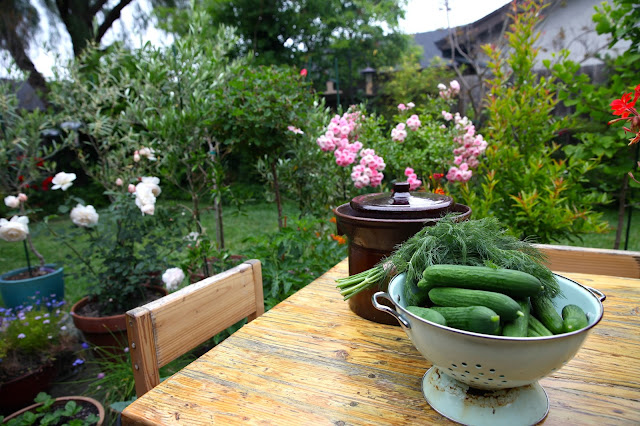 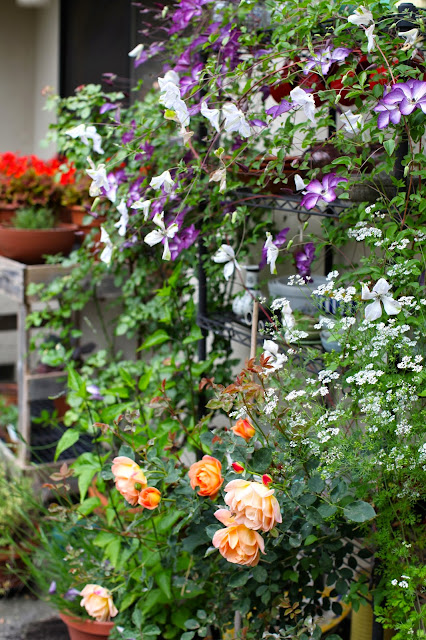 Now that it is late spring, baby cucumbers are finally arriving at the Whole Foods Market® where I work. I am particularly fond of the baby Persian cucumbers because they have thin skins and are never bitter. I thought I would make a batch today and enjoy the advent of my May roses, which are abundant in my yard right now. I love preparing food on a large wooden table in the middle of my garden, which this year is home to my first attempt at growing David Austin English rose varieties. They have bloomed abundantly, and their fragrance is subtle yet sumptuous. They layer the air with their sweet perfume while I work.

I feel so lucky to be enjoying a Friday off preparing food in my garden. They only thing that would make it any better was if my sisters were joining me later for a cocktail. 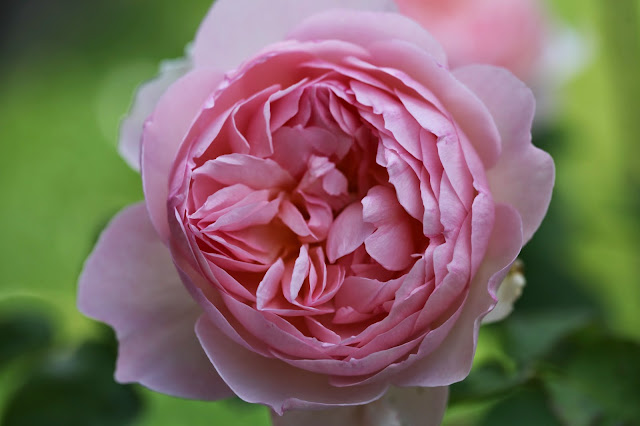 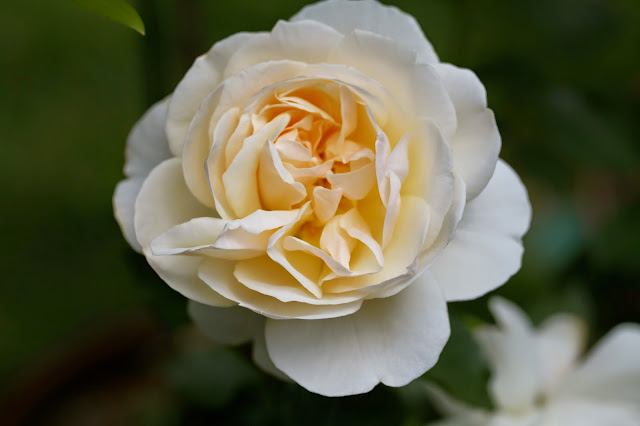 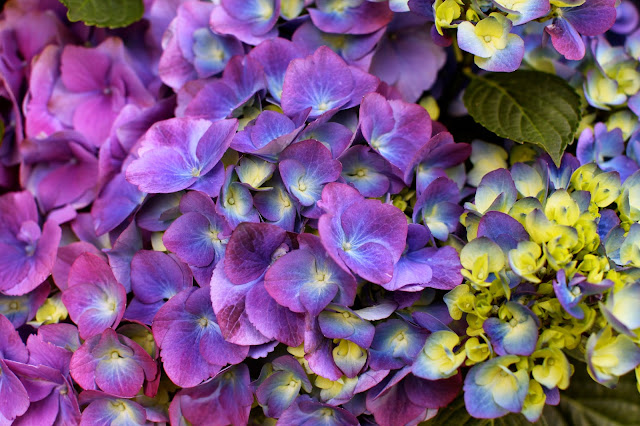 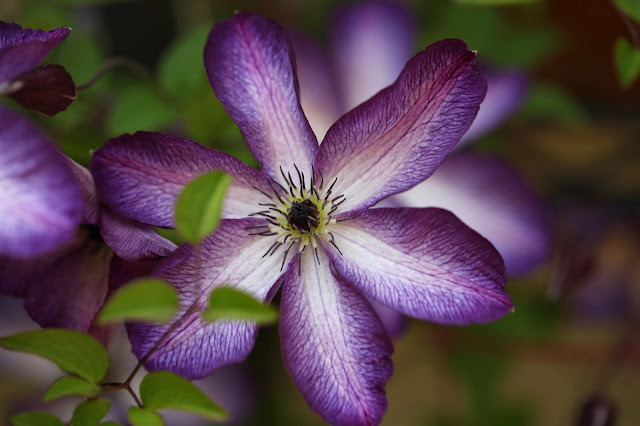 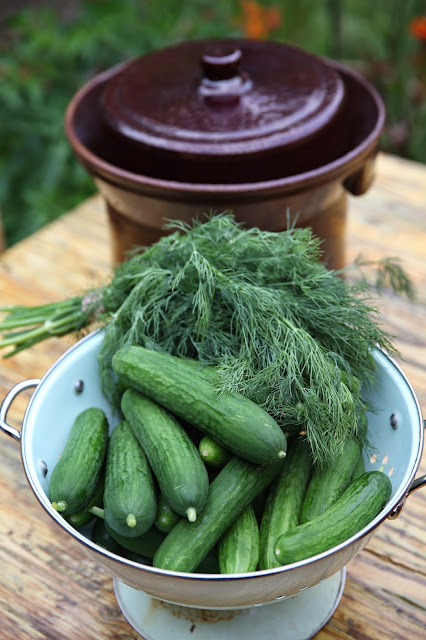 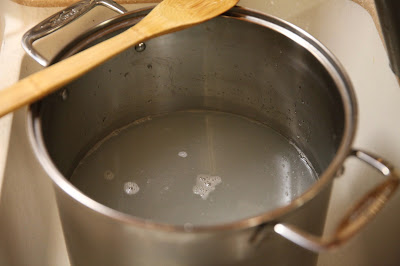 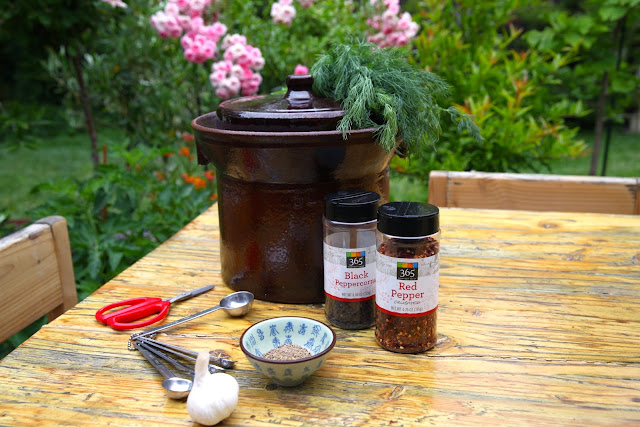 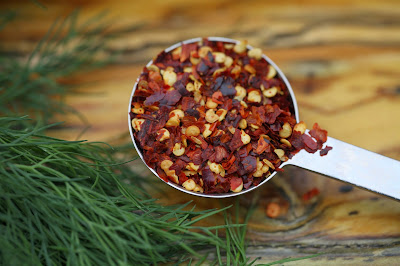 Procedure:
Combine the salt and water in a large vessel. I used a stock pot. Stir until the salt has dissolved.
Rinse the cucumbers thoroughly and snip off the blossom end and stem as needed. Set aside. 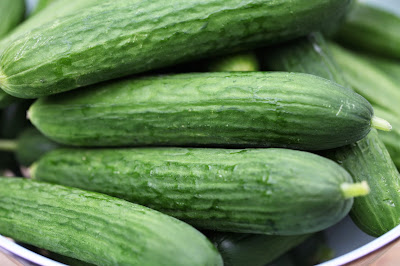 Place the peppercorns, pepper flakes, garlic, dill seed and fresh dill into the bottom of the crock. Add the cucumbers to the crock on top of the aromatic herbs. Pour the brine mixture over the cucumbers and completely cover with the liquid. 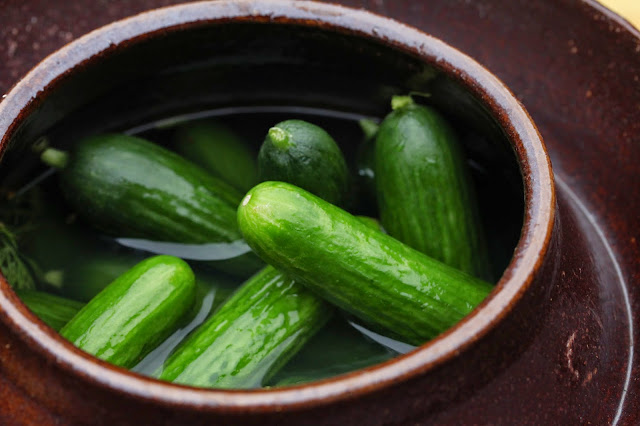 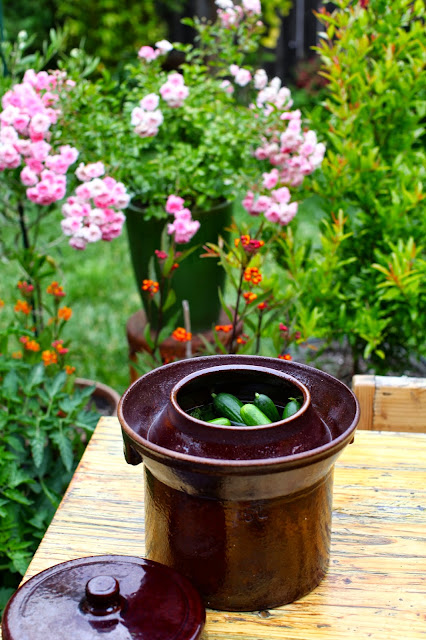 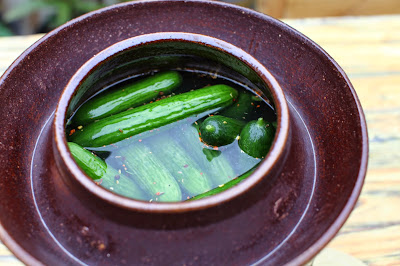 Set the crock stones on top of the cumbers and make sure that the brine rises above the crock stones. Place the lid on the crock, and set it in a cool and dry place. Fill the crock channel with filtered water to provide and air-tight seal. Refill as water evaporates from it. 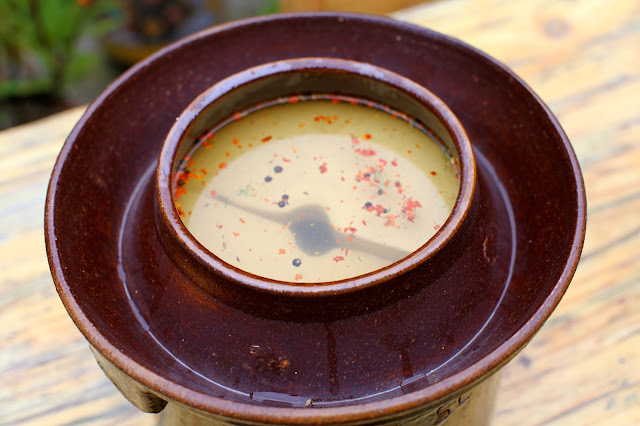 The fermentation is complete when the places taste sour and the bubbles from fermentation have stopped rising—the fermentation time is approximately 7-10 days depending on the ambient temperature. When the pickles are sour, place in jars or tubs with the bringing liquid. Store for up to 3 months in the refrigerator. If the pickles should become soft or begin to take on an off odor, this is a sign of spoilage and they should be composted. 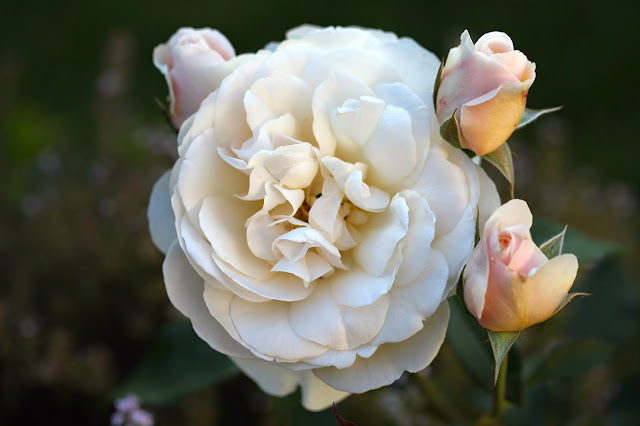 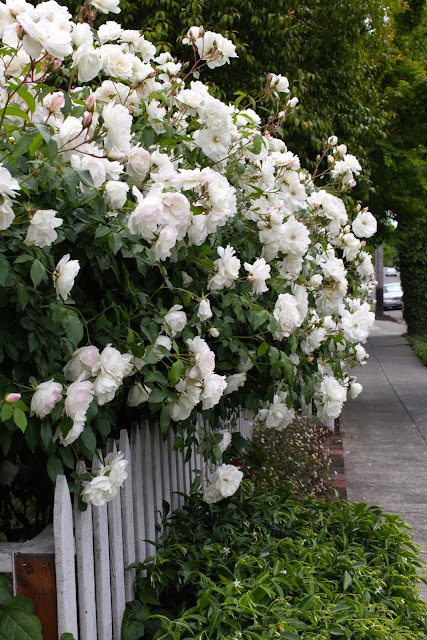 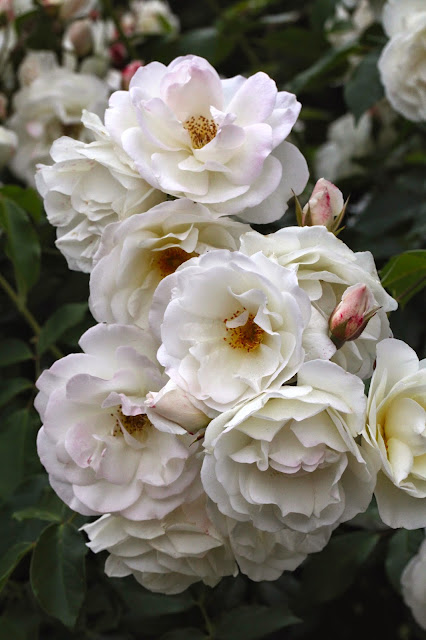