It's MLK day. Why it's a work day I'm not sure. School is closed. Banks are closed. Government offices are closed. Ah well, that's life. The copper mines are open. I suppose that means I'm open for business, too. Although Americans don't like to admit it, consumers have a voracious appetite for copper. They just don't know it. I really did not consider the use of copper before I began working in the industrial automation industry. I was ignorant about the use of metals and minerals in my daily life. The state's media outlets print a negative point of view on developing new copper mines and yet global demand for the metal is increasing.
I recently attended an event related to the development of Rosemont mine and a perturbed woman said to me in a nearly hysterical tone, "I don't understand why they have to build a copper mine in such a beautiful area. Why can't they build a copper mine somewhere out in the middle of nowhere where no one if affected?" I was mystified by her reasoning. Yes, that would be lovely if we could drop a copper mine any old place we wanted, but the fact is, copper is only in certain areas, and the metal must be mined where it is present in the ground. The CopperMatters website has the following education tidbits to educate consumers:

"There's more than 50 pounds of copper in a typical american made automobile: about 40 pounds for electrical and about 10 pounds for nonelectrical components. Today's luxury cars contain some 1,500 copper wires - totaling about one mile in length. To put it into perspective, in 1948, the average family car contained only about 55 wires, amounting to a length of 150 feet.
The Toyota Prius uses 64 pounds of copper in every car. While the hybrid's batteries are nickel based, a Prius still needs lots of copper wiring and computer chips to keep it on the road and cutting carbon emissions.
It's not just consumer cars - alternative forms of transportation, from buses to electric trolleys and subway cars use an average of 2,300 pounds of copper apiece."

And, of course, copper isn't just used in transportation. Do you like your mobile phone and computer?

"Because of copper's incredible properties where electricity is concerned, copper has long been looked to when building and developing technology. Recently copper has been replacing aluminum in computer chips, resulting in much faster operating speeds and greater circuit integration - up to 200 million transistors can be packed onto a single chip. And copper also means that your gadgets need less power - so your battery life lasts longer. Power requirements are now reduced to less than 1.8 volts, and the chips run cooler than ever before, increasing the effectiveness of the technology and the longevity of its components. The use of copper conductors in the chip is the last link in a now unbroken copper chain comprising the electronic data path between user and computer. From external cables and connectors to bus ways to printed circuit boards, sockets and lead frames - it's all copper.
There is about .5 ounces of copper in your mobile phone. That's more than all the other metals in your phone and more than 12% of your phone's total weight. As more computer chips and sophistication are added to our phones, the amount of copper in them will continue to grow as well.
Not only can copper be used to send information, but it can also be used to prevent signals traveling where they are not wanted. the National Security Agency buildings at Ft. Meade, Maryland, are sheathed with copper to prevent unauthorized snooping. Even the windows are fitted with copper screens. The copper blocks radio waves from penetrating into or escaping from spy operations. Copper sheathing is also used in hospitals to enclose rooms containing sensitive equipment like CAT scan, MRI and X-ray units to prevent problems related to the entrance or emission of errant electromagnetic radiation."

And it's just not transportation and technology. Enough copper plumbing is installed in buildings every year to wrap around the equator seven times. The actual amount is one billion feet of copper tubing. And that's just the USA. On a smaller level, the average American home, according to the ArizonaExperience.org website, "...contains about 400 pounds of copper for electrical wiring, pipes, and appliances such as refrigerators and microwaves."
In Arizona, students are taught the Five C's that drive the state's economy: Copper, Cattle, Cotton, Citrus and Climate. Are you familiar with Pima Cotton? That particular hybrid of cotton was cultivated in Sacaton, Arizona, located south of Phoenix and north of Casa Grande. The cotton is named after the Pima Indians who grew the cotton.

Of the 50 states, Arizona produces the most copper, and is the second largest producer of molybdenum. There are about nine active mines in Arizona that produce copper, and there are another handful of properties under development, such as the hotly contested proposed mines of Rosemont, Florence and Resolution. According to Wikipedia, "Over 60% of the newly mined copper in the U.S. comes from Arizona." The largest copper mine in Arizona is Morenci, owned and operated by Freeport-McMoRan.
Over the last year and a half I have spent a lot of time at copper mines in Arizona. Ask any miner who has been in the mining industry since the 1970s, what changes have taken place in operations and environmentalism, over the course of the proceeding decades, and they won't even know where to begin the conversation. From safety to environmental awareness to reclamation, the mining industry has made sincere progress to overcome issues across all categories to become sustainable operations. Interested in learning more? If you are visiting southern Arizona, book a tour to see an opening pit copper mine in action. ASARCO mine in Sahuarita, Arizona. The mine has employees working three shifts, 24 hours a day, seven days a week. The tours run daily Tuesday through Saturday.

Switching from copper to dinner - I'm so diverse (she says tongue in cheek) - I decide to make my life easy and drop frozen meatballs into marinara. Everyone in the fam-damily agreed last go round that we weren't so crazy over pairing spaghetti squash with marinara. I opted tonight to go the zoodle route. I pulled out the spiralizer and gave medium zucchini a twirl. Since I liked blanching the cauli-rice the other night, I decided I would use the same cooking technique with the zuchini noodles. I prepared the zoodles first. I tossed the spiralized zucchini with two teaspoons of sea salt and tossed to distribute evenly. The zucchini shedded water as I prepared the vegetables for a green salad and heated up the meatballs in the marina. Occasionally, I would pour off the zucchini water. Come to think of it, I could have let the zucchini sit in a colander in the sink. At the same time the zucchini was "dehydrating", I put a pot of water on to boil, just as I would do for pasta. When everything else was ready, including setting the table, I quickly blanched the zucchini in the boiling water for 60 seconds. I drained the zoodles and then tossed with a little olive oil and a sprinkle of salt and a few grinds of pepper. We all scooped a portion of noodles onto our plates and then sauced with the marinara and meatballs. Jay, Maddie and I all agreed we much preferred the zucchini noodles with this particular meal.

Day 16
Breakfast: The last of the Cream of Tomato Soup
Lunch: Turkey, Salami and Cheddar on Paleo Hamburger Buns with Mayo and Mustard
Dinner: Chicken Picatta over Spaghetti Squash and a Mixed Green Salad

This morning I rose early and whipped up some gluten-free hamburger buns in the food processor. I feel like a sandwich for lunch. Baking my own buns (hee hee) is the only way I'm going to get what I desire. The recipe from Against All Grain is easy to prepare. The author, Danielle Walker, mentioned that the buns are a little crumbly, so I added a tablespoon of ground chia seeds to act as a replacement for gluten, as I did for the superb gluten-free pie crust I made last year. That seemed to fix the crumbly problem. The buns are rich and filling because of the high nut content.

Maddie's astronomy class is gathering in a park tonight to look at the stars through the teacher's fancy telescope. Parents are invited to join in the fun, but I'm just not up to attending. The last two scheduled astronomy nights I was not able to attend due to work commitments. I feel badly for not going, but Maddie assures me that my bowing out is fine. She and Jay head to Chipotle for a quick dinner before heading to a park on the outskirts of town. Maddie always helps the teacher unpack the equipment and set it up before sunset so they can make all the required adjustments while it is still light. The further away the park is from city lights, the better to see the stars. Tucson is considered a star gazing town. Multiple observatories are within close range of Tucson and the city has kept nighttime lighting to a minimum to help astronomers. Once the sun goes down, it's very dark in and around Tucson and especially at the park.
I stay home and prep dinner for tomorrow night. We have depleted our soup reserves and its time to make another huge pot of soup. Time to mix it up. I'm getting tired of my brothy soups, so I go to a recipe that I have not made in years, a thick vegetable chowder. A quiet evening at home alone is a rarity. 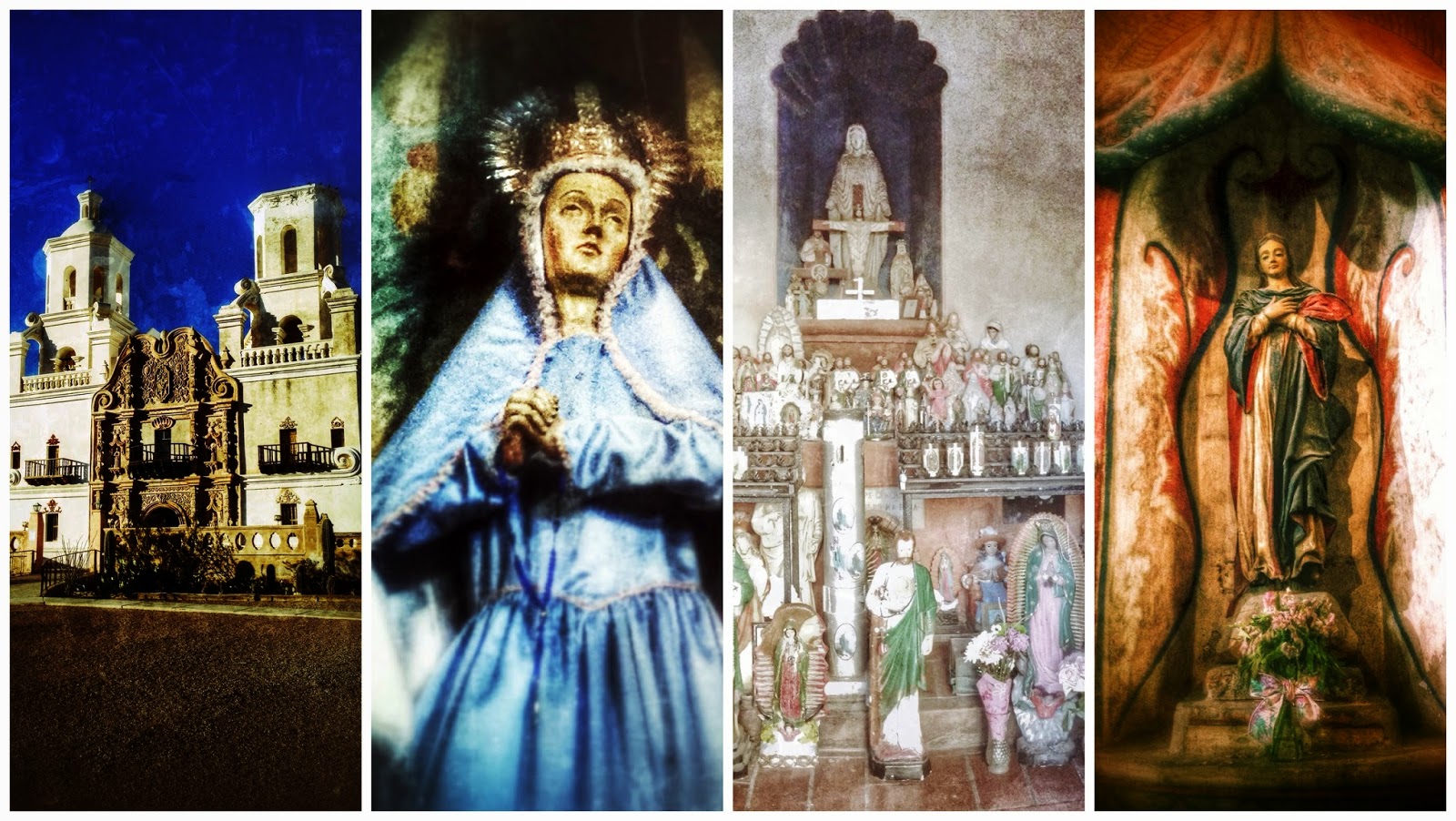