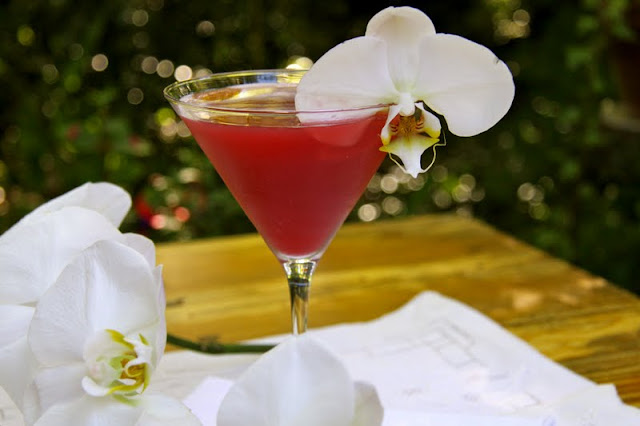 Juliette proclaimed that this was the best Cosmo that she has ever tasted, and having been a bartender until just recently in her past I paid heed, as did Michelle. We all agreed the cocktail was pretty darn fantastic. When we sipped this cocktail together at Mario Batali's bar in the B&B Ristorante at The Palazzo, we decided we would need to recreate it at home. When asked about the blood orange juice in the ingredient list the bartender had recited off to us, he told us that he used a blood orange concentrate... end of story.
Upon returning home, Michelle found the blood orange concentrate from a company in Napa. We procrastinated, not wanting to have to order it on-line because of the stiff shipping charges. Quite simply, the concentrate is frozen and must stay frozen during shipping which requires overnight delivery.
Needless to say, I was very pleased when The Perfect Purée of Napa Valley turned up in the freezer section of my Whole Foods Market last week. Not only did I buy the blood orange purée, I also picked up strawberry, white peach and passion fruit purées which I will keep on hand for other uses. If you are someone who thinks that a Cosmopolitan is just too sweet, here is your less sweet Cosmo. 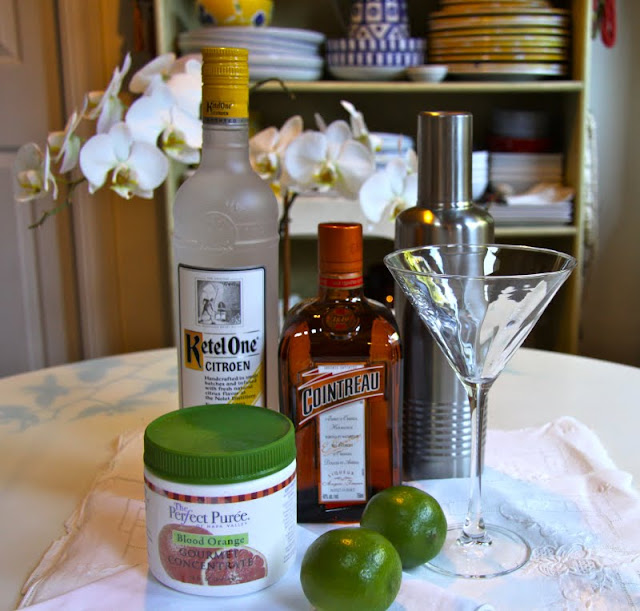 "Made from 100% blood oranges, this classic Sicilian fruit ingredient offers a rich deep orange-red color and citrus flavor base perfect for cocktails, vinaigrette and gourmet desserts. It provides an aromatic, intense citrus flavor without diluting a recipe." ~The Perfect Purée of Napa Valley

This is our recreation of the recipe from the ingredient list which was revealed to us at B&B Ristorante. It makes two small martinis.

Procedure:
1. Dissolve the frozen blood orange concentrate in the fresh lime juice, and then pour all ingredients into a cocktail shaker. Add ice. Shake vigorously and strain into two martini glasses; discard ice. Garnish as desired and serve immediately.

Posted by Salvation Sisters at 11:08 AM