by Michelle
Photos by Linda and Michelle

"The origins of this drink stem from Egypt where they originally used the chufa nut to make horchata. During ancient times the drink made its way to Spain. When the Spaniards brought the drink to Mexico, the natives used rice to make the drink." —Chelsea Kenyon 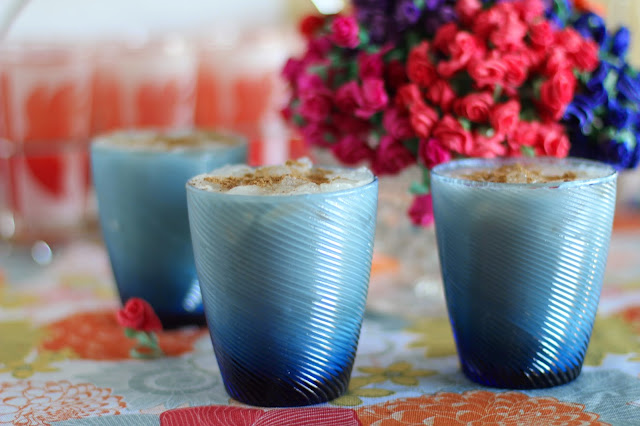 I wish I had a video to share with you of my sister Juliette as she initially tasted the horchata that I made for Maddie's graduation party. Juliette looked like she was tasting a fine wine, analyzing her palette for the complexities of terroir, balanced with the high and low notes of the almonds and rice.

Even though we were celebrating Maddie and her educational accomplishment, I especially made the horchata for Juliette. This story really begins back in February when I learned during a lunch with my sister and her daughters, Avalon and Sonora, that Juliette's favorite beverage with Mexican food is, in fact, Horchata. Not a sweet and sour margarita, nor iced-cold beer, or effervescent Coca-Cola—but the creamy, refreshing agua fresca known as horchata.

After being sisters for four decades, Juliette's declared love of horchata was a new one on me. You think you know a person and then you discover she loves horchata. Who knew? Certainly not me. I had never tasted the beverage before that lunch. And, the horachata served at the restaurant? Juliette declared it the worst tasting horchata she had ever had. I committed myself right then and there to uncover the mysteries of horchata and to try to make the best version mi hermana has ever tasted. 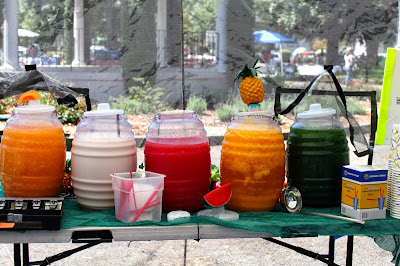 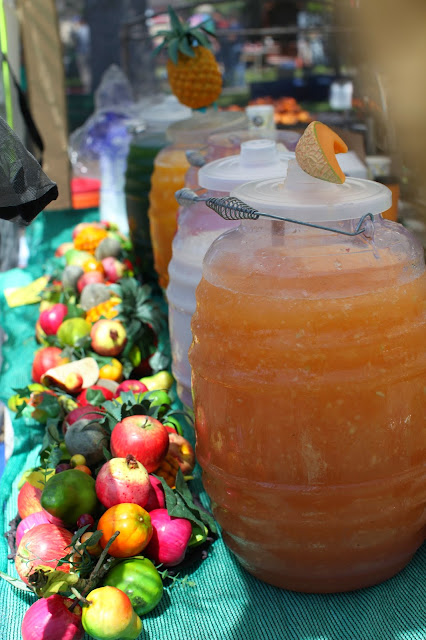 Of course, these days, all quests seem to begin with a search on the internet. The search term "horchata recipe" returned many varying responses from dairy based beverages to more traditional offerings made with nut and rice milks. When in doubt, I say opt for traditional methods. As with the fruit agua frescas, such as watermelon and pineapple-ginger, to make horchata there's a lot of high speed blending, so you'll want a good electric blender to prepare this recipe.
Since the only horchata that I had tasted was the one Juliette declared the worst, I didn't have a favorable flavor profile in my memory banks to work towards when creating the beverage at home. Some recipes call for soaking the rice and almonds together, which I opted against. When making an almond milk, the almonds soak overnight in filtered water. Afterwards, the soaking water is discarded and the soft almonds are blended with fresh water. I was concerned that the almonds' soaking liquid might taste bitter. Also, if you are interested in such things, the strained almond pulp can be used as a cooking additive in crackers and baked goods, whereas there really isn't a good use for the strained rice pulp.
I waited with bated breath as Juliette took an initial sip of the homemade horchata. She was not quick to provide feedback. I patiently studied her face for signs of approval, but her features were still, except for her lips which gently moved as the horchata rolled around in her mouth. Finally, after what seemed to be forever, Juliette said without enthusiasm, "It's not the best I've ever had." Oh, the stinging bluntness between sisters.
That's the great thing about Juliette though, she's always honest. Searingly so, at times. "What would make it the best?" I asked, figuratively swallowing my disappointment. According to Juliette my horchata needed to be thinner and it needed more canela (Mexican cinnamon). In fact, I was greatly relieved. I could overcome those two objections rather easily. I immediately added more club soda to thin the mix. That night, as I was putting away leftovers, I added another canela stick to the remaining horchata and gave the creamy beverage a good stir.
In the morning, Juliette poured glasses of horchata to accompany our impromptu breakfast of chilaquiles. Juliette repeated her standard connoisseur's taste test. Much to my relief, my dear sister declared my homemade horchata a winner. 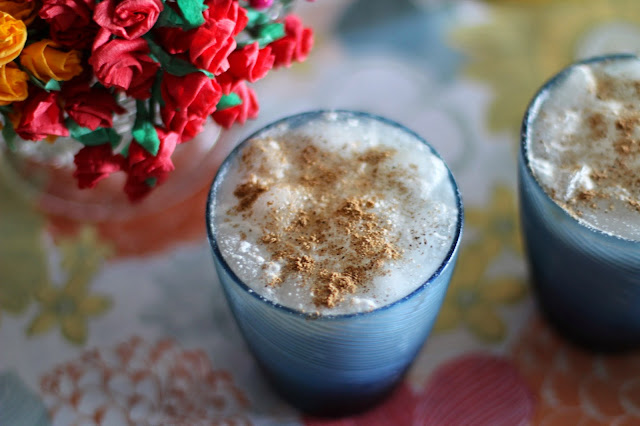 Both the almonds and rice need to soak for a minimum of 10 hours, so plan accordingly. Once the almonds are pulverized and strained, you can use the almond "pulp" in a variety of recipes from adding to smoothies to making crackers. If you are tempted to use a commercial almond milk, know that many off-the-shelf brands have unfriendly food additives that are best avoided and the preparations don't taste nearly as good as homemade.
Juliette informed me after I made this recipe that in some Mexican kitchens, cooks use rice flour as a quick work around to the soaking, blending and straining of the soaked rice. After making the horchata with rice, I dare say that I would be tempted to try the shortcut the next time around.
Finally, I wanted to make my horchata dairy-free for the party. Many recipes call for condensed milk for horchata, but I opted for full-fat coconut milk that I blended with the sugar, although honey simple syrup would be delicious.

Add-ins:
4 cans full-fat coconut milk - shake the cans well
about 2 cups sugar or honey syrup, or to taste
about 3 liters of chilled filtered water or club soda - the liquid should be the consistency of whole milk

Procedure:
1. To make the rice milk: Combine the raw rice, 12 cups filtered water, 3 canela sticks and vanilla beans and soak for 10 hours or overnight. I placed the covered container in the refrigerator.
2. To make the almond milk: Combine the raw almonds, 1/2 teaspoon sea salt and enough filtered water to cover by 2 inches. Soak for 10 hours or overnight in the refrigerator.
3. In four batches, add one cup rice, 2 dates, and three cups soaking water to an electric blender. Include some of the canela and vanilla beans in each batch. Blend well for several minutes. Pass the liquid through a fine-mesh sieve into a large container, such as a cambro and discard solids.
4. Drain the nuts and rinse well. Transfer 1 cup soaked nuts to a blender and add 4 cups filtered water, 3 pitted dates and 1/2 teaspoon sea salt. Blend until smooth, about 2 to 3 minutes. Pour liquid through a fine-mesh sieve, discarding solids (you can reserve the nut mash to make crackers or add to smoothies). Repeat with remaining almonds. Line the sieve with cheesecloth and strain the mixture a second time. You will likely need to replace the cheesecloth several times. Alternatively, you can use a nut bag if you have one (hold the jokes... although we most certainly did not).
5. Combine the strained rice and almond milks into a large serving container.
6. In two batches, in an electric blender, whirl the coconut milk (and solidified coconut fat) and sugar or honey syrup. Blend until emulsified. Add mixture to the rice and almond milks and stir well. Thin the horchata with cold filtered water or cold club soda to the consistency of milk. Serve over ice. I also like to sprinkle a little nutmeg over my serving.

Posted by Salvation Sisters at 9:35 AM