"After all, to the well-organized mind, death is but the next great adventure."
—J.K. Rowling

Last year, I celebrated El Día De Los Muertos over the course of a couple of events, beginning with a weekend in Bisbee to attend and photograph an art and altarpiece juried exhibition managed by my sister Juliette and concluding with the All Souls Procession in downtown Tucson.
The art event was held at Central School Project which is housed in a historical building (and a retired high school) situated just above the downtown area. The former classrooms have wood floors and beautiful casement windows that open to let the fresh air circulate around the high ceilings that are embellished with crown molding.
The gallery space is not too small and not too big and is flanked by staircases that give the room an air of openness like an Escher drawing. Juliette encouraged me to contribute artwork to the show, and with some nudging, I made canvases from photographs that I captured during the All Soul's Procession of 2012 and 2013 as well as photographs of my visit to Tumacácori. The community altar was decorated with paper flowers made by a small group of women, including my sister, Juliette. I traveled down to Bisbee to photograph the event and to document how the paper flowers are made.

For the last few years our family has made an event of attending the All Soul's Procession. We eat dinner early and then we stay together as a loosely knit group. We stake a claim to territory on the sidewalk where we hope to maintain an unencumbered view of the Procession as the reflective participants meander by in honor of loved ones that have died. Because I choose to shoot the Procession handheld (no tripod) and without a flash, every year I seek to find an area to stand where the road is flooded with light from overhead street lamps. So, depending upon how long dinner lasted, and how thick the crowds have become, we have not yet had the opportunity to stand in the same place twice from year-to-year.
The 'tarot of photography' is the way I'd describe capturing images at the All Soul's Procession. No two photographers standing side-by-side will produce the same photographs. A bit of luck and skill and perhaps even chutzpah come together for one to quickly capture with the click of a shutter, the fleeting personal moments that rapidly appear and just as quickly disappear. The strolling crowd is constantly moving forward, and past where I am standing. My camera is held at the ready, just below my chin, while my eyes scan the crowds for interesting subjects and compositions. I never really know what I have picture-wise until I download the photos to my laptop and begin scrolling through the images. I cringe at the "just missed" shots, which are usually too blurry. And, I rejoice at the clean captures. That's life... sometimes you just don't know what you're going to get. It's a bit of a game. Sometimes you lose, sometimes you win. 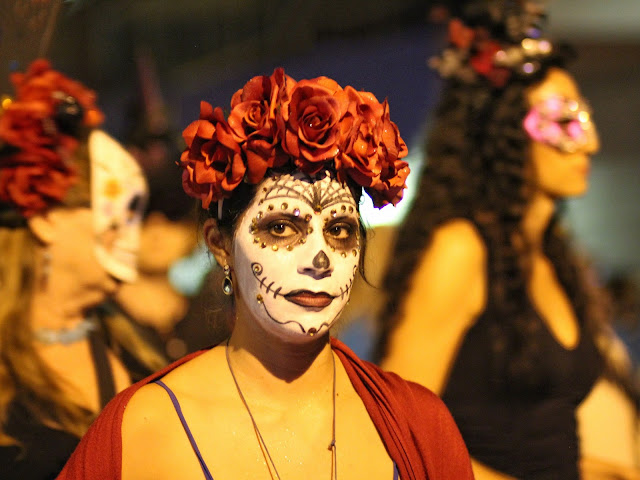 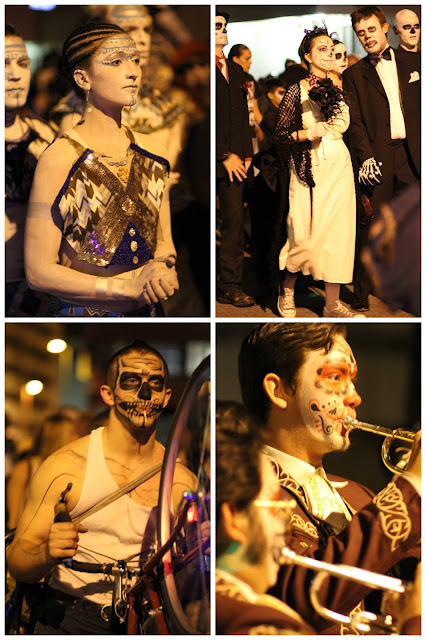 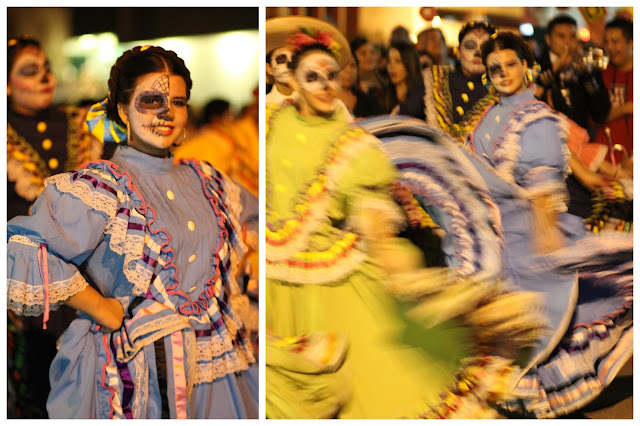 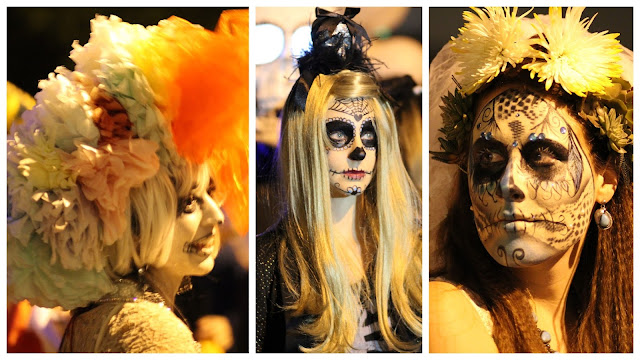 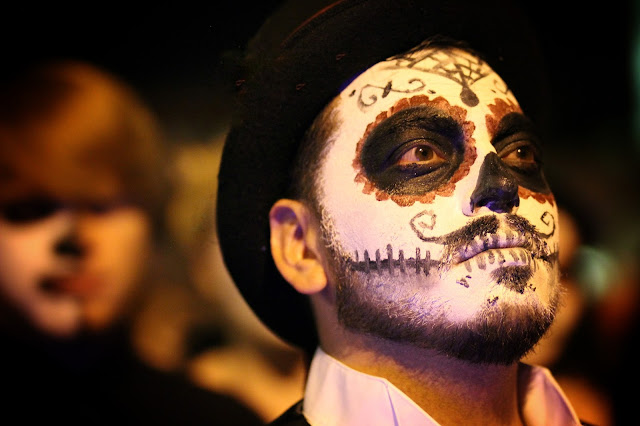 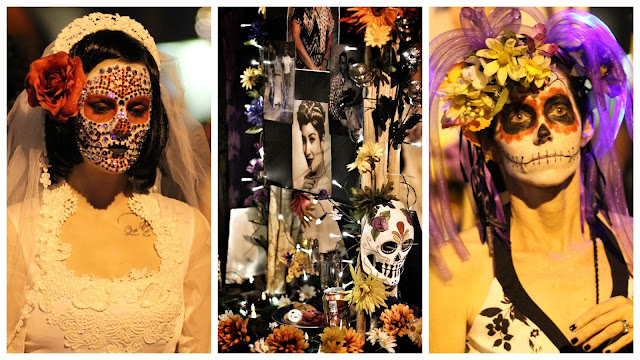 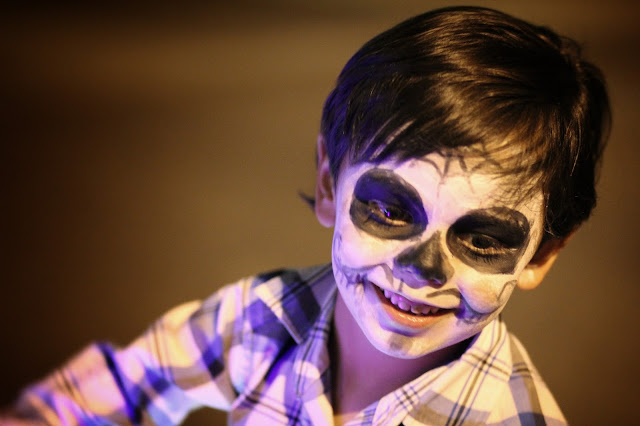 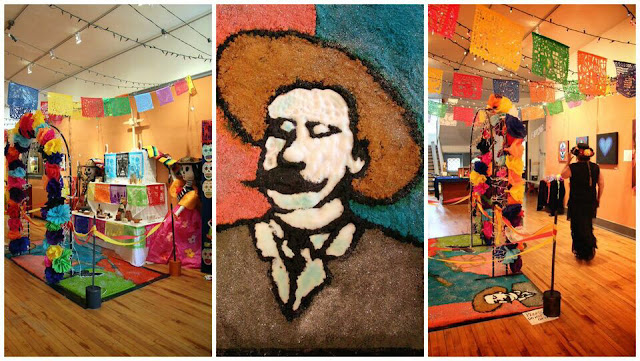 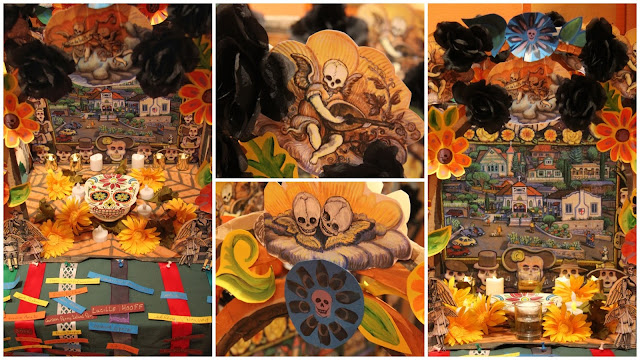 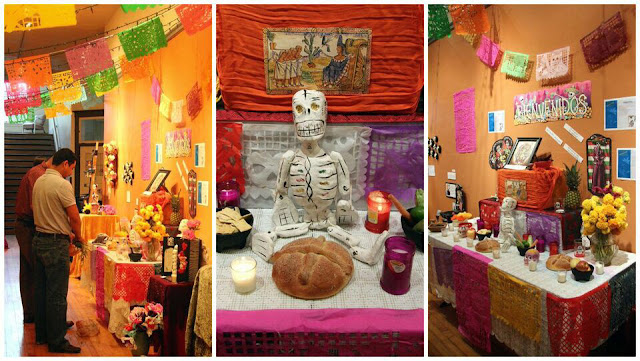 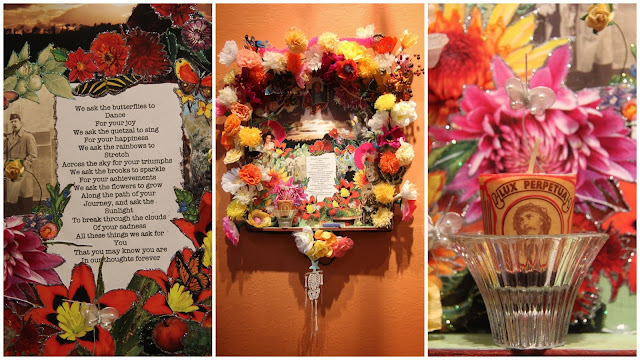 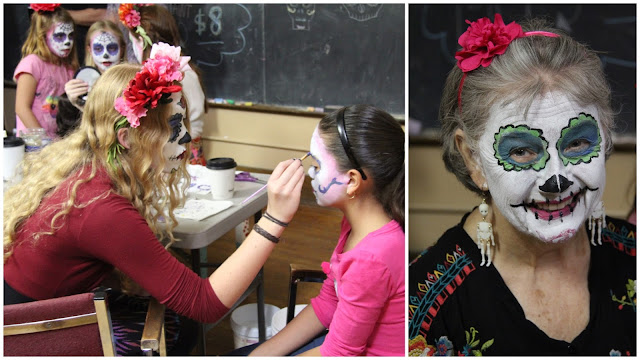 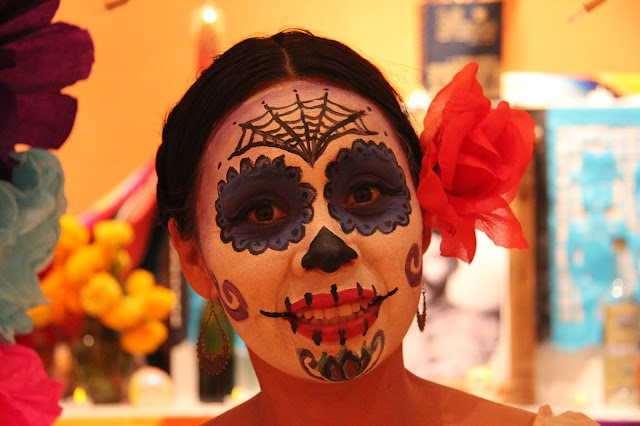 This year our extended family was thrilled that Juliette's sugar skull was featured on the cover of Edible Baja Magazine. Juliette has been making intricately decorated sugar skulls adorned with brightly hued fondant frosting for a decade. Her festive designs never fail to delight us and we look forward to seeing her new creations in August and September, which are made in advance preparation for numerous celebrations held in mid and late October leading up to November 1st, when Día De Los Muertos is observed.
To learn more about making sugar skulls, read our blog post how to make sugar skulls at home and then throw the ultimate sugar skull decorating party. And, if you are going to host a sugar skull decorating party, there is no better time to make and serve Juliette's famous Pumpkin Soup. For dessert, what could be better this time of year then baking Dead Man's Party Cookies? Nada! 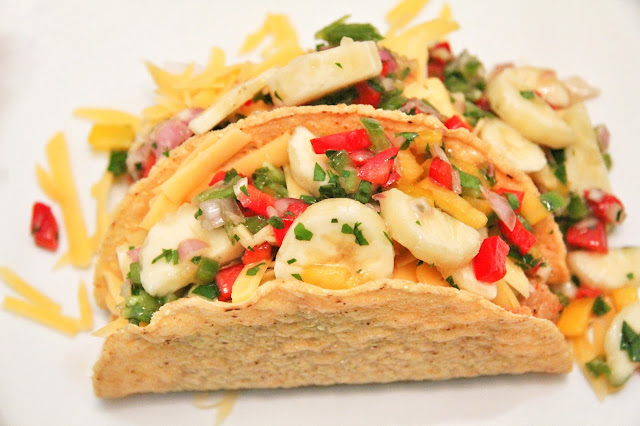 Make this salsa ahead of time by simply mixing all the ingredients together except the banana. When ready to serve, peel and dice the banana and add it to the mix. Double the recipe if needed, but be forewarned that leftovers of this salsa do not keep well.
Whip up a quick meal of tacos or steamed tamales and top with a large spoonful of Banana Salsa for a burst of fruity, tangy flavor. The salsa is also beautiful and tasty served over steak type fish such as Halibut, or pan fried chicken breasts. 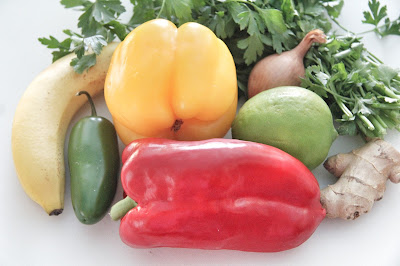 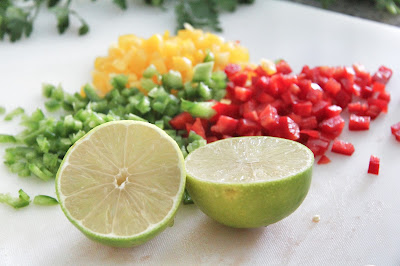 Procedure:
1. In a small bowl, combine all ingredients; toss lightly to mix. Taste and adjust seasonings. Serve within one hour. Makes 1½ cups. 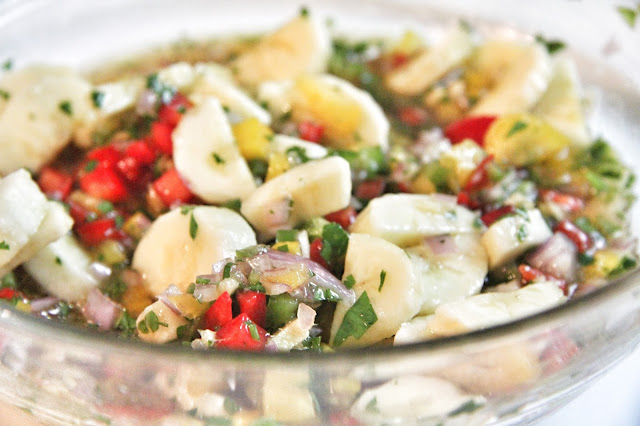 Posted by Salvation Sisters at 7:13 AM