"The majority of modern medicines orginate in nature. Although some mushrooms have been used in therapies for thousands of years, we are still discovering new potential medicines hidden within them." ~Paul Stamets 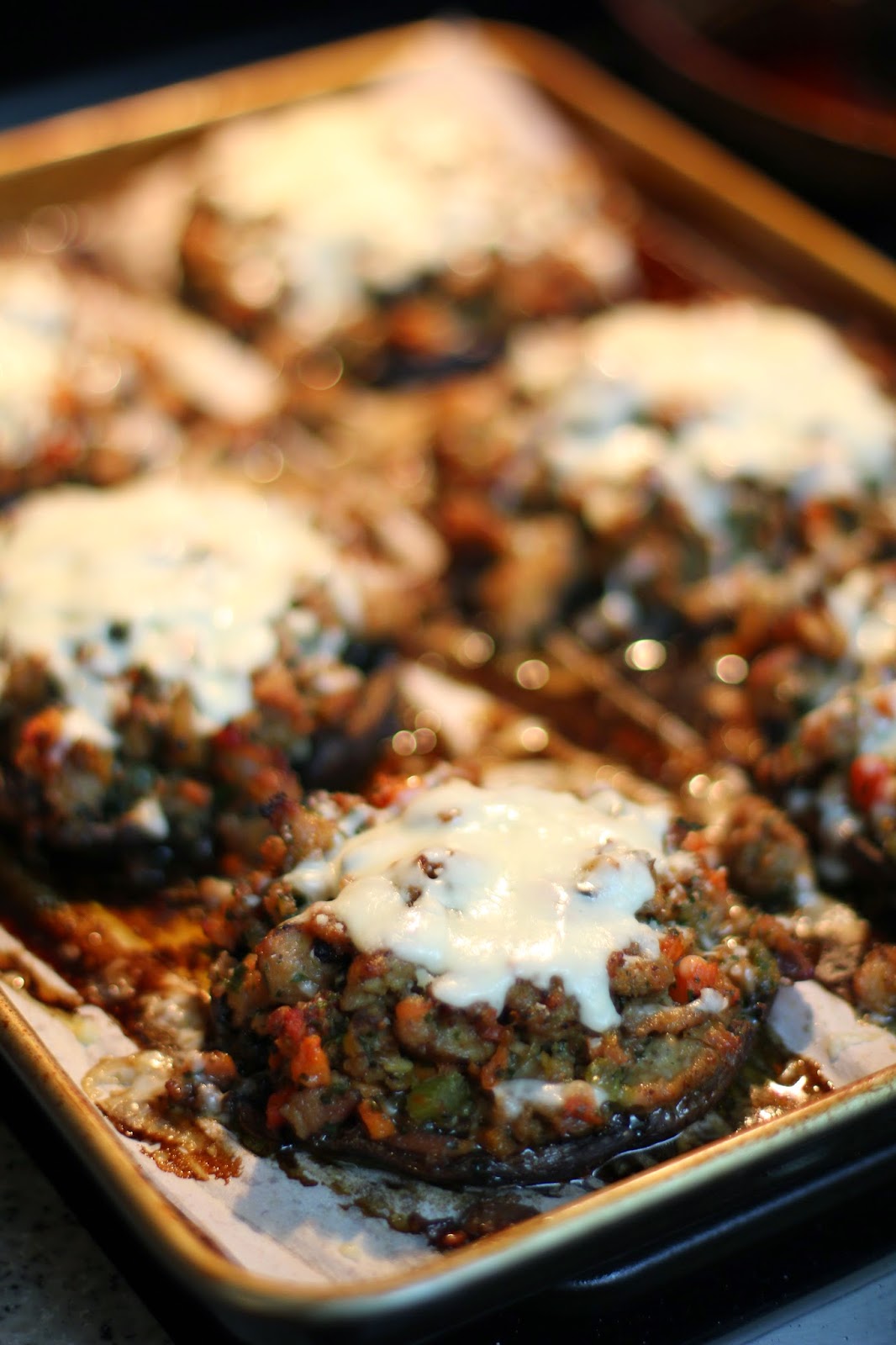 Oregano's Pizza Bistro is a Chicago-style pizza restaurant that just so happens to offer really excellent stuffed portobello mushrooms. According to the menu, the big caps are stuffed with sausage, marinara, basil, four cheese blend and diced roma tomatoes. This is my take on their popular dish.
Since I've been eating Paleo-style, I threatened my family that I was going to stuff the mushrooms with riced cauliflower. Horror ensued. After a recent jaunt of over-imbibing cauliflower during the Whole30 Challenge, my husband and daughter raised the white flag. And waived it vigorously. Surely there would be anarchy in the house if I proceeded with that plan. I do wonder though, if jazzed-up cauli-rice might make a great vegetarian filling. I didn't add a dab of marinara like Oregano's, but I may try that next time. My basil pesto might also be great smeared on the bottom of the cap along with the balsamic. So many variations, so little time.

Although I have been eating primarily Paleo since February, I have continued to eat some dairy. I tolerate dairy well and love cheese too much to give it up. 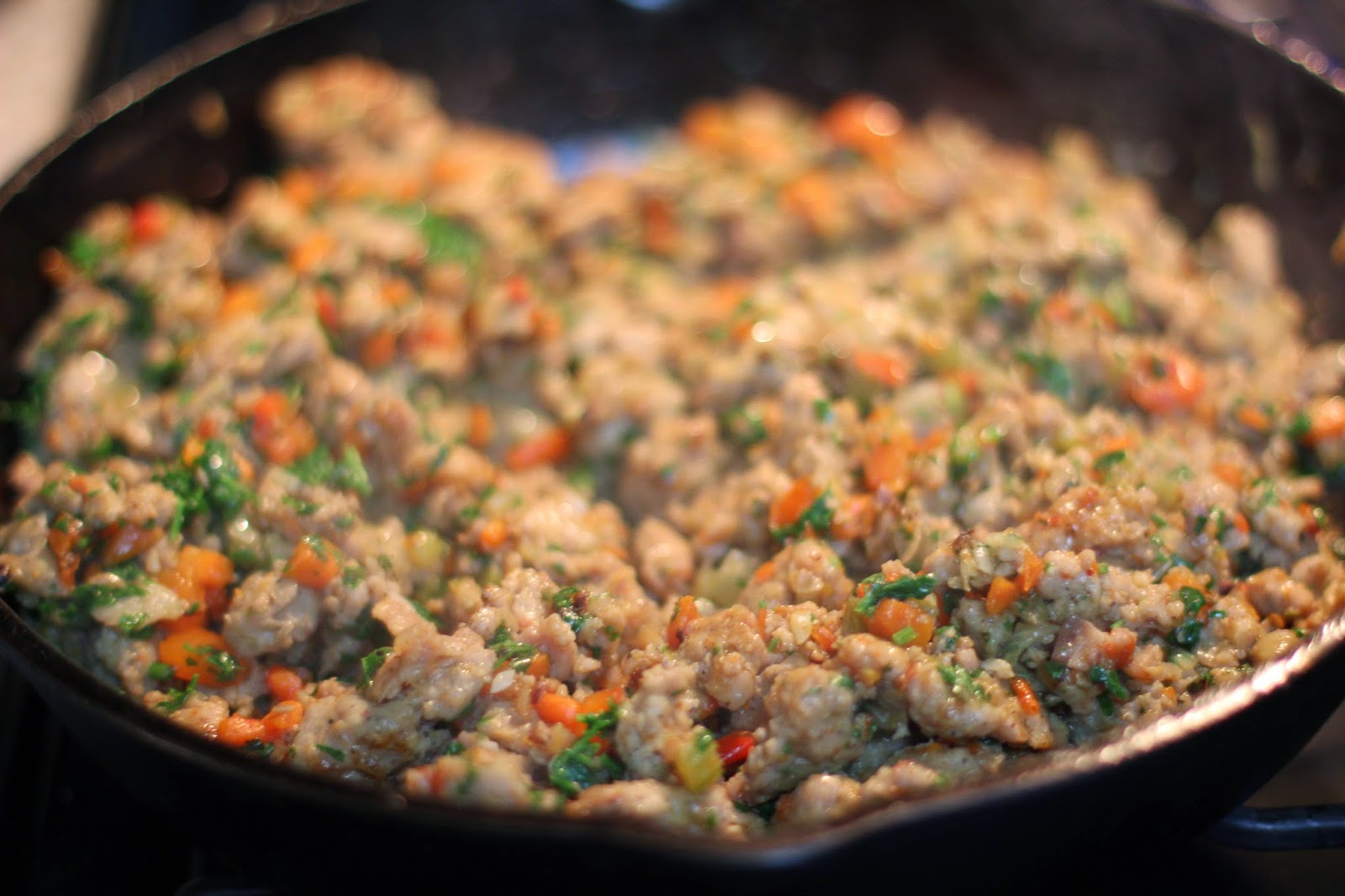 2. While the sausage mixture is cooking, prepare the mushrooms. Carefully remove stems with a paring knife and discard. Gently remove brown gills from undersides of mushrooms using a spoon; discard gills. Line a baking sheet with aluminum foil. Place a rack on top of the aluminum foil. Put the mushrooms on the rack and set aside.
3. Drizzle mushroom caps with balsamic glaze, or brush on a thin layer of balsamic vinegar. Divide the filling among the 6 mushroom caps.
4. Bake 15 minutes, then remove caps from oven and sprinkle the tops with grated parmesan and shredded mozzarella. Return the mushrooms to the oven and bake an additional 5 minutes. Serve immediately.

Posted by Salvation Sisters at 8:17 AM