"The years have passed like swift draughts of sweet mead in lofty halls beyond the West."
~ From The Lord of the Rings by JRR Tolkien

Just a few days after Christmas this past year, I was scrolling through the feed on my facebook page early on Saturday morning, when I noticed a post from Taste Marin. Turns out that there is a meadery in Marin County. Who knew? I certainly did not, and I was instantly intrigued. Mead, in case you are hearing about it for the first time, is an ancient alcoholic beverage. Wine is made from grapes, and mead is made from honey. It is thought to be the ancestor of all fermented drinks with a history dating back to at least 2000 BC.
Excited with my new discovery, I then called Heidrun Meadery to see if I could arrange for a tasting that very afternoon. There was indeed space available, and so just a few hours later on a sunny winter's day, Mark and I found ourselves traveling out on the back roads of Marin not too far from Point Reyes Station. We turned down a long tree-lined lane and followed the painted arrow to the meadery. 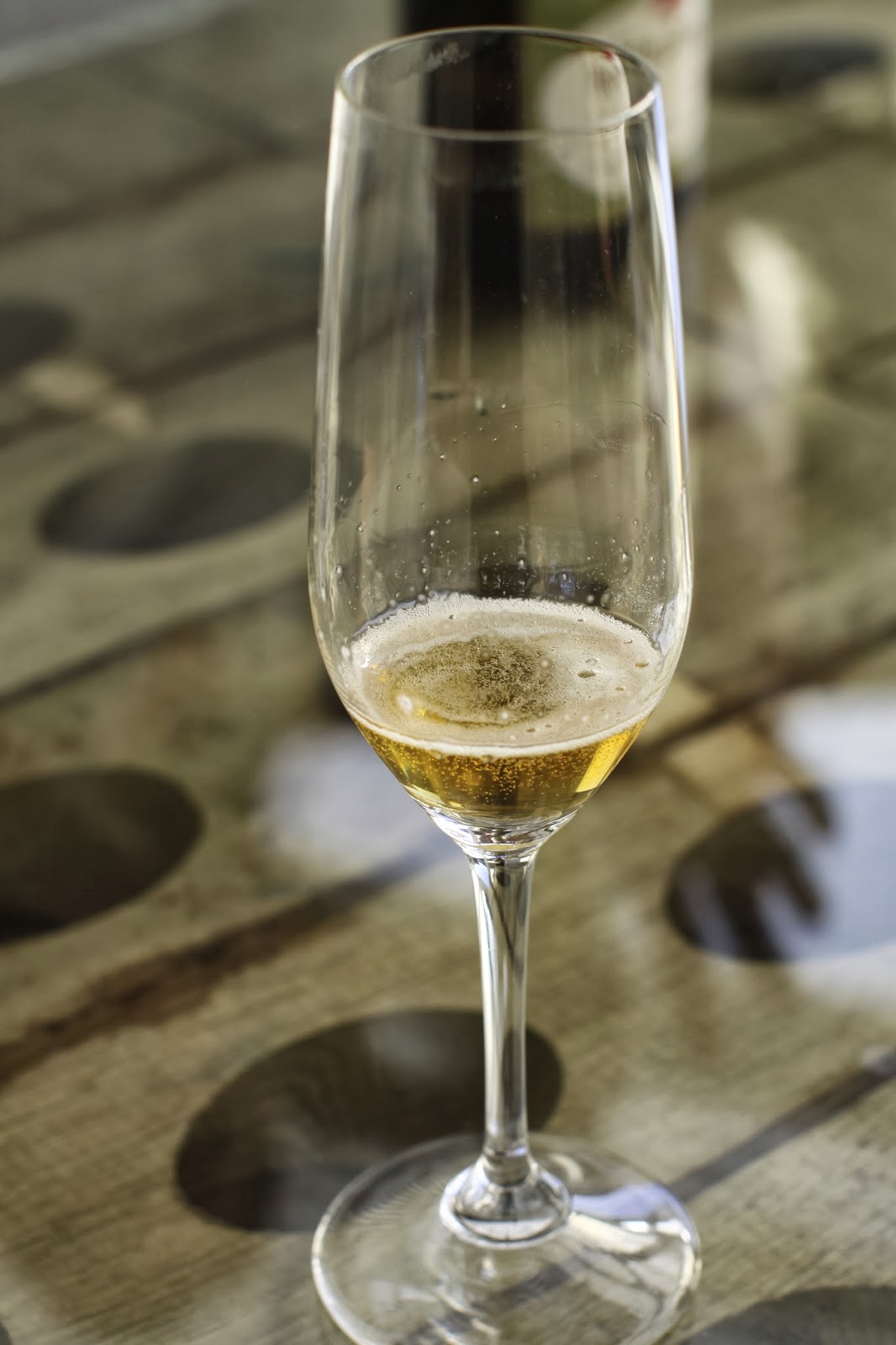 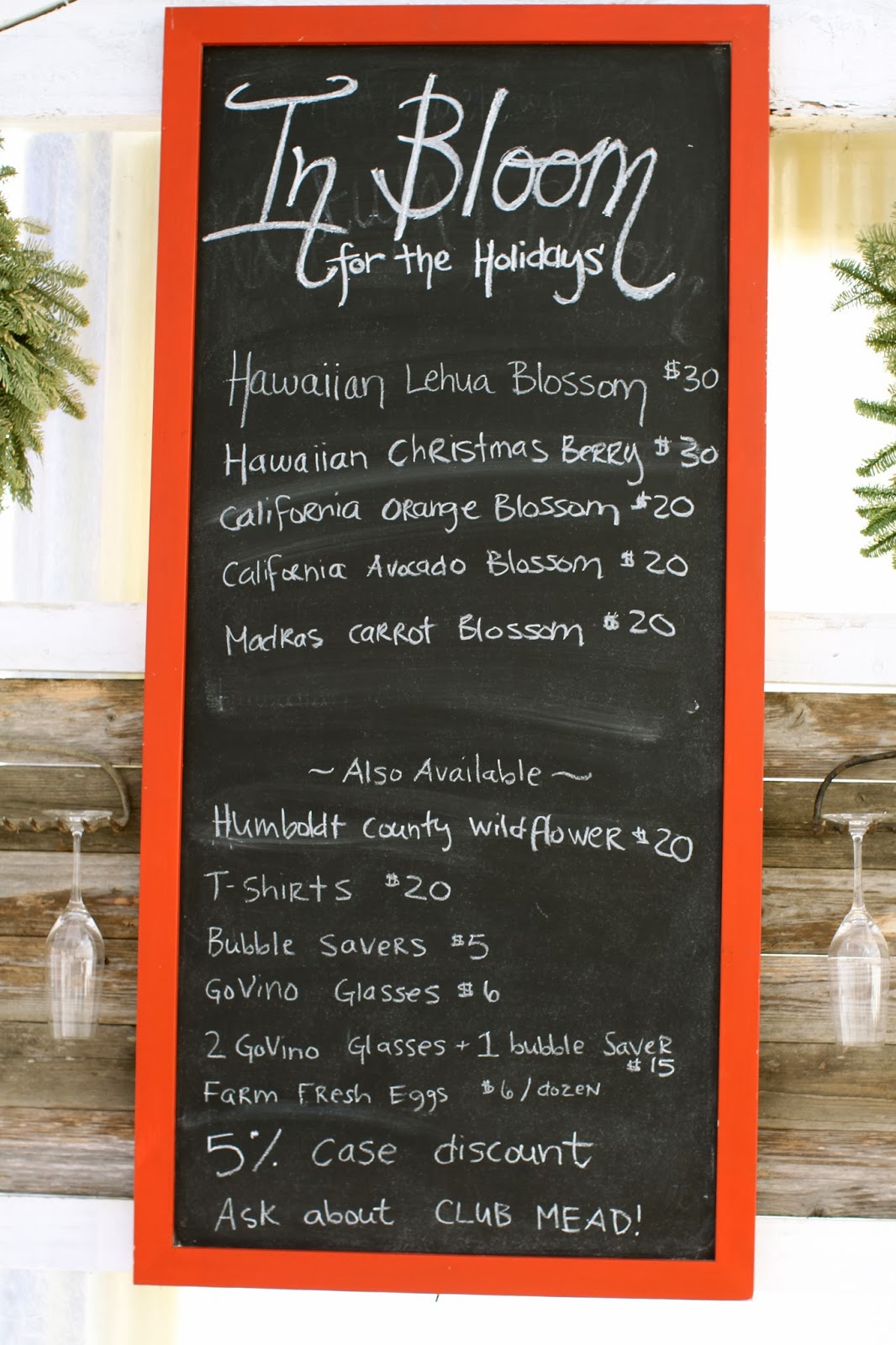 We were greeted by a most lovely and engaging young woman named Carly, who is the Director of Sales and Hospitality. For the next hour she educated us about mead and the operations at Heidrun. Not only did we taste several kinds of mead and honey, but we were treated to a full tour of the facility and grounds. I was very excited to see the bee hives that we spotted as we drove into the property.
One of the things that I love about tasting at small facilities (usually wineries), is that you often find people who are incredibly knowledgeable and passionate about their products. This was the case with Carly. Her enthusiasm for the mead, her knowledge of its history and how it is made at Heirdrun, was truly inspiring. 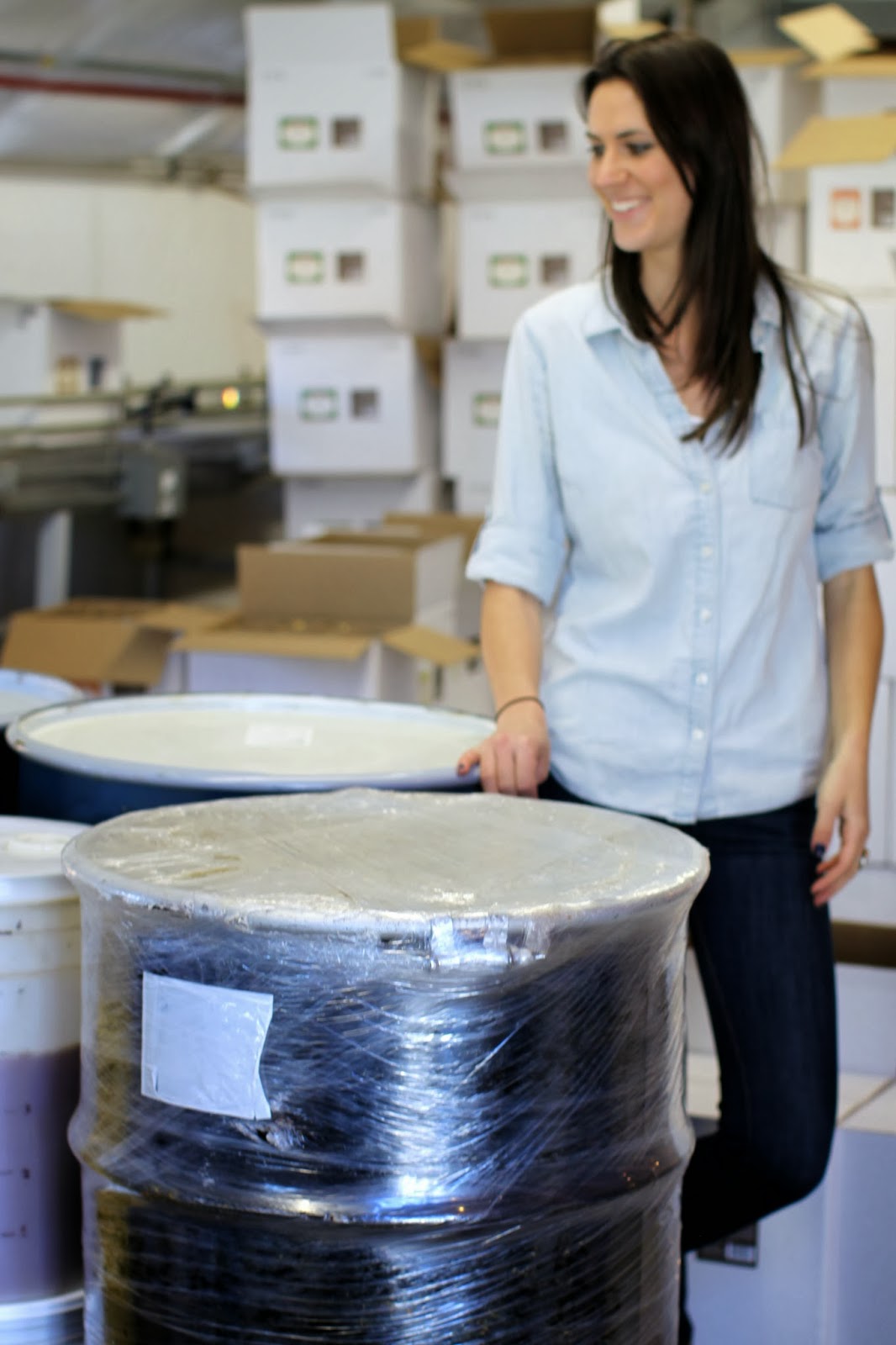 The last time that I had mead was on a trip to Ireland in 1997. Our group attended a reenactment of a medieval dinner at Dunguaire Castle, and we all were poured a small cupful of mead, because this is the beverage that would have been served in the middle ages. It was sickly sweet and as I recall, I wasn't in a hurry to try it again soon. In contrast, Heidrun mead was a revelation. The nose of the mead is perfumed with honey and has floral notes, and this mead is also full of delicious bubbles, but it is dry with wild honey flavors that linger on the finish. It is made by using the French Méthode Champenoise, so the sugars are digested in the base wine, and then a second fermentation in the bottle creates the magnificent Champagne bubbles. This multi-step process, which takes four months from start to finish, produces a beautiful beverage that is brut dry and clean on the palate, while retaining flavorful honey notes on the finish. It is rich in aromatics and lightly-scented of orange blossoms, wild flowers or even carrot and avocado flowers, depending on the variety of honey that was used to make it. 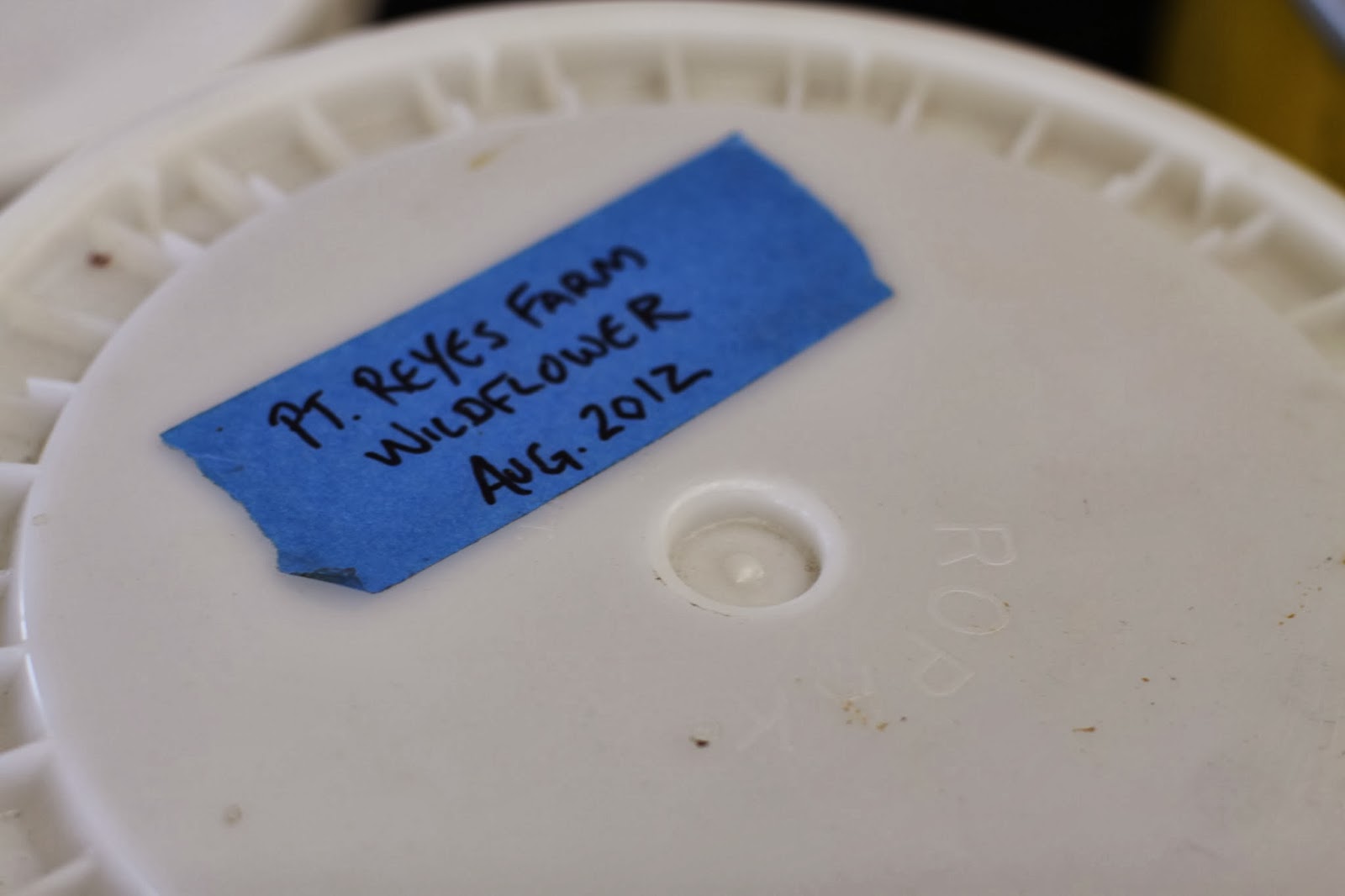 Gordon Hull is the proprietor at Heidrun. The meadery gets its name from Norse Mythology. Odin, according to legend, refused all food for fear of being poisoned by his enemies, and instead existed on mead produced by his magical goat named Heidrun. The business was launched over decade ago by Gordon in Arcata, but Hull desired to be closer to the Bay Area, and five years ago he purchased sixteen acres near Point Reyes and then relocated his family.
This week when I was writing about our visit in December, Mark brought home the Winter 2013 issue of Flourish (a magazine devoted to sustainable living in California's North Bay), which just happens to have Gordon on its cover, and features a great article about Heidrun. I am attaching a link to the piece which is full of information and beautiful photos. To read the article click here. 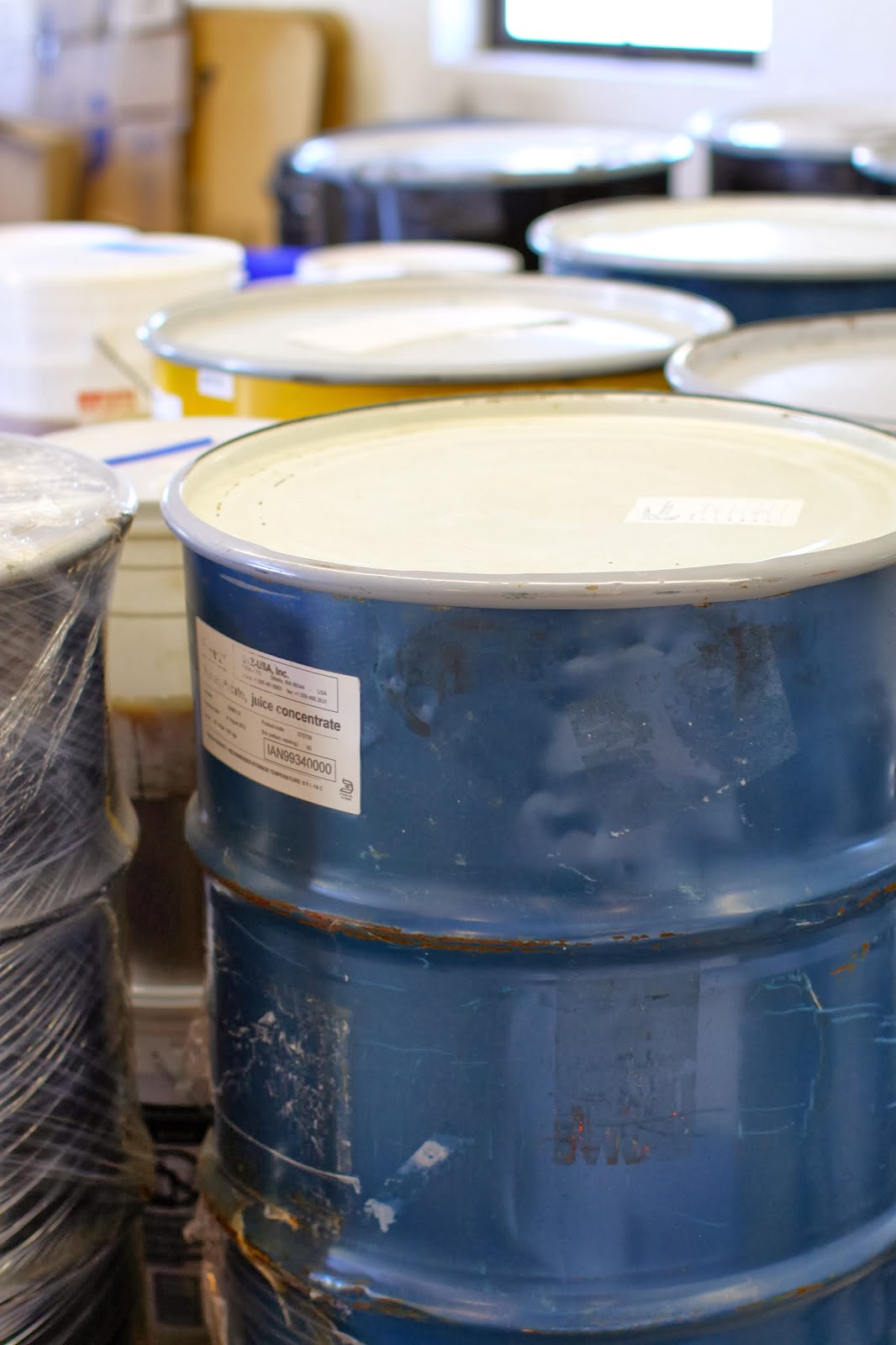 It takes a lot of honey to make even one bottle of mead (about a half pound). Which brings us to the very timely topic of bees and the frightening decline in bee populations worldwide. In case you have been living in a cave, and haven't heard about the plight of bees, they are dying off in massive numbers. Simply stated, they are in grave danger. It is referred to as colony collapse disorder in the scientific community. The consequences of colony collapse disorder are affecting us now, and Heidrun has had its own struggles with keeping its bee colonies alive and healthy. California, for example, did not have enough bees to pollinate its entire almond crop last year, resulting in an almond shortage. I have a two word solution to help the bees: Buy Organic! Pesticides and GMO proliferation are thought to be major contributors to the crisis. 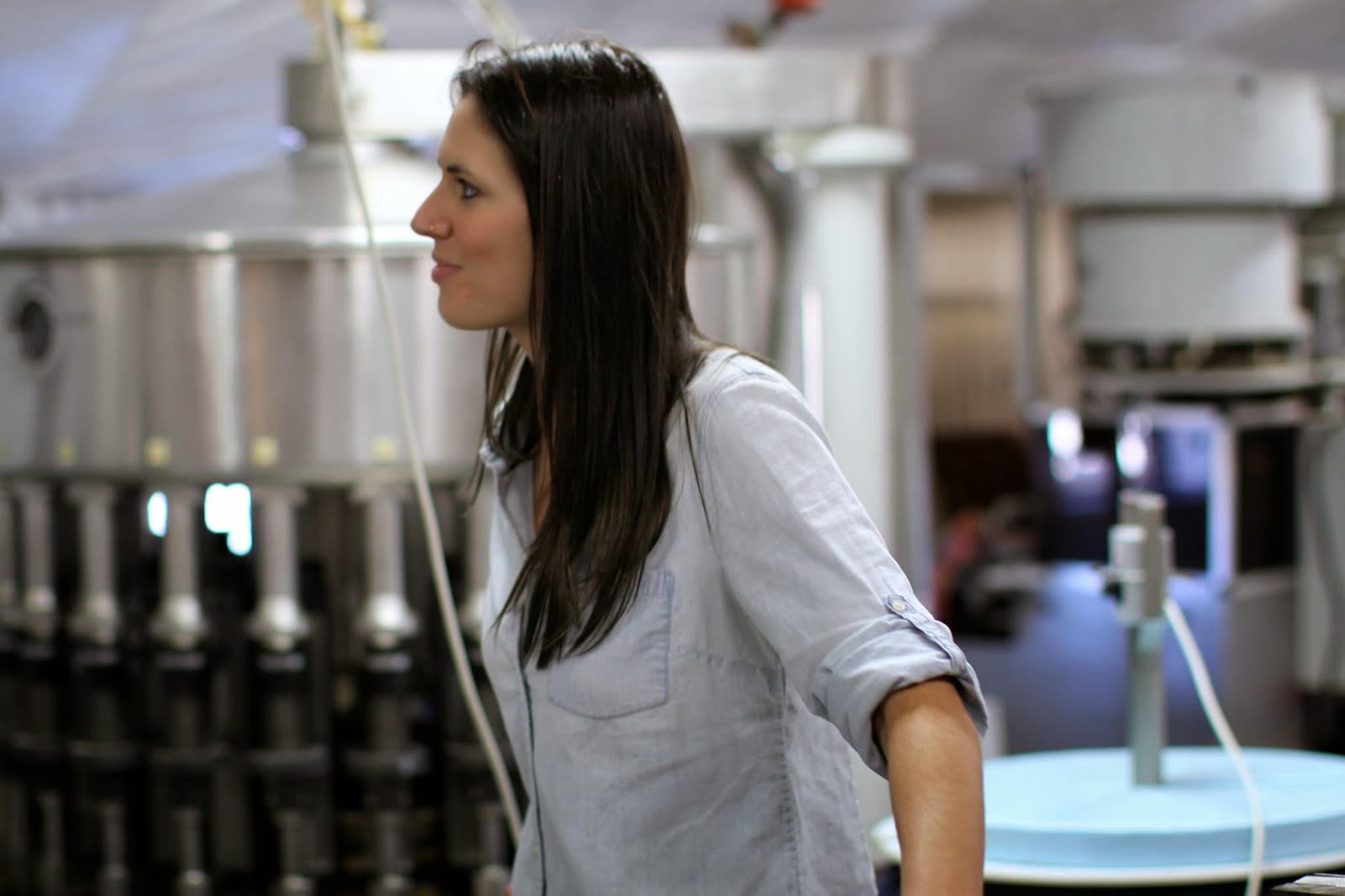 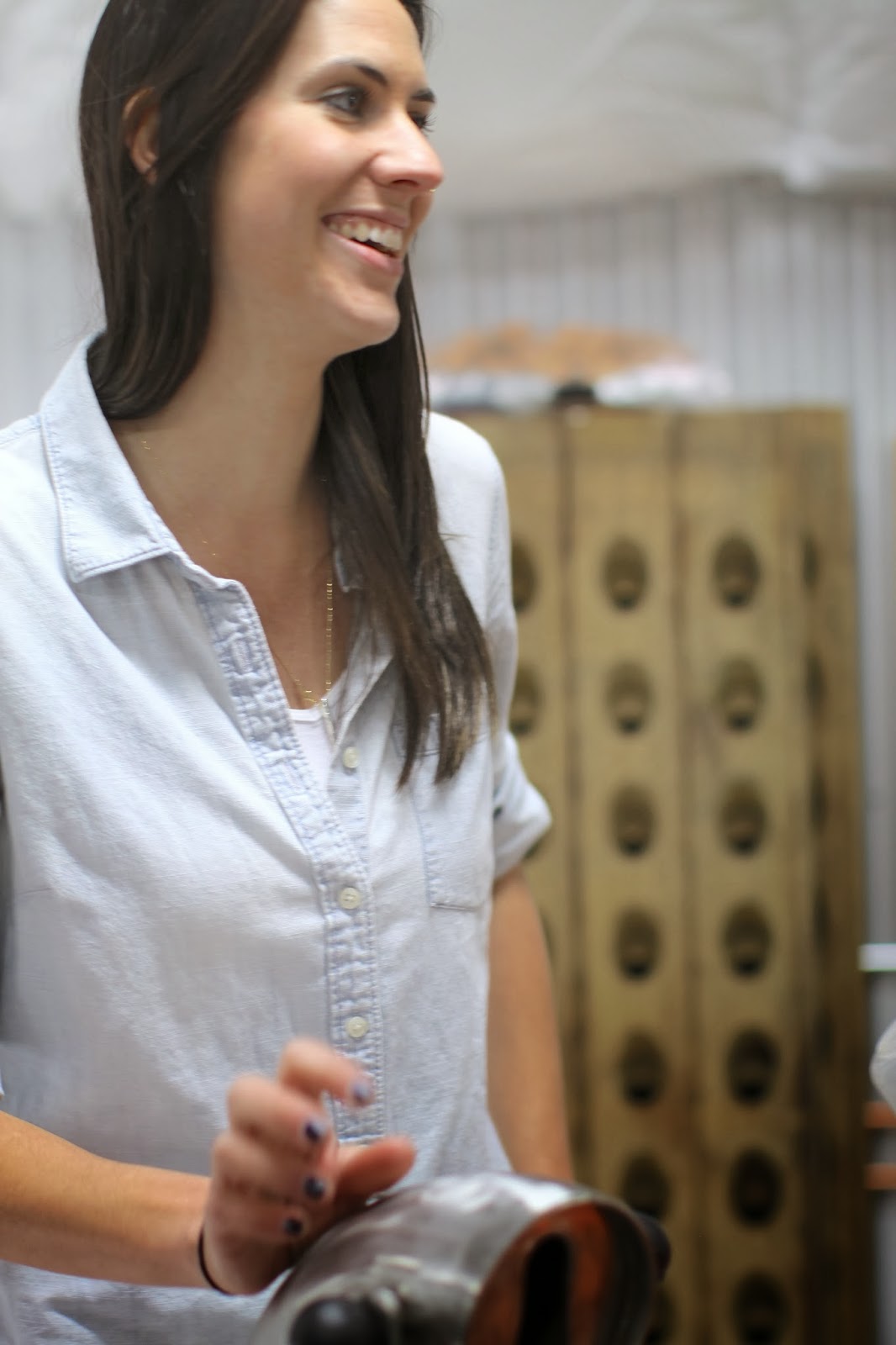 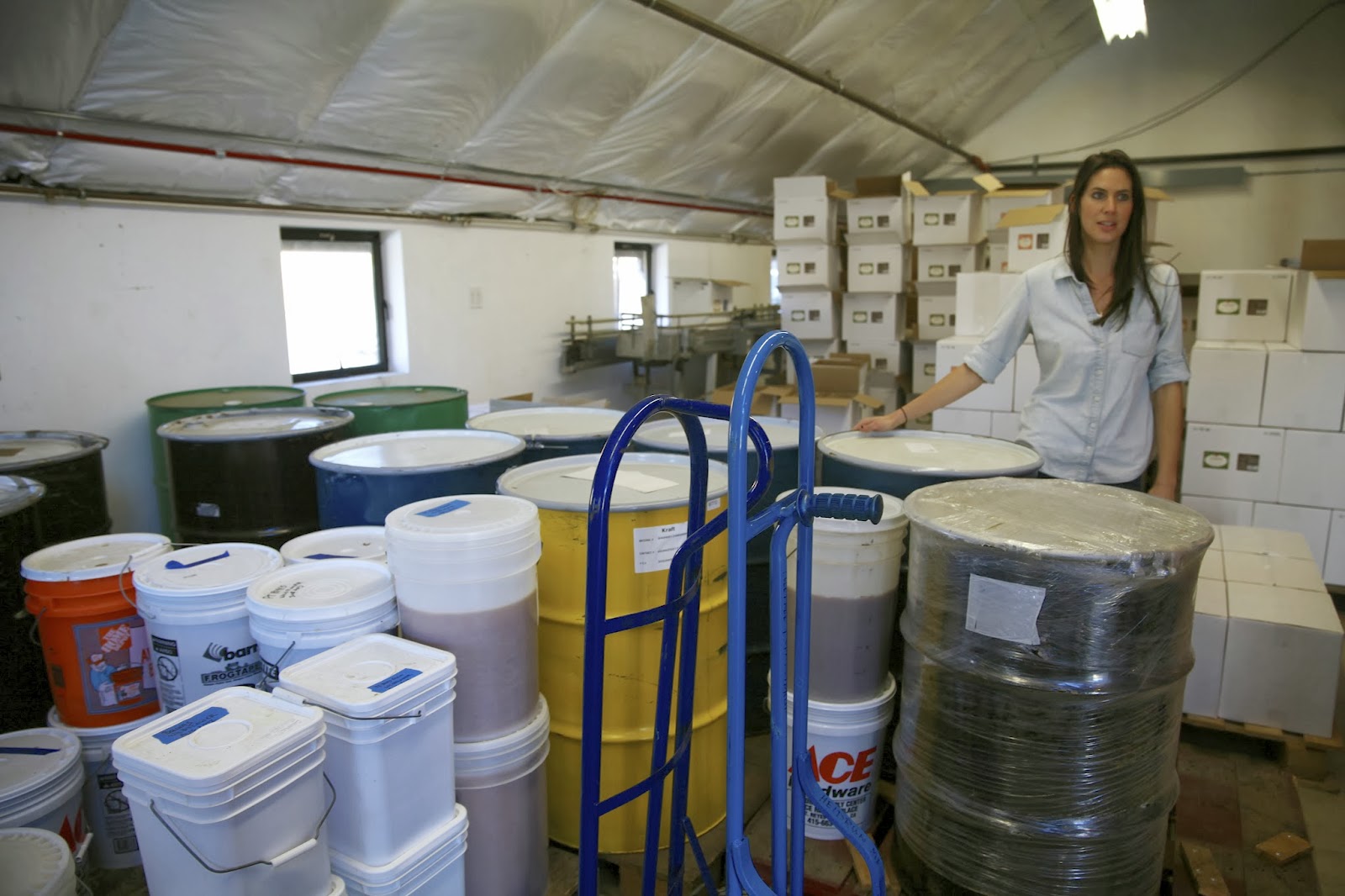 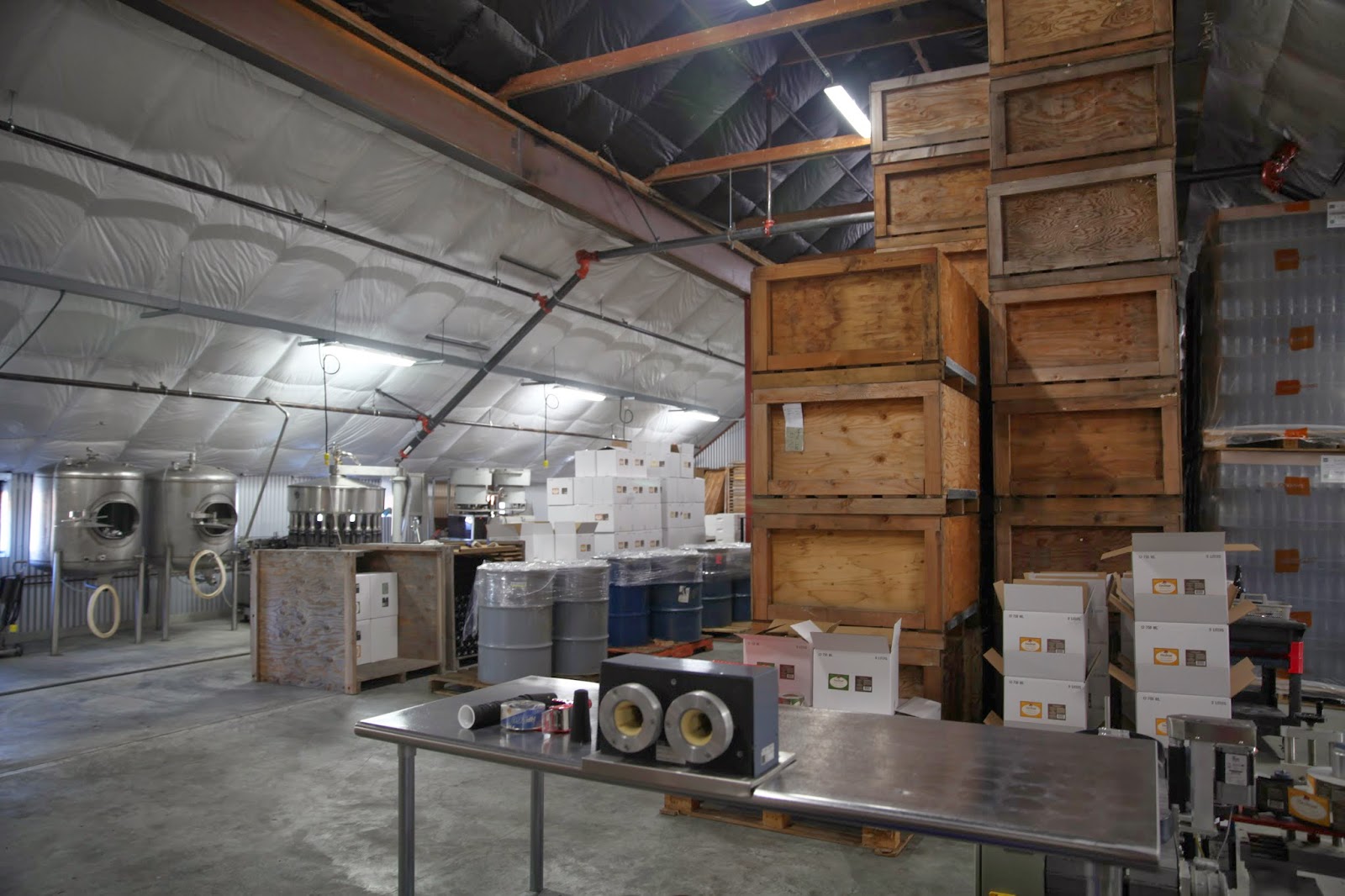 After our tour of the warehouse, we walked outside and talked some more about bees. As previously stated, Heidrun has its own hives and beekeeper, Brad Albert. Some of the hives are kept in Bolinas and San Anselmo, as well as at the meadery, but Heidrun does not yet produce enough honey to make much mead from it. Carly did admit that keeping the bee colonies alive has been difficult. The aforementioned article in Flourish quotes Gordon saying that the heavy rains in the first years nearly wiped out the young colonies, and one morning this past October the bees had simply disappeared. Therefore the bulk of the honey used at Heidrun is sourced from other beekeepers in California, and to my surprise, quite a bit of the honey comes from Hawaii.

The land that Heidrun Meadery is on, was once part of the well-known Giacomini Dairy. I visited the Giacomini sisters at their dairy in Point Reyes last fall, where they make award winning cheese. I wrote about my visit in a post which we published last November. To read about my trip to Point Reyes Farmstead Cheese Company click here. 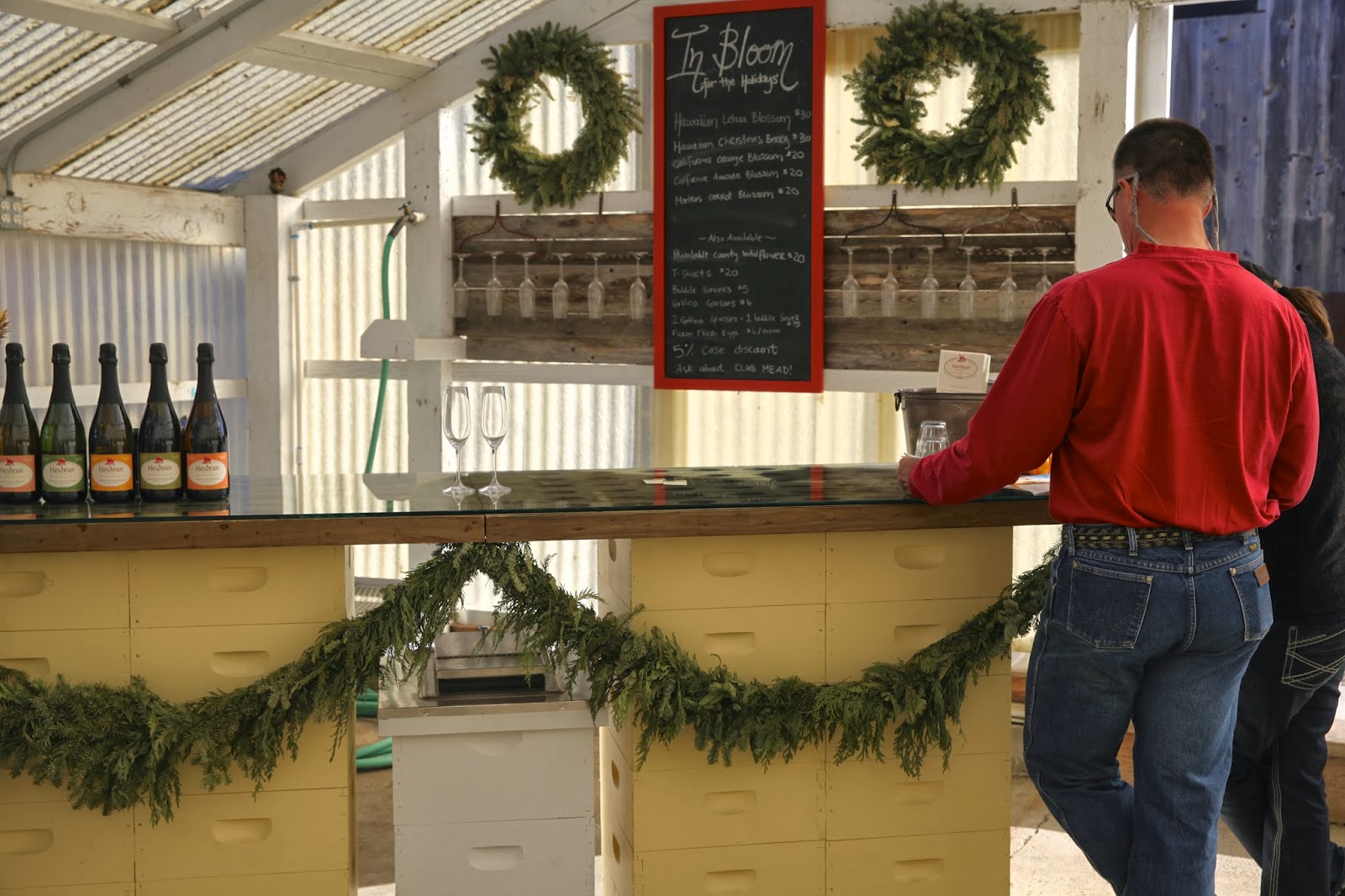 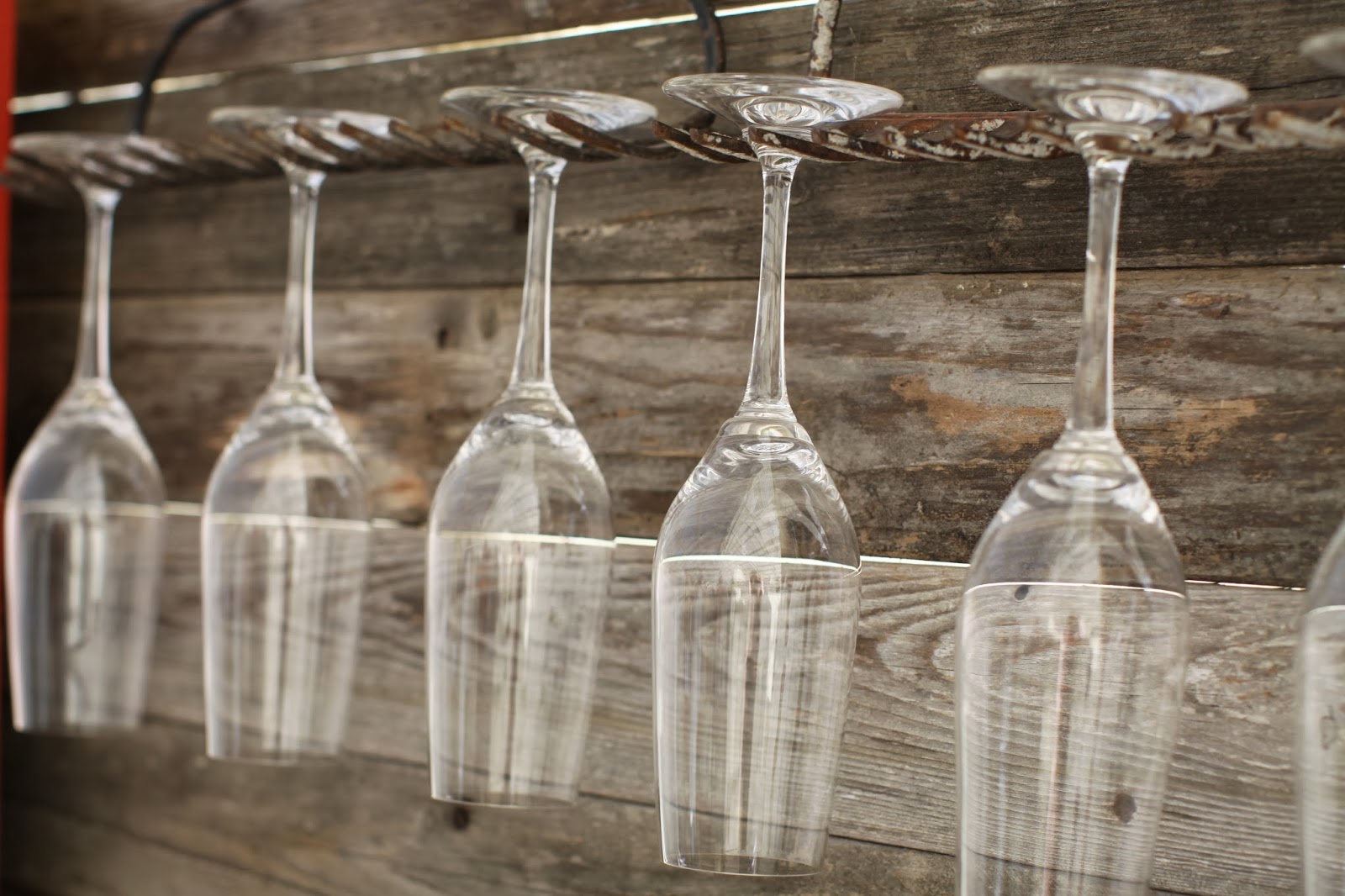 Mark and I need more wine like Imelda Marcos needs more shoes, but we purchased six bottles of the delicious mead anyway. When we returned home, and I was doing some research for this post, I discovered that there is a renewed interest in mead across the country. According to an article that I found in the New York Times, there is a renaissance  in the making of mead.
One of those purchased bottles of Heidrun sparkling mead made from California avocado blossom honey was sent to Michelle in Arizona, so that she, Jay and Maddie could taste it. I am sure they are going to love it as much as Mark and I do.
To purchase mead or to go on your own tour at Heidrun, call the meadery. Tasting is by appointment. 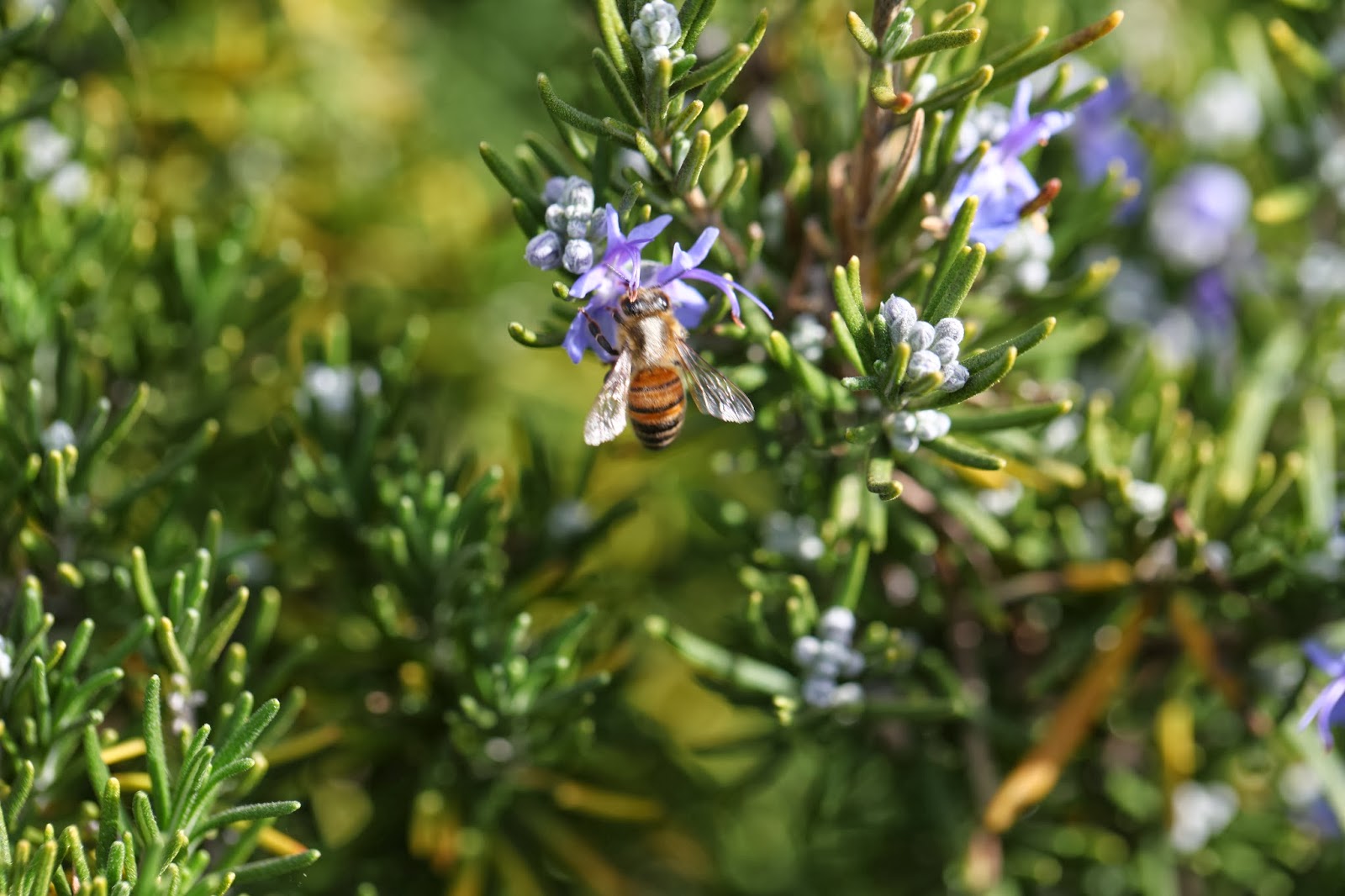 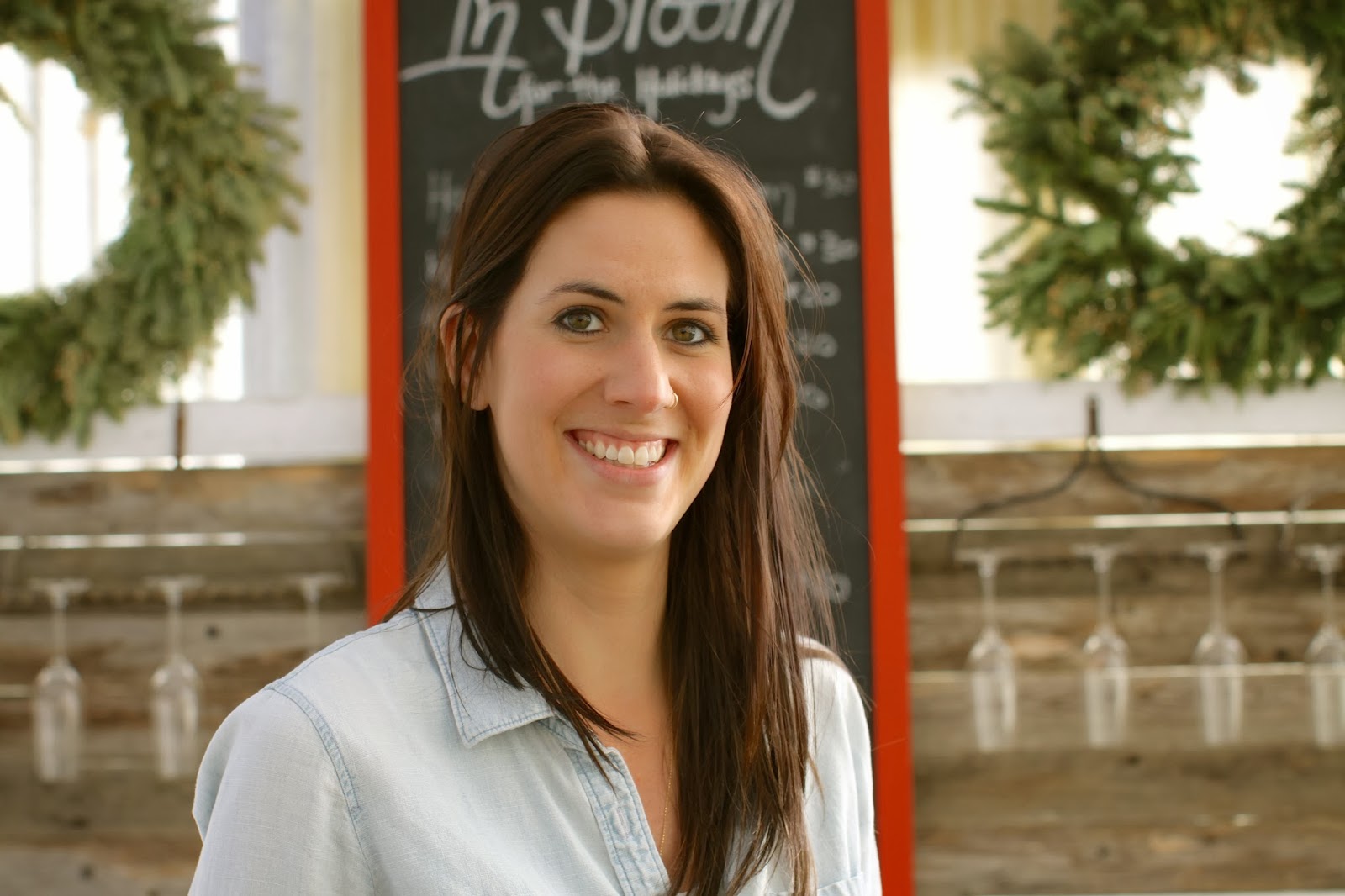 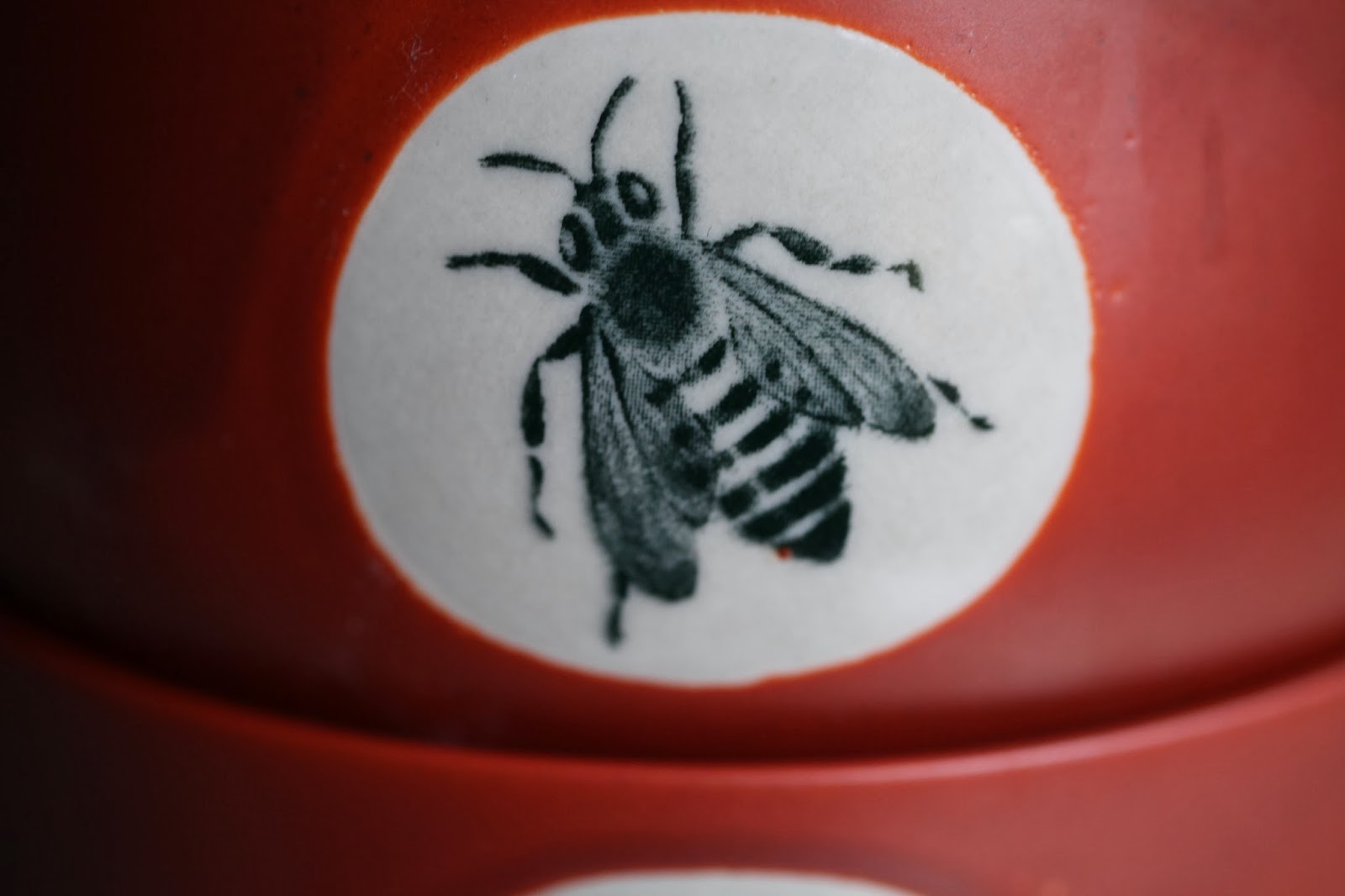 Sometimes simple treats are the best. Since popcorn is one of my favorite snacks, I came up with this recipe as a way to have a little something sweet in the evenings, without having refined sugar (which I am making a concerted effort to eliminate from my diet). For interesting info on the benefits of raw honey click here.
The salted honey butter popcorn is nicely complemented by the Heidrun Sparkling Mead. The mead is a perfect choice because of its dry character profile, and creates a perfect pairing with the salty sweetness of the popcorn. 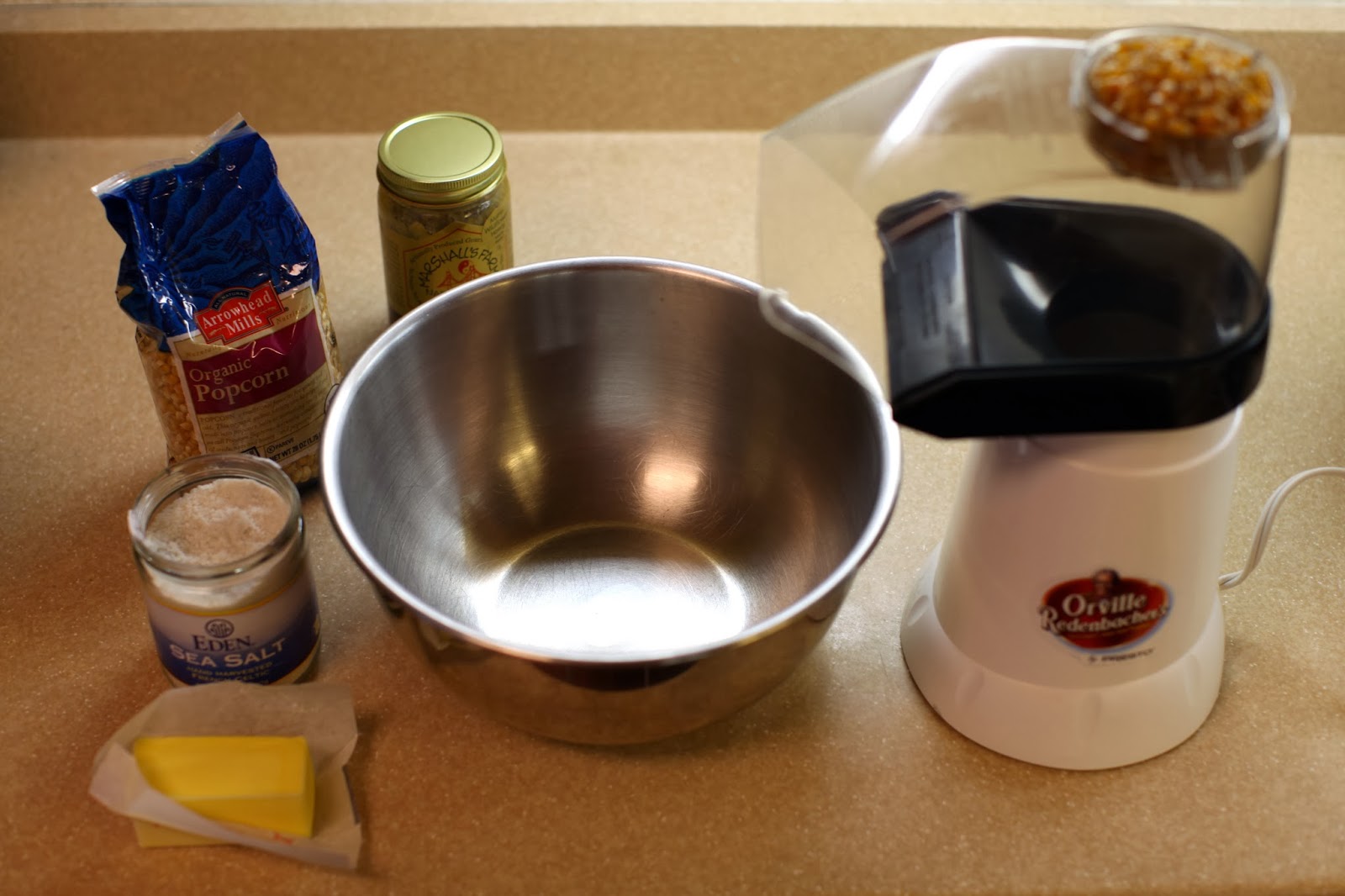 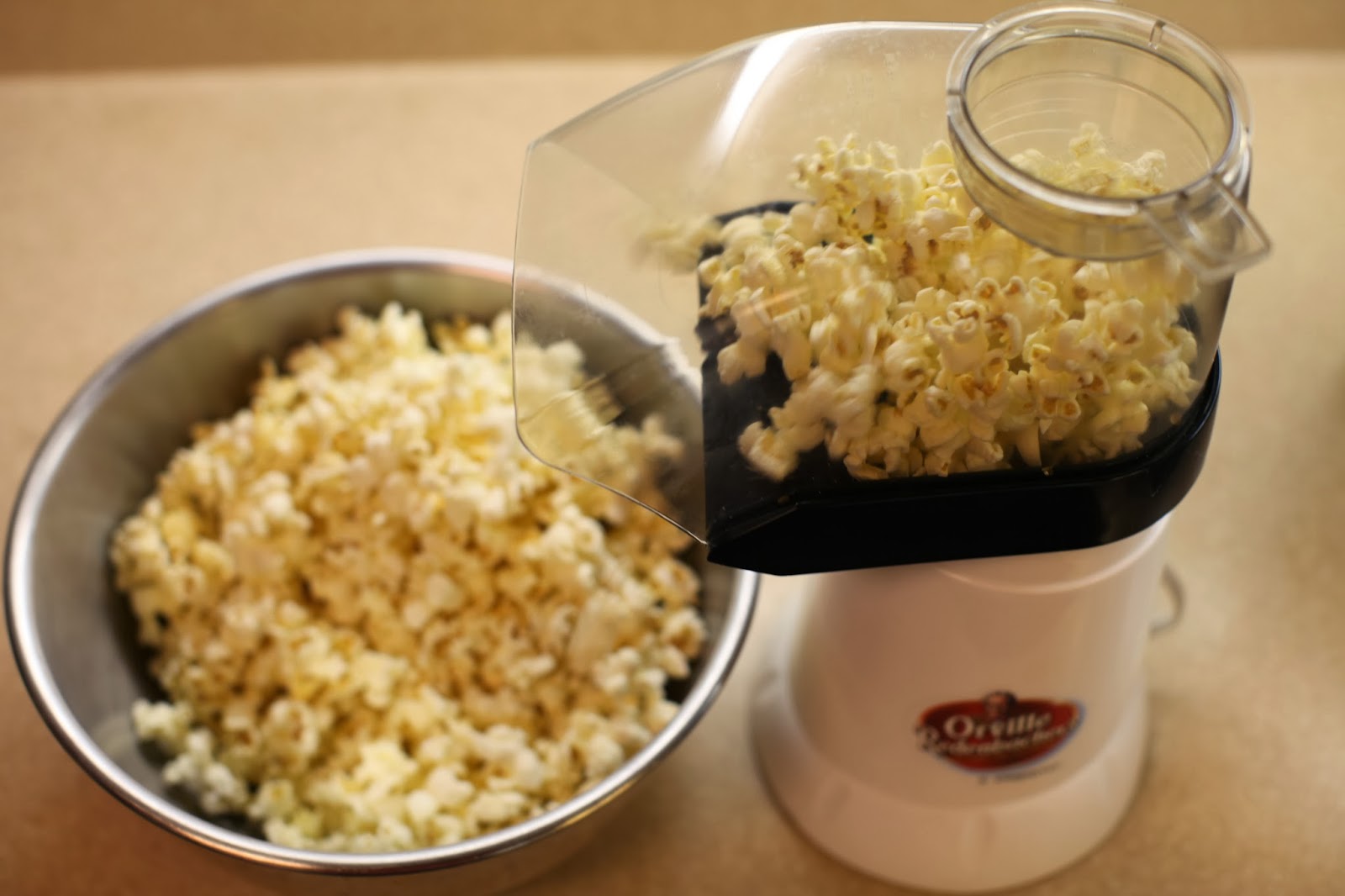 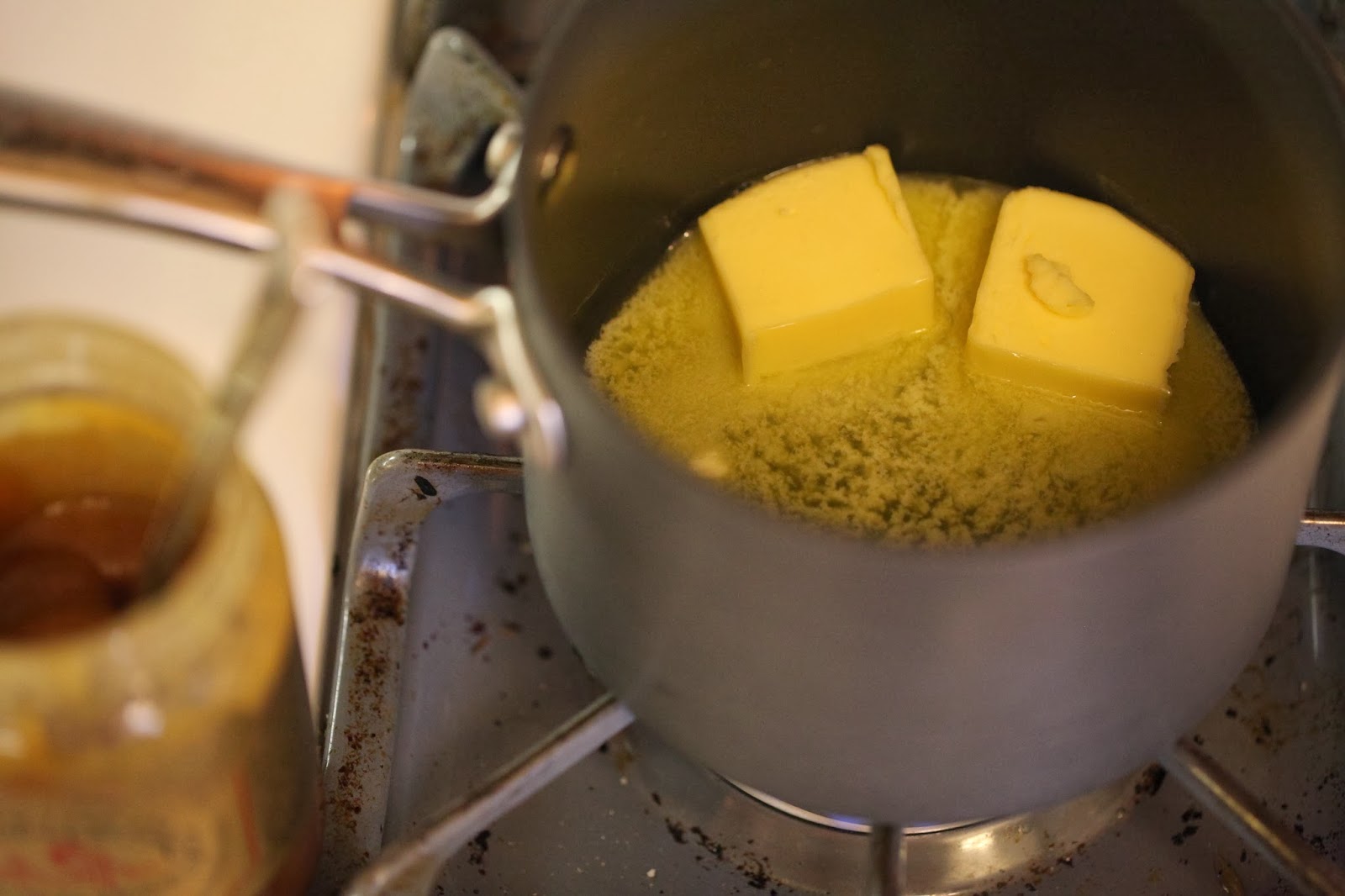 1. Place 1/2 stick of butter in a small saucepan and melt over a low flame.

2. Measure popcorn and place in the popcorn maker. Turn on.

3. When the butter is melted, stir in the honey and heat only until incorporated into the butter. Heat destroys the healthy properties of honey, so heat as little as possible.

4. When the popcorn is finished popping, drizzle honey butter mixture over the top of the hot popcorn. 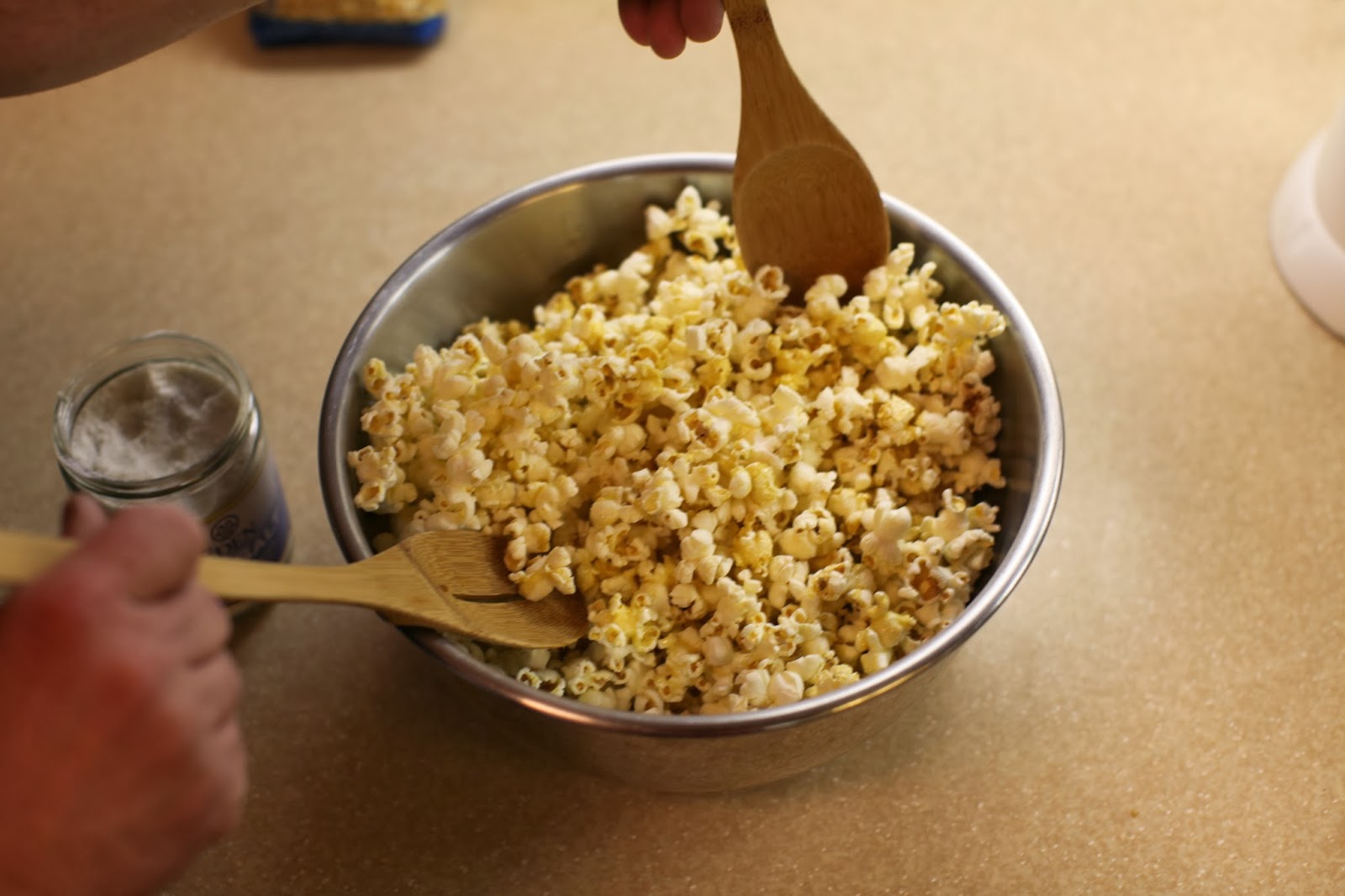 5. Sprinkle salt on the top to suit your own taste, mix well (the two spoon technique works best). 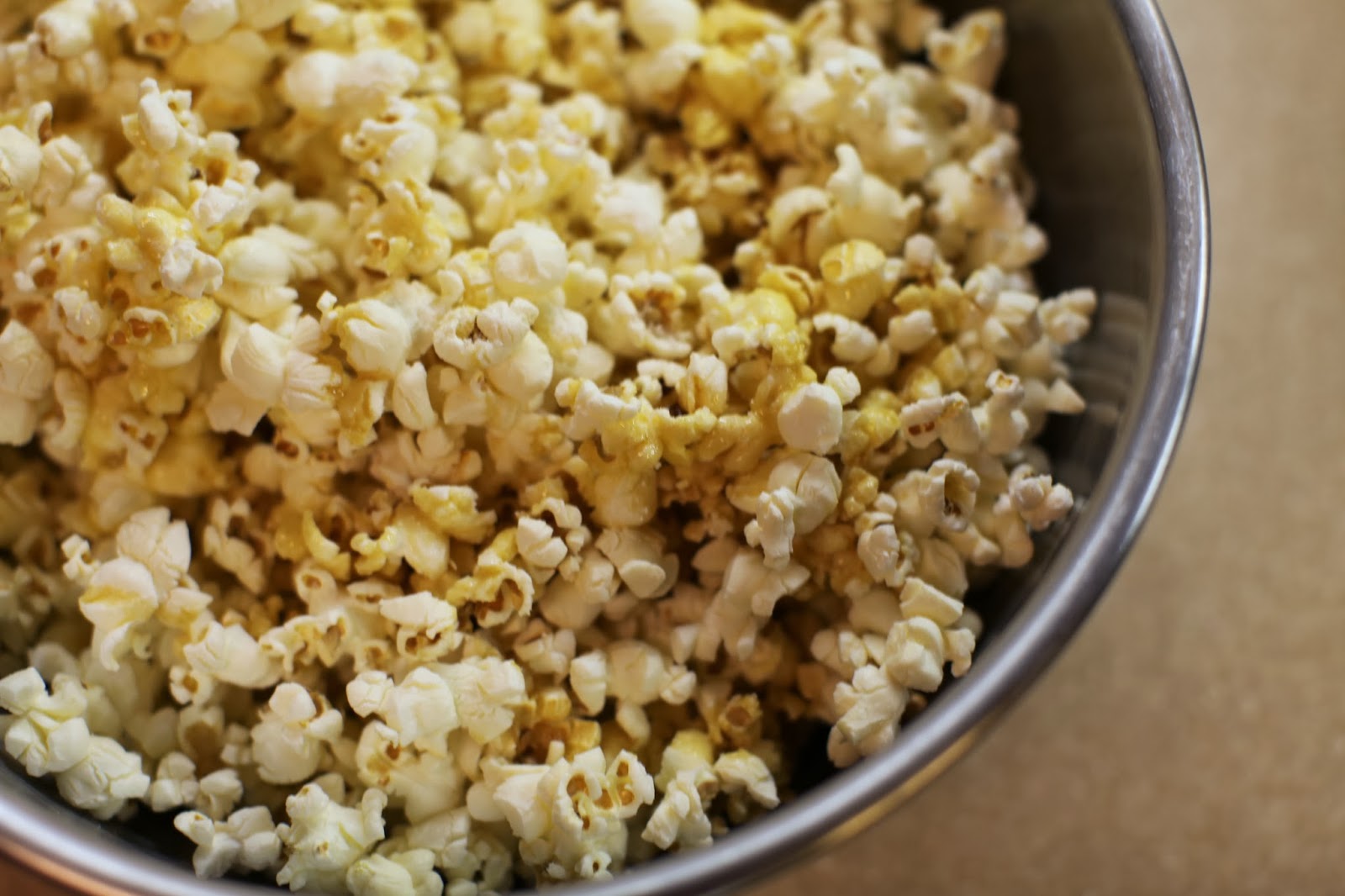 7. Drizzle on a little extra honey if desired. 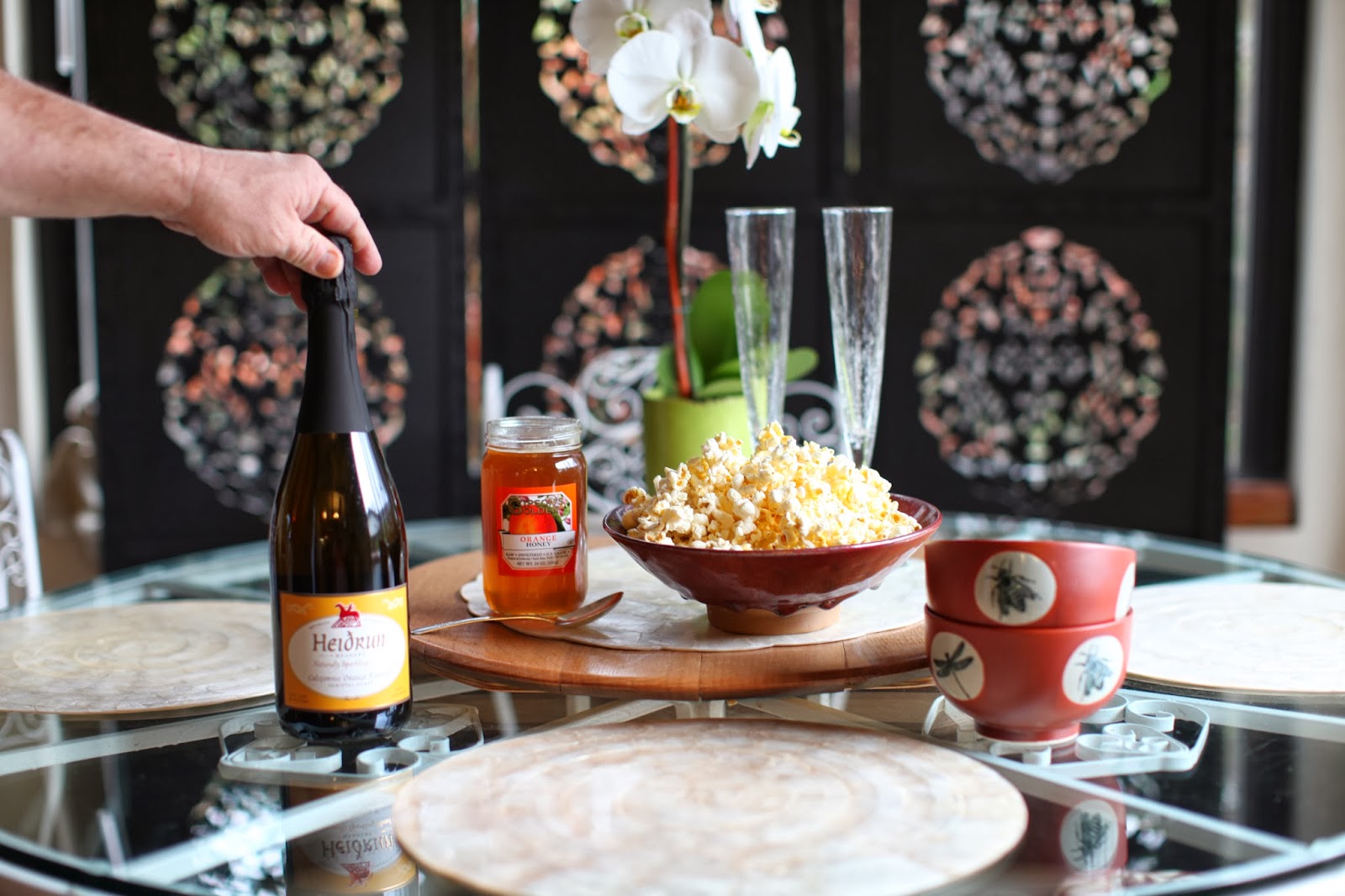 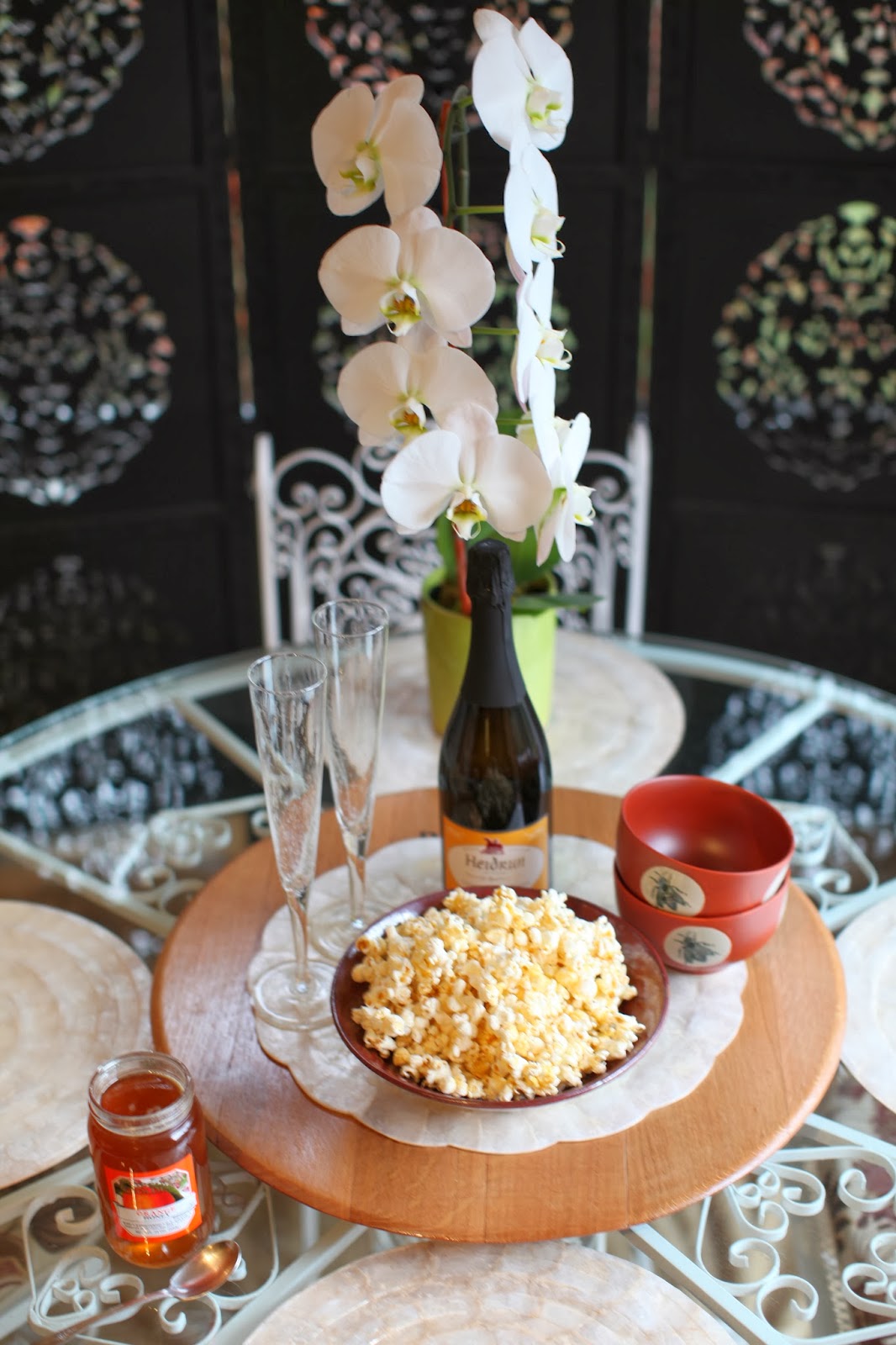 Posted by Salvation Sisters at 4:13 AM